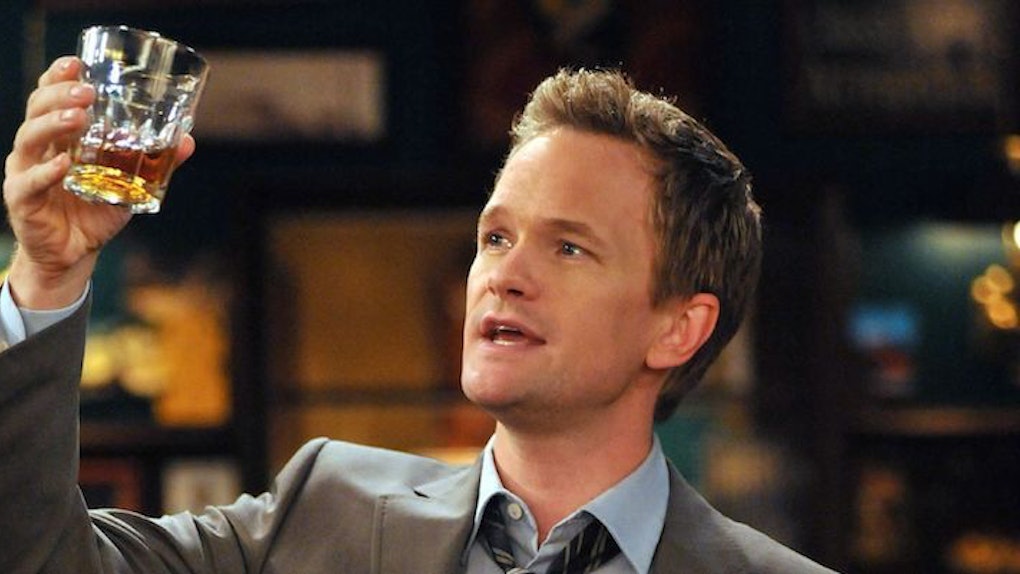 How I Met Your Mother/20th Television

If you're a fan of "How I Met Your Mother," you know Barney Stinson, played by Neil Patrick Harris, was filthy rich.

But, you probably don't know just how rich he was.

Well, one intrepid Redditor, who goes by Sir-Zeph, attempted to figure out just how much money Barney made in a given year.

Sir-Zeph didn't have a whole lot to go on, so he based his calculations on the number of suits Barney owned.

The math is a little convoluted, as you might expect, but the final figure seems appropriate. According to these calculations, Barney made $1,173,312 a year.

That's a lot of dough. And since the number is based only on suits, Barney probably made considerably more.

Here is how Sir-Zeph came to that number. Just don't think about it too much.

In Unpause (S09E15), it is revealed that Barney spends 1 Crapload on suits a year and he makes 16 Craploads a year. Barney also says that Robin's family's wealth amounts to 6000 Canadien Craploads.

In Game Night (S01E15), it was stated that Barney has been wearing suits since 1998, which translates to a period of 15 years up to the point of his wedding. Hence it can be concluded that Barney purchases 14 suits a year on average.

In Miracles (S03E20), Barney is hit by the bus and later in the hospital reveals to the gang that they had to cut his suit.

In The Naked Man (S04E09), Barney attempts to score with a blonde, who rejects him and kicks him out on the street without his clothes and his phone. Now that adds 2 more suits to the count.

In The Front Porch (S04E17), it was revealed that Barney sleeps in his specially tailored Suitjamas. Now assuming that he wouldn't bring a flashy green suit and his suitjamas to wear at the wedding, it is safe to assume that these 2 suits weren't in the adjoining room. This adds two more to the overall count.

In Girls Vs Suits (S05E12), Barney accidentally rips a suit which is a loss of 1 suit from his overall collection of suits owned in the span of 15 years.

Citations: Someones Worked Out How Much Barney Stinson Actually Earned On How I Met Your Mother (Lad bible)