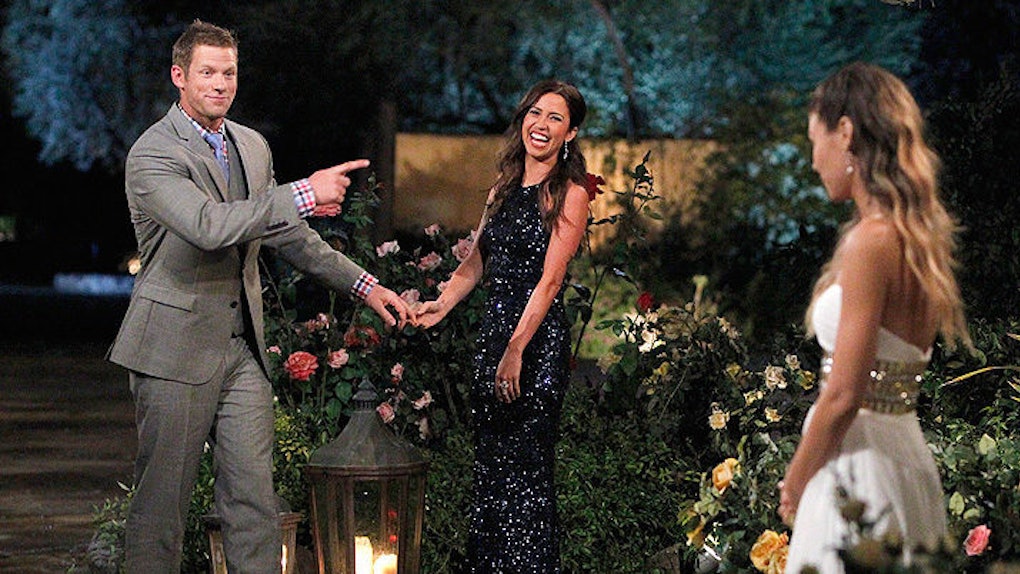 How 'The Bachelor(ette)' Operates As A Psychological Experiment

Throughout the 15 years, 19 seasons and countless bouts of ugly crying, the American reality show, "The Bachelor," has been highly successful in pulling on the heart strings of viewers all over the world.

The television dating game show is centered on a single bachelor or bachelorette who is “looking for true love.”

He or she is given a group of 25 contestants from whom they are supposed to select one to marry at the end of his or her journey through a combination of one-on-one and group dates.

Women and men across the world have been indulging in the quest for love these bachelors, bachelorettes and contestants are so desperately seeking.

Although this show has received immense popularity throughout its run, that same amount of criticism has also been thrown around.

As a major "Bachelor" fan, I am totally one of those girls who gathers her friends for Monday night viewing parties while screaming at the television when her favorite contestant does not score a rose.

But, I also recognize the extensive amount of psychological happenings and stratagem that takes place.

Specifically discussing "The Bachelor," imagine spending every waking minute with 24 other beautiful women all competing for the same man’s attention. This could truly be the definition of hell.

It's hard enough to spend copious amounts of time with one woman you’ve just met (ladies, you understand), let alone this immense number (with constant access to open bar).

The journey that both the bachelor and the contestants embark on is one that somewhat resembles an alternate universe.

For the bachelor himself, when else would he be given this many women at once, not to mention ones who swoon at his every smile?

And, for the contestants, where else would this polygamist-like situation openly take place, let alone be applauded?

With emotions heightened as every feeling, action and word are not only caught on camera, but often mentally archived by both the bachelor and viewers, this show acts as both a sociological and psychological experiment displayed on national television.

As the show progresses, dates begin to take place in foreign countries with breathtaking scenarios such as riding elephants in Thailand, a helicopter ride over Ireland or zip lining down a mountain.

Needless to say, it's hard not to fall in love (or think you are in love) when you have amazing experiences to share together.

What's most intriguing, however, is the way in which the contestants act when put into these situations, specifically group dates.

Group dates exemplify the experimental group in which they are exposed to the independent variable (the bachelor or bachelorette).

The girl you thought was “stone cold cool” or “miss crazy cakes” could turn out to be the complete opposite as the show moves forward.

The main criticism the show receives is its inauthentic and unrealistic setting for people to find true love.

The show faces claims it often deceives the audience with tactics such as misleading editing and contestants being coached in what to say or how to behave.

While there is no concrete evidence to support these criticisms, I think you can seek out the good and bad aspects in anything. Regardless of its disfavor, the show still performs very well in ratings, which can be attributed to its devout viewers known as the "Bachelor Nation."

It seems as though "The Bachelor" operates on an unusual yet interesting tension that its viewers eat right up.

Whether looking at the show through a lens of someone who loves dramatic reality TV, or someone who sees the science behind it, or someone who simply enjoys the thrill of the early stages of infatuation, "The Bachelor" offers viewers a one-hour escape into the emotional roller coaster that is the pursuit of love (real or not).