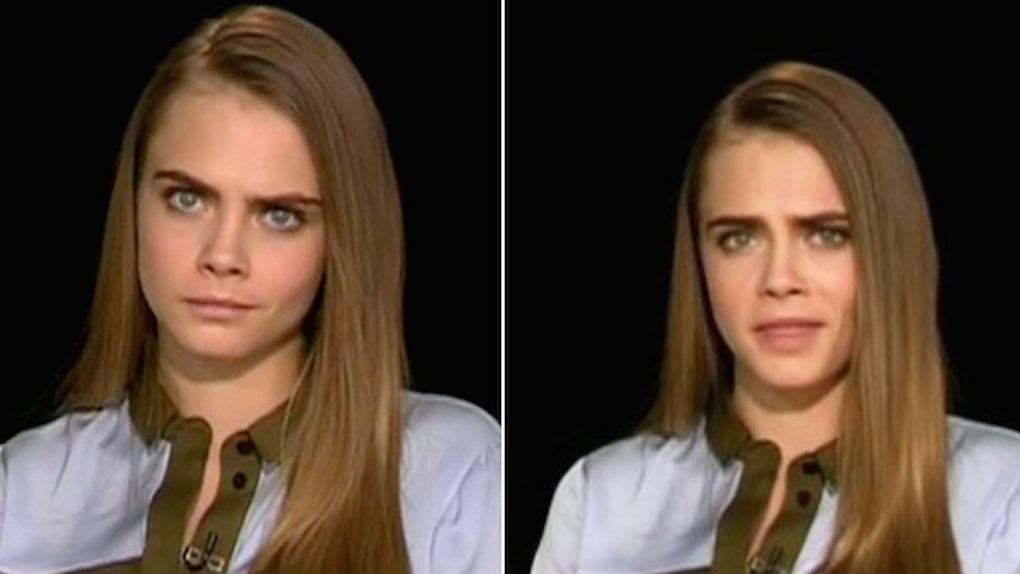 This Interview With Cara Delevingne Is The Most Uncomfortable Thing Ever

Cara Delevingne is the Renaissance woman of her generation.

Aside from being one of the most recognizable faces of today's fashion industry, she recently branched out into feature films, television and the occasional music video.

I doubt I'm alone in wondering whether or not there is a medium the 22-year-old does not shine so brightly in.

Well, it seems live morning television might just be the medium that does not rank among Delevingne's many fortes.

The ingenue appeared via satellite to speak with the hosts of “Good Day Sacramento” and promote her new movie “Paper Towns,” and the hosts were not super keen on Delevingne's sarcasm.

When the panel of three chipper hosts asks why she seems “less excited” during this particular interview than those of previous weeks, the interview took a real turn.

About three minutes into the derailed interview, one host suggests to Delevingne,

Go take a little nap, maybe get a Red Bull. How 'bout that?

The interview ends abruptly, and the hosts continue to discuss Delevingne's behavior in her absence.

The host in the powder blue suit reasons,

You make $5 million for six weeks worth of work, you can pretend to talk to 'Good Day Sacramento' with some UMPH!

Sarcasm and snazzy suits aside, three-on-one doesn't seem like a fair fight. It does, however, make for some awkward live television.