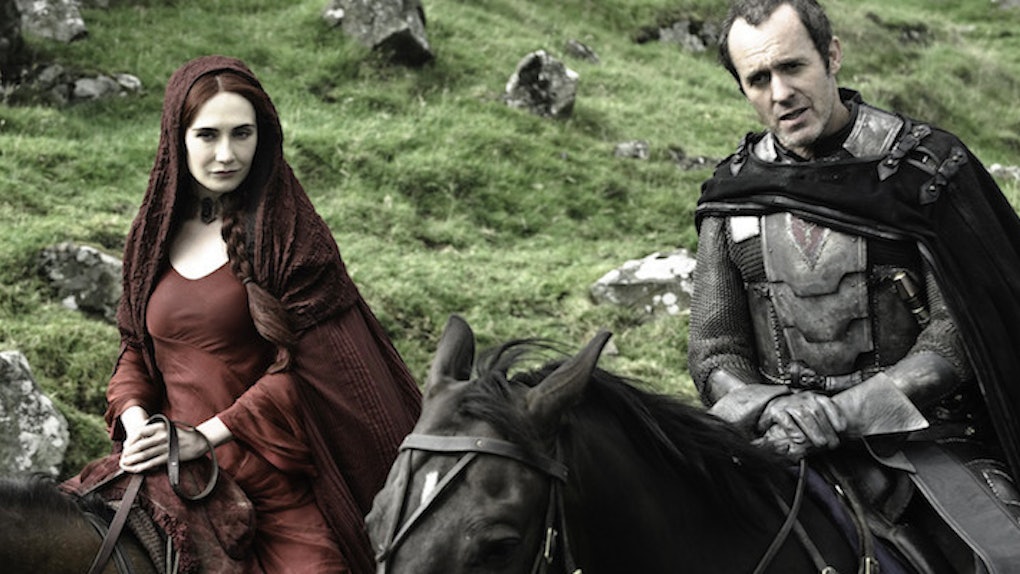 Assault Scenes On TV Need To Be Portrayed Differently

As the fall kick-off of new TV seasons begin to roll in, it's hard not to think about how much TV has continued to allow more and more to be shown. More nudity, more violence and more graphic content overall.

Think about how many shows in the last 15 years have had a mass shooting.

Those episodes had you on the edge of your seat. They got your heart pumping, they drew you in and they made you feel like what you were watching was important.

But how many of them actually used the scene to make a real stab at empathy? Or to help you understand what real victims might be going through?

How many TV shows use assault scenes to help you understand what real victims might be going through?

How many used them as a thrill, a plot point to draw viewers in that actually had nothing to do with understanding the real and very traumatic event?

Only later do you realize there are actual people who've lived through similar events, and only once that happens does a sense of remorse wash over you for being entertained by it.

As we experienced a continued escalation in real mass shootings, the number of people who personally (or through family) experienced the trauma of a shooting has increased.

The entertainment “thrill” value of these episodes was overshadowed by the factual devastation.

These episodes didn't do enough to reflect on the emotional depth of a real world event, so they felt shallow and exploitative, betraying the real emotional trauma instead of therapeutically investigating it.

As a response to this, the last few years have been met with an increase in a different exploitation: rape.

"Game of Thrones" repeatedly uses rape scenes. To date, there have been 50 rape acts and 29 different rape victims.

"GOT" just ended its sixth season, which means the show has averaged 10 rapes per season. How can you fit a solid plot line around all of the rape being staged?

What we need to do is examine how the consequences of rape are addressed, if the show is actually aiming for empathy and whether the creators of the show are skilled enough to use their show to talk about rape, rather than using it to boost ratings and drama.

We need to examine how the consequences of rape are addressed in TV.

And we need to talk about how actual depictions of rape, regardless of the aim for empathy, affect us.

Shows are now seeking out the opportunity to deal with sexual assault in their storylines.

It's understandable to want to address what other shows are addressing, but are you trying to use someone's worst memory for the purpose of causing shock or causing healing?

Shows such as "Orange Is The New Black," "Private Practice" and even "Inside Amy Schumer" have used their televised platform to share on the topic of rape.

Of the shows I've seen (which isn't everything ever made, but still make up a pretty long list), one of only a couple that “well-represented” rape was "House of Cards."

House of Cards is a show where the characters present almost zero morally redemptive qualities, but in season two when Claire was face to face with her rapist years later at a public event it's clear the emotional damage is still present.

Beyond that, we also see the way she's managed to regain control of her life, worked through her torment and continued working into an incredibly powerful (and terrifying) woman.

Second to that is "Downton Abbey" because the focus was not on the rape scene. We didn't even see it happen, graciously. Though the shocking and violent lead up to it was deeply upsetting.

The focus was -- rightfully so -- on the aftermath of devastation being raped has on a person.

The unseen rape occurred in the last 10 minutes of the third episode of a season, and what followed was a season of following Anna through the process of dealing with what happened to her and how to begin to feel comfortable loving her husband again after her assault.

Unfortunately, far too often we call this brave.

We say it was “handled well,” “portrayed well" and it's spreading awareness.

But in reality, the majority of the time these episodes are casual plot devices used to inject drama into the series without actually taking the time to address the seriousness of the event.

It's not “shedding a light” on a real issue.

For many shows like "Private Practice," the episode involving rape was a singular episode where we didn't see the evolution of the victim's processing.

Not only are we being shown more and more objectifying portrayals of non-consensual sex, we're also being fed shallow versions of rape victims which utterly fail to address the horror and psychological fallout of sexual assault.

We're being fed shallow versions of victims which fail to address the psychological fallout of rape.

There is WAY too much focus on the rapists, the aggressors and the takers. We don't get to see how the survivor makes it through their pain.

For the assailant the moment that matters most is the attack itself, for the survivor it's the fallout. How to pick up the pieces and process through the grief of what's happened.

We don't see how it affects their relationships, their ability to trust and feel safe. We're concentrating on the entirely wrong part of the understanding.

I don't particularly have a solution for how to “fix” rape in television. It's graphic, brutal, violent, repulsive, hard to explain and complicated to discuss.

It makes me furious how much of it exists. But I believe these rape scenes can be used in a positive way if producers focused more on healing, recovering and strengthening the survivors.