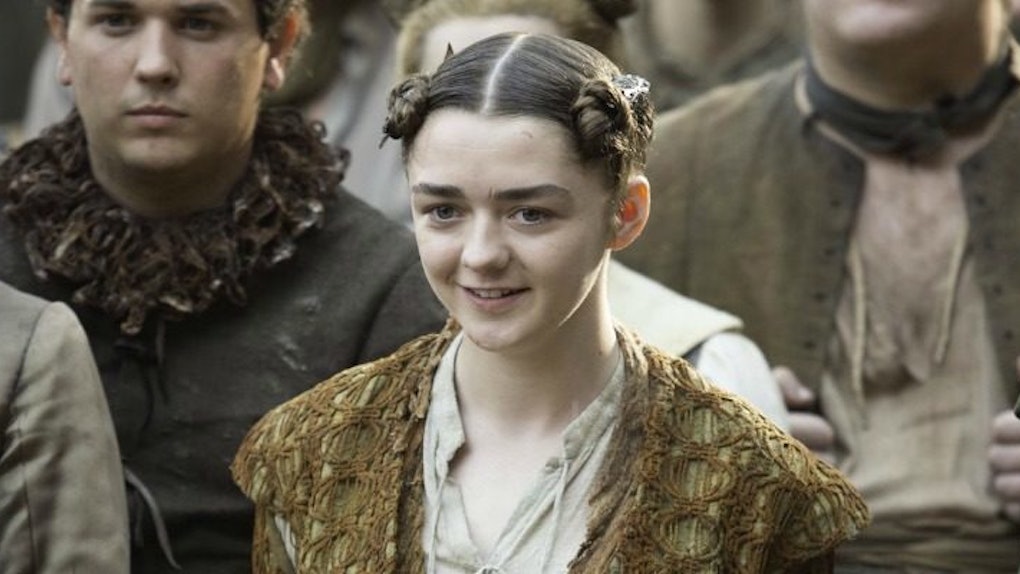 During season six episode five of "Game of Thrones," Arya Stark is told by Jaqen H'ghar that a girl must choose, to which Arya responds by saying a girl has already chosen.

Whether you realize it or not, we knew then Arya Stark wasn't going to poison Lady Crane as she was instructed to do. During season six episode six, "Blood of My Blood," Arya watches yet another performance of the play within the play, sneaking away at the end to poison Lady Crane's drink.

However, after a brief conversation with the actress, Arya Stark simply cannot allow Lady Crane to drink from the poisoned glass. In addition to saving her life, Arya tells her to watch out for the young actress who's ironically playing Arya's sister Sansa.

So, what did we learn from this brief, yet extremely important scene? According to Reddit user LicoriceSticks, Arya appears to make several realizations during her encounter with Lady Crane.

During their meeting, the actress, who's portraying Cersei Lannister, says,

I remember when the plays came to my village. I didn't have any money so I snuck in, just like you. I saw the painted faces, the costumes, listened to the songs... cried when the young lovers died in each others arms. I ran off and joined them the next day, and never looked back.

As LicoriceSticks points out, this is pretty much a direct parallel to how Arya came to Braavos and became "no one" in the first place. The Reddit user also points out how Lady Crane's tears over young lovers dying could be the same as Arya being unable to separate killings from her feelings.

Arya Stark isn't afraid to kill, but it has to be on her terms.

But to be fair to myself... the writing's no good.

According to this Reddit theory, in this moment, it appears Arya Stark is confirming she's done with her training in the House of Black and White. That storyline was getting tired and going nowhere anyway, so this is more than a little believable.

When prompted by Lady Crane as to how she would change things, Arya Stark says,

The queen loves her son. More than anything. And he was taken from her before she could say goodbye... She wouldn't just cry. She would be angry, she would want to kill the person who did this to her.

Reddit user LicoriceSticks appears to believe this is Arya's way of telling us she's remembering why she came here in the first place. Arya's mission is vengeance for her father, Ned Stark, and the rest of her family. In this moment, Arya realizes her mission once again.

Arya Stark clearly doesn't, which is why she says,

I have to go, my father is waiting for me.

It's a wrap, kids. Arya Stark, along with Needle, is back.