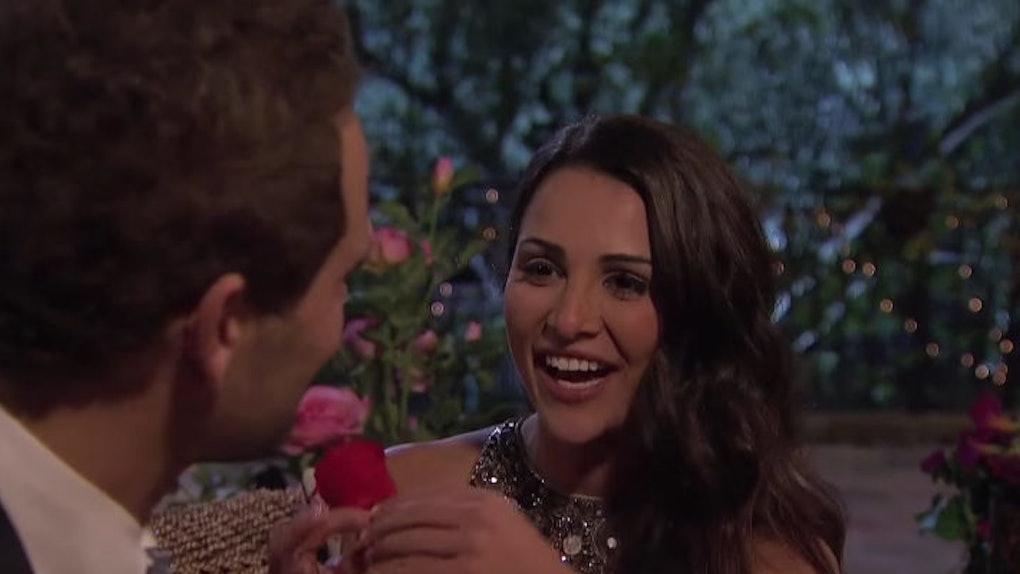 Andi Dorfman Got Real About The New Bachelor, Nick Viall

When someone you used to date (even if it wasn't serious) gets into a relationship, you should always take the high road, swallow your pride and wish them well like:

With news that former "Bachelorette" contestant Nick Viall would be the next "Bachelor," the first thought many fans had was, "What does Andi Dorfman think of this?"

Yeah, sure he was only her second choice, like CAN SOMEONE PLEASE CHECK IN ON ANDI?

In case you live in a loveless shell like a sorrowful hermit and haven't seen "The Bachelorette" Season 10, let me fill you in on all the drama that unfolded between the two.

Although Nick made it to the final round with Andi, he ended up coming in second place.

I don't know if I'd be more devastated getting kicked out the first night or in the final episode.

In an interview with ET (Entertainment Tonight, not the M&M loving alien) on Wednesday, Andi dished,

I'm happy for Nick! It's been a long road for him, but I think his intentions are pure and he genuinely wants to find love.

Well, not only does Andi want the best for Nick, we reported earlier "Bachelorette" star Kaitlyn Bristowe (who turned Nick down in the final round, too) also wished him well, saying,

I'm happy for him! Everyone deserves to find someone. I hope it works out.

Well, I'm glad these two have let bygones be bygones and wishing him well in his efforts to find true love (that's also televised in a "Hunger Games"-like fashion).