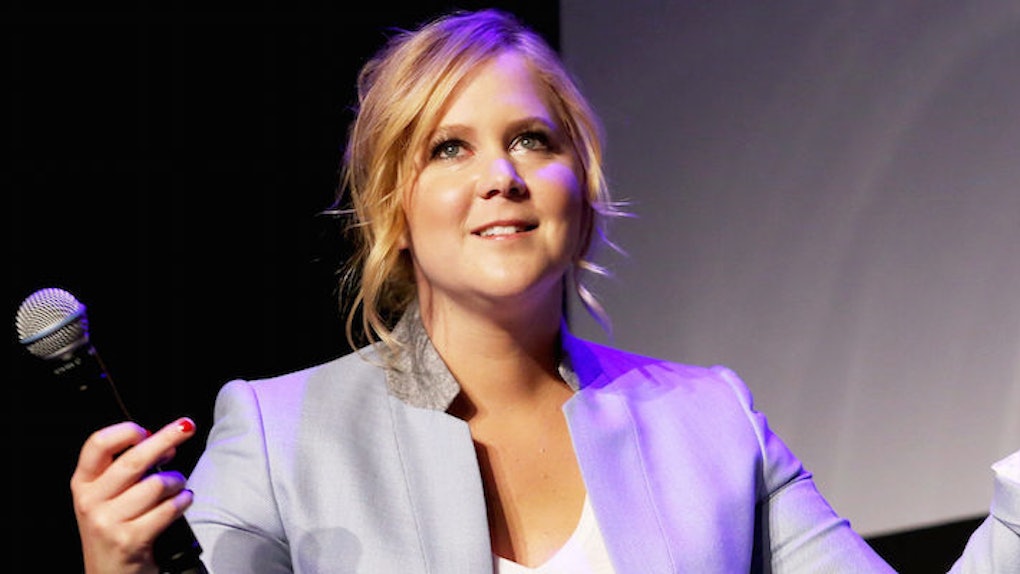 Amy Schumer Responds To Accusations She Stole Jokes From Other Comedians

In the tradition of Carlos Mencia, Amy Schumer recently came under fire for allegedly stealing jokes from fellow women comics.

Schumer was previously accused of stealing a bit about sex positions for her HBO stand-up special, “Amy Schumer: Live at the Apollo,” from late comedian Patrice O'Neal, but she maintained via Twitter on Wednesday she'd never stoop to joke theft.

I never said @amyschumer stole my joke.I just said it was the same.It's possible we both wrote it.I just wanted you to know I wrote it 1st. — Wendy Liebman (@WendyLiebman) January 20, 2016

Supporters argue Schumer's jokes are based on observations many of us make throughout our lives, making the footage equal parts damning and exonerative.

. @amyschumer does not steal jokes!!! she hasn't ever said anything funny, so that clearly proves her innocence. #AmySchumer — Reggie McRymple (@RMcRymple) January 21, 2016

Schumer appeared on Jim Norton's advice show to address the controversy. She vowed to take a polygraph and air the uncut footage on "Inside Amy Schumer."

The comic also suggested jealousy could be behind the rumors.

Both Kathleen and Wendy believe me. They know me, and they don't believe that I would do that. I think that this is like Tammy trying to get something going, I don't know. This is what happens. People, like, build people up and then they like to rip them down when they're experiencing some success.

Whether Schumer is the victim of jealous rumors or the perpetrator of a blatant scheme, a joke-theft controversy is a nightmare for any comedy-nerd turned comedy-star.

Perhaps, as a result, the next season of “Inside Amy Schumer” will be the most original and outrageous one yet.