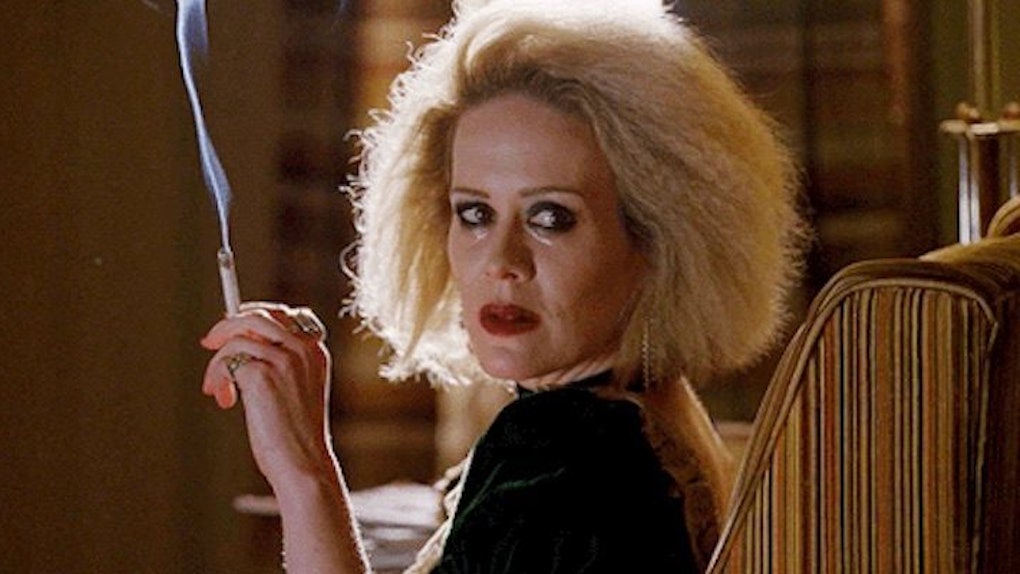 Dear "American Horror Story:" I am very stressed out about you all the time.

I really do not know if I can handle this so-called "secret season" Ryan Murphey has in the works.

I suppose it's not really a secret anymore since he told Entertainment Weekly about it.

Apparently, while we've all been trying to process all this craziness going down with "Roanoke," show-runner Ryan Murphy has been hard a work on a secret project — an experimental season of "American Horror Story."

In the interview with Entertainment Weekly, Ryan said,

It's my secret season. I've been working with a writer on a season that only he and I know. It's like a two-year project that we'll continue to work on the sly and not tell anybody. I don't know when it will [air] but it's also an experiment. It's a different way of doing it. It's one person writing all episodes. I don't know if it's going to work but it's like, well, let's try that. We might get them done and shoot them on the sly and drop it.

So, not only is this secret season experimental, it's also going to leave us completely, totally at the mercy of Ryan Murphy?

I guess keeping season six's theme a mystery until the season premiere hasn't satiated Ryan Murphy's need for secrecy. The man is secrets-obsessed.

In the meantime, the rest of us are still stuck trying to figure out what the heck is going on in "Roanoke."

We've got all these Puritan ghosts to deal with, Cuba Gooding Jr. and Sarah Paulson are living in Murder House 2.0 and children are getting kidnapped.

Ryan Murphy, when will you let us rest?

Citations: Oh, Great, Now We Have a Secret Season of American Horror Story to Worry About (Vulture)