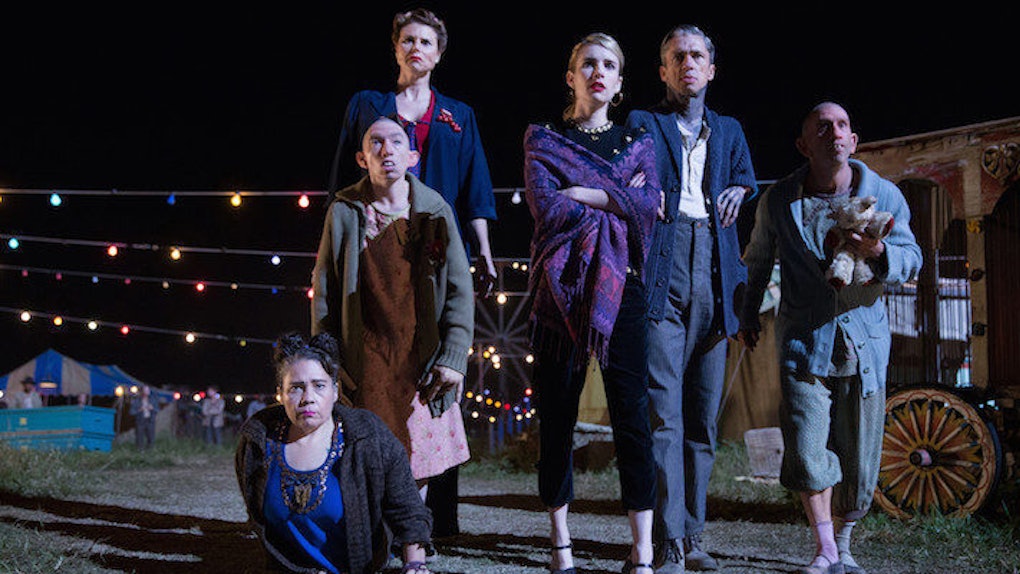 'American Horror Story: Roanoke' Is Connected To 'Freak Show' In A Major Way

Despite the number of diversions he threw our way as we attempted to figure out the theme of “American Horror Story” season six leading up to its premiere, Ryan Murphy recently assured fans the payoff is well worth it.

Now, Ryan Murphy has assured us he's making good on his 2014 promise to reveal how the worlds of seasons one through six of “AHS” are linked.

Two years ago, during season four, RyMurph confirmed to Entertainment Weekly the seasons were “all connected.”

We saw small links that season — “Freak Show” gifted Pepper and Sister Mary Eunice from “Asylum” with a bit of backstory — but “Roanoke” is shaping up to be the linchpin of the “AHS” universe.

I will tease that we see the return of the Mott family. Dandy Mott is a favorite of mine from season four. We sort of see distant relatives. And there's a lot of great, familiar people that have come through the seasons, you know, the first five, who fans have missed, who I've always tried to get.

Though Murphy admits many of these familiar faces “have been unavailable” when asked to return in the past, he insisted he “booked them far enough in advance this year that they're back.”

Just like a super rich dad on an episode of “My Super Sweet 16,” Murphy will spare no expense to get his fans the stars they want to see this season. If you're starting to tear up, go right ahead and lean into it. Have a hard cry. Someone loves you and his name is Ryan Murphy.

This is sort of the year, I think, where you see the greatest hits in terms of actors of 'American Horror Story' and they all love doing it.

Greatest hits. Wow. Does that… Oh God… does that mean…