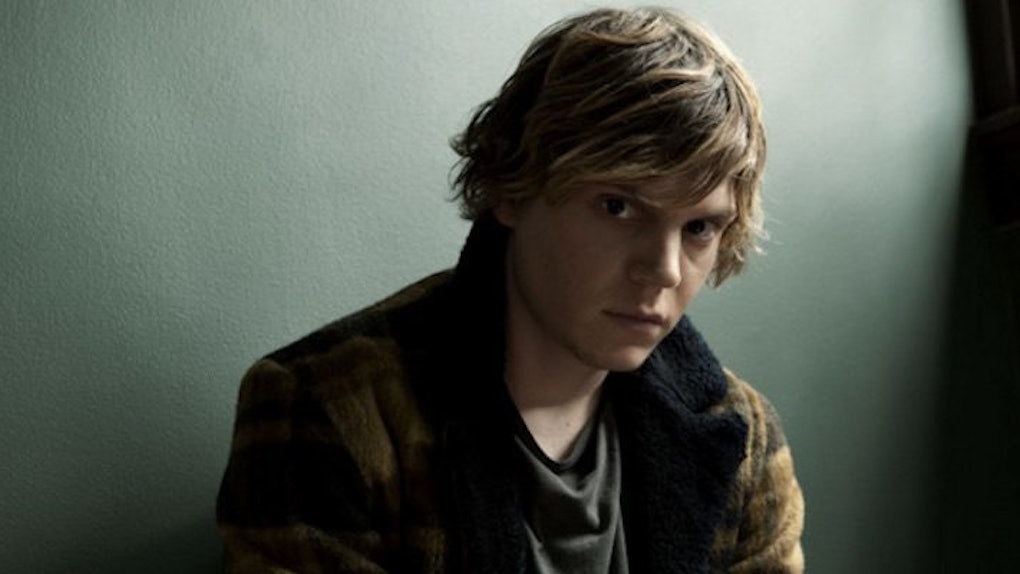 We are merely weeks away from the new season of "American Horror Story," and based on the teaser, it's gonna be hella creepy.

It's probably safe to assume that the character that Evan Peters plays this season – Mr. James March – isn't going to be having a very pleasant time.

So, before we delve into all that juicy murder and horror and whatnot, let's take a moment to reflect on a more innocent time in Tate Langdon/Kit Walker/Kyle Spencer/Jimmy Darling/James March's life.

You see, before he was any of those murder-prone people, Evan Peters was just a clumsy skateboarder trying to get the girl. I am talking – of course – about his role in the cinematic masterpiece from 2004, "Sleepover."

You probably know Evan as the cool/dangerous psychiatric patient with a dark secret.

And more recently, you got to know to him as this creepy serial killer with a terrible mustache.

Perhaps you also know Evan as the funny but badass Quicksilver from the new "X-Men" movies.

But none of these roles compare to his character 12 years ago, as Russell "SpongeBob" Hayes in the 2004 film, "Sleepover."

Look at him in his headband, holding up a bra. Tell me this isn't the most important Evan Peters role of all time.

LOOK AT THAT DORKY SMILE!

LOOK AT THE WEIRD WAY HE MOVES HIS MOUTH!

LOOK AT HIM ATTEMPTING TO SKATE!

Now, please take a moment to appreciate the face he made at the "Sleepover" red carpet.

And yes, this is the outfit Evan Peters wore to one of his first big movie premieres.

In conclusion, before "American Horror Story," Evan Peters was neither cool nor dark. It's delightful.

Bonus: Here is Evan Peters in his very first acting role, in the 2004 film, "Clipping Adam."