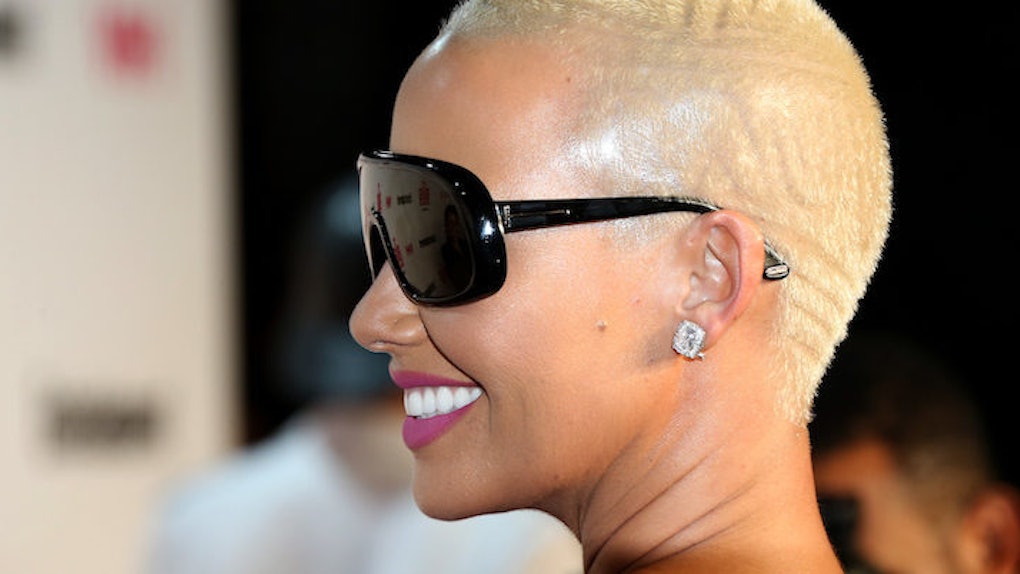 Love her or hate her, there's no denying Amber Rose is one seriously badass woman.

During an appearance on new OWN talk show, “It's Not You, It's Men,” Rose perfectly shut down hosts Tyrese Gibson and Rev. Run for failing to grasp the meaning of the word “consent.”

It all started when Gibson naively compared the tendency of men to want to grope a provocatively-dressed woman to basketball fans wanting to play a game with a person wearing a basketball jersey.

Aside from not making much sense (how are those two things the same?), Gibson's metaphor implies a woman's choice of dress is somehow indicative of her willingness to have sex.

Rose was not having any of Gibson's outrageous mansplaining.

She fired back at the host, saying,

If I'm laying down with a man, butt naked, and his condom is on, and I say, 'You know what, no, I don't wanna do this. I changed my mind,' that means no. That means f*cking no, that's it. It doesn't matter how far I take it or what I have on. When I say no, it means no.

Gibson's co-host, Rev. Run, then took a turn in the ringer, arguing there is “some validity” to the idea that one should dress how they want to be addressed — a subtler way of saying that women who dress provocatively are asking to be harassed.

Again, Rose stomped the life out of the host's weak, sexist argument.

Between this killer lesson on consent, her work to end slut-shaming, and her fearless DGAF attitude, I have to say, Amber Rose is quickly entering girl-crush territory.

Check out a clip from her “It's Not You, It's Men” interview below and see more from the talk show here.

Citations: Amber Rose on Consent: I Can Be Butt Naked Laying Next to a Dude and Still Say No (Complex)