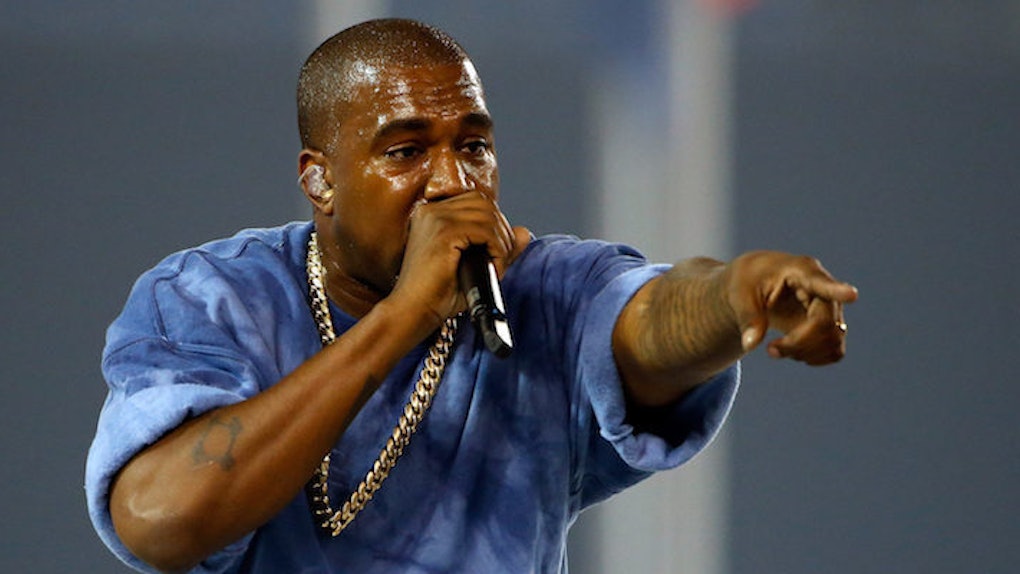 Continuing the Twitter melodrama we've been watching for the past week, Kanye announced what will most likely, probably, maybe be his official new album title.

Whatever could it be?! Can I get a drum roll, please?

Kanye's new album title tentatively is... The Life of Pablo.

Um, OK. That only leaves us with approximately 1.2 million questions. Being as coy as 'Ye is, he also had to write in the margin, "Which one?"

Which one? I don't know, Kanye; you tell me!

So before we contort our brains to figure this one out, let's just consider all the famous Pablos he could possibly be talking about.

This dude was a pretty big deal as far as painters go, and Yeezy is all about that baller lyfe. It's possible Kanye is a big cubism fan, but I see him as more of an abstract impressionism kind of guy. I'm feeling 50/50 on this one.

Is Kanye a San Francisco Giants fan? If he is, I don't think he'd name his album after the traitor who signed a five-year contract with the Boston Red Sox. Nope. Sorry, Panda.

This would make sense because Kanye writes lyrics, and lyrics and poetry go hand in hand, blah, blah... You get it.

Neruda was a huge fan of Stalin, though, which doesn't come off as very chill. Minus 10 points for the dictator thing, but plus 100 for being prolific and illusive, just like our man Kanye's Twitter feed.

This cocaine peddler controlled an estimated 80 percent of the US's coke supply, which means Kanye at least fondled a dollar with residue at some point in his rap career.

Then again, Kanye has a line in "No Church in the Wild," which goes,

Coke on her black skin made a stripe like a zebra.

I think that suggests he's a little more familiar with snow -- know what I mean?

Conclusion: This could be our Pablo.

We'll find out tomorrow if The Life of Pablo is the album title Kanye actually sticks with. Let's just hope he doesn't land on something like, The Life of Caspian, or else we'll really be f*cked.