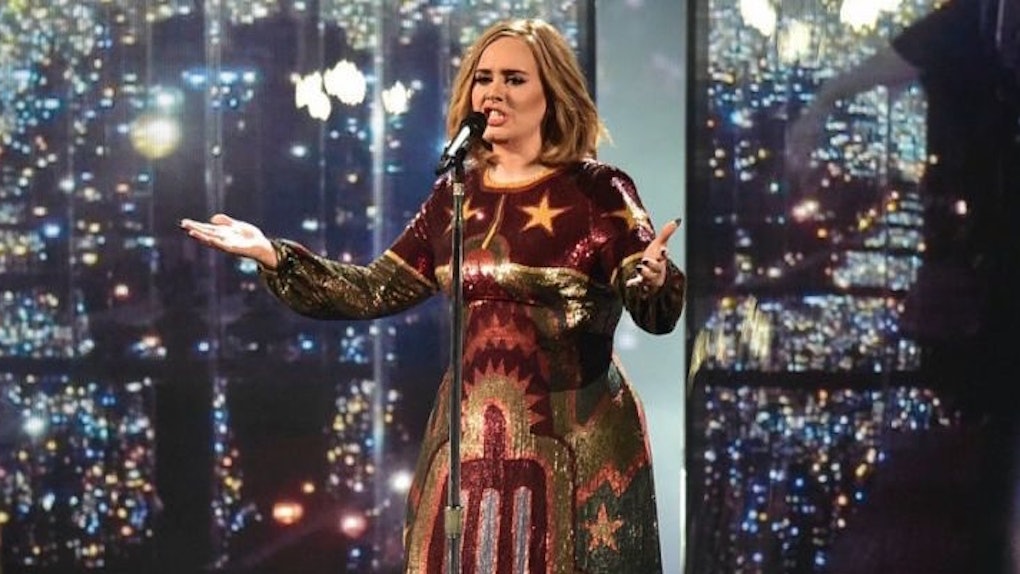 Adele's Live Performance Of 'When We Were Young' Is Absolutely Incredible

*Sobbing at work* Yesssssss, girl. GET IT! *standing ovation given toward computer screen.*

For those of you who don't know -- which is admittedly most people -- the BRIT Awards happened last night.

After the yearly reenactment of the parrot sketch from "Monty Python," a lengthy explanation of how Winston Churchill liked his tea and Mr. Bean pub trivia competition -- I assume this is how every British awards ceremony starts -- Adele performed, and frankly I don't think the world will ever be the same.

Adele S-F*CKING-LAYED it. She slayed it. It's unfair how good her performance was.