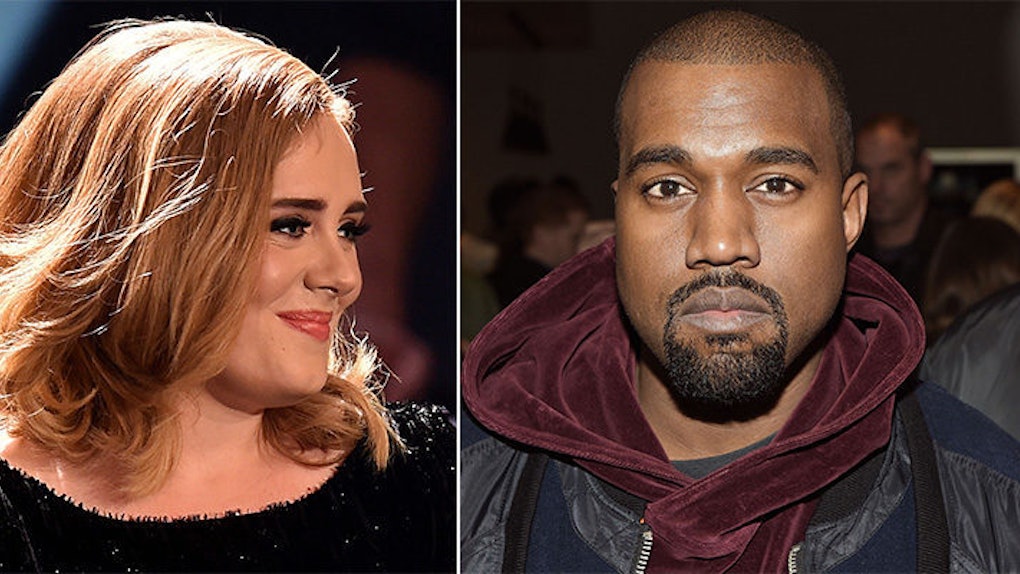 If you're dead or maybe, I dunno, just really busy this week, you might not have heard Adele rapping Nicki Minaj's verse in "Monster" on "Carpool Karaoke" with James Corden.

Well, spoiler alert, she freakin' nailed it and even won the approval of Queen Nicki herself.

But, Nicki's not the only one who was impressed. It seems Adele's "cover" reminded the world how dope that Kanye West song is.

Despite being released back in 2010, it's suddenly number eight on the iTunes Top 40 US Hip-Hop Tracks list.

It has not yet appeared on the main iTunes chart, although Adele herself is, of course, up there. But, Kanye was definitely blessed by the Adele magic touch.

I have to admit, even I've had the song on repeat since watching Adele slay it, but I just use YouTube like the cheapskate I am.

Someone tell Kanye to send his royalty checks straight to Adele!