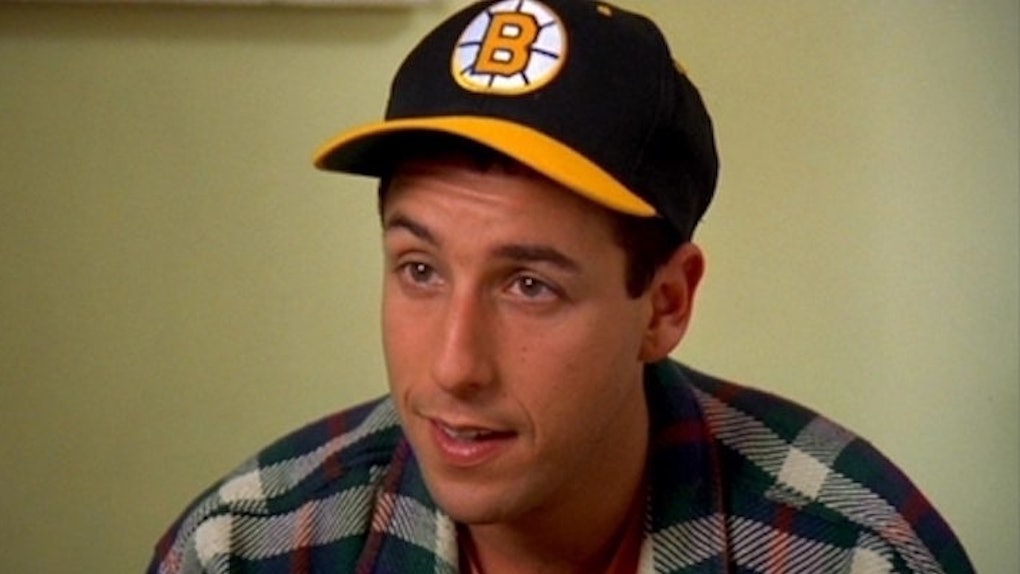 We all heard The Pixar Theory, right? You know, the theory all those fun movies about toys and monsters actually take place in the same universe?

If not, go have your mind blown because it's crazy sh*t. But now, there's a new movie theory on the scene.

It's the same basic idea, but instead of featuring cute, critically-acclaimed children's movies, it focuses on the epitome of low-brow humor and general punching bag of the comedic world, Adam Sandler.

Yep. For some reason, this masochistic soul named Shawn Kohne decided to sit down and watch every single Adam Sandler movie. And as if that wasn't enough, he analyzed every minute and found some crazy connections.

Here's Shawn's theory: All of the Adam Sandler movies, as well as some "Saturday Night Live" sketches and comedy albums, take place in a single universe.

Try your best to ignore Shawn's alarming demeanor in the video, and just pay attention to the theory, which is actually quite cool.

I have to admit (read: I proudly declare) I'm not much of a Sandler fan myself, so I had a little trouble following the video. But, I did my best to break some of the theory down for y'all.

One famous running joke you might have noticed yourself is the line, "You can do it!" uttered by actor Rob Schneider. This line showed up in a number of Sandler, or Happy Madison Productions, movies, including "The Waterboy," "Little Nicky," "The Animal" and "The Longest Yard."

Another running gag of Sandler and Schneider is the "That's a huge bitch!" line, which shows up in "The Animal," as well as in a couple of Schneider's own movies.

The third connection Shawn identifies is a man with the name Shakalu, who is in "Grandma's Boy" and also appears as a character in "That's My Boy." It is the same character, presumably.

There are also several other recurring characters and jokes connecting the movies as you'll learn if you watch this crazy video.

I have to give Shawn props. He really did his research and supported his thesis with some strong evidence.

But, I can't help feeling all this really proves is Sandler likes to recycle inside jokes.