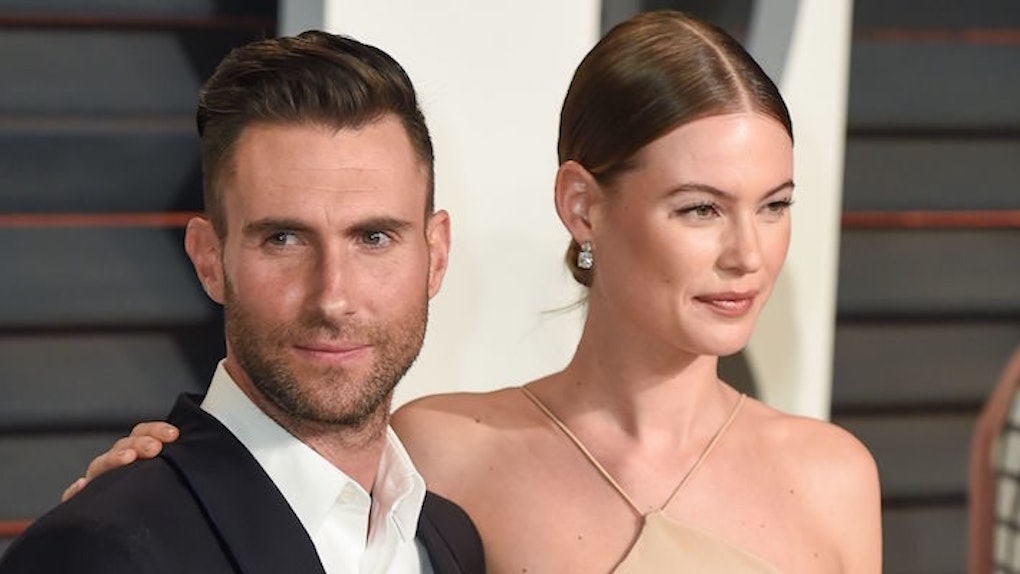 Adam Levine is definitely ready to be a father all right because only a true dad would caption a topless photo of his wife as "YOWZA."

The Maroon 5 singer posted a photo of his 27-year-old wife, Behati Prinsloo, on Instagram on Monday night, and she is looking quite pregnant.

The couple announced the pregnancy at the beginning of April and later revealed their first child would be a baby girl. They're expecting the newest member of the Levine family in September.

OK, so let's talk about this Instagram, though. Yes, Behati is looking very hot, but we all knew that already. She's a Victoria's Secret model. Old news.

Instead let's talk about this very uncool caption Adam decided to use on this very cool photo.

Yowza?! I mean, seriously. C'mon, man, you're embarrassing all of us.

Honestly, Adam Levine is such a dork it's hard to fathom how he ever ended up married to a Victoria's Secret Angel. But I guess maybe Behati is into that.

More power to you, girl. Yowza.