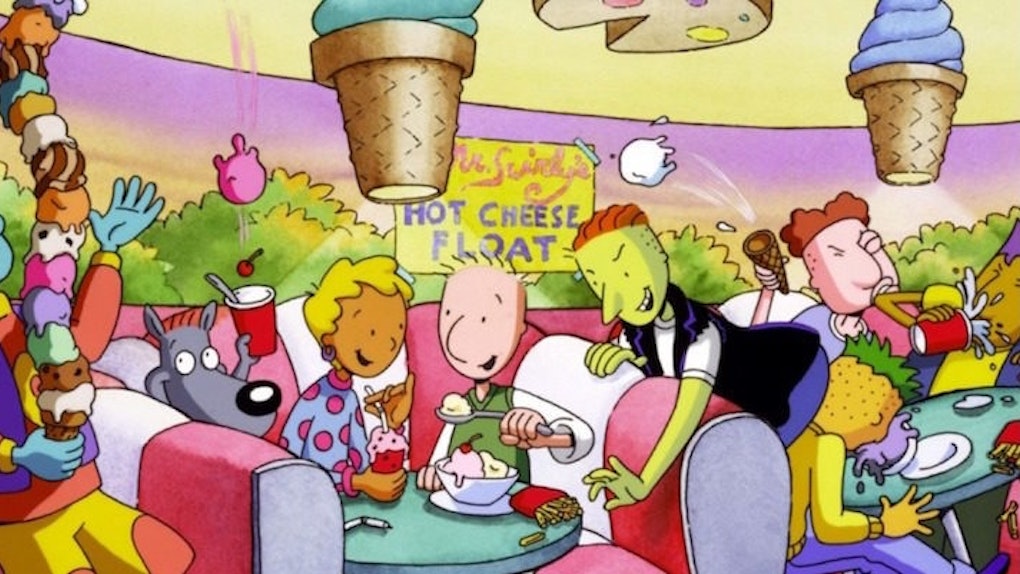 The '90s are coming back in a big way. As if the "Friends" reunion weren't enough, we have remakes and reboots of "The X-Files," "Full House" and "Twin Peaks" to look forward to.

Now, Viacom is looking to get in the game with an original movie starring a motley cast of your favorite Nickelodeon characters.

According to Collider, the NickToons movie will be directed by "Napoleon Dynamite" writer and director Jared Hess.

With that kind of lineup, it's sure to be a sh*t show of pure awesome.

So, that got us thinking, which '90s cartoons would we like to see rebooted into feature films?

Turns out, there are a whole bunch.

I envision a live-action version in which the P-Puff girls have all grown into middle-aged women who've grown out of touch over the years. Picture 40-something Bubbles with a coke addiction, Blossom trying to conceive with expensive IVF treatments and Buttercup thinking of becoming a swinger.

With an all-star cast featuring Gwyneth Paltrow as Bubbles, Julianne Moore as Blossom and Demi Moore as Buttercup, an Oscar nomination wouldn't be out of the question.

I could totally imagine the Coen brothers directing a reboot. It'd be "Big Lebowski"-funny while still balancing the underlying darkness this "kids" show owned.

Remember that time Rocko moonlighted as a phone sex operator? Seems like a job for Steve Buscemi to take on.

I f*cking loved Doug from "Doug." He had such a sweet soul and relatable insecurities. That scene at the pool party after he ate too many sundaes at grandma's? I could cry just thinking about it.

If we're going to do a live-action reboot of this one, can we cast a real-life heartthrob please? Maybe Ryan Gosling could do him justice.

It'd be like the craziest three minutes from "Requiem for a Dream" but for a solid two hours.

You'd only have to see it once, though you'd never really "get it."

They're just two oddball brothers trying to gain independence in Oregon. It's basically every Millennial's postgrad story, which is why I'm thinking this reboot would go more of an indie film route.

Maybe we could get Zach Braff involved and crowdfund the money to produce it. Adam Driver might already be too big to commit to such a low-budget project, but he could possibly get down with an ironic guest star role.

Pretty sure I speak for everyone when I say we'd love to see Dexter whip up some gadgets to save the world from a zombie apocalypse.

Can I get a hell yeah for a "Dexter's Laboratory" and "Walking Dead" mashup?

I mean, Stoop Kid at least needs a podcast. I could also totally see Helga having her own half-hour show on HBO -- like an edgier version of "Girls."