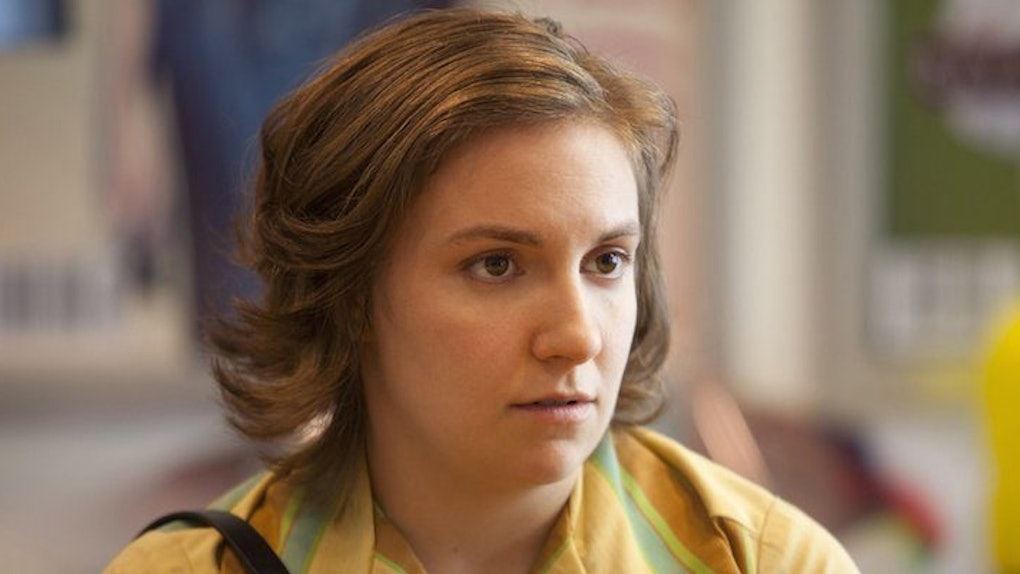 5 Ways To Definitely Get Fired From Your Job, As Told By Hannah Horvath

I've been a huge fan of "Girls" since it first aired on HBO back in 2012. Yes, all of the characters can be absolutely insufferable at times, but let's face it: It's part of the show's appeal.

The four protagonists are flawed in a way that is, quite simply, human. It's hard not to identify with at least one of them during each episode.

Hannah Horvath, portrayed by Lena Dunham, is the show's main character and, perhaps, the most polarizing of them all.

She is relentlessly self-involved, brazen to the point of consistent impoliteness and incredibly impulsive.

It takes an awful lot of honesty and self-awareness to find pieces of yourself within Hannah, and if you do, more power to you.

Regardless, there's been something about Hannah Horvath that I've enjoyed watching, and I've enjoyed seeing her grow over the course of the past few years -- or, perhaps, unable to grow, as the case may be.

However, with last night's episode, I wanted to jump into the TV screen and shout, "Girl, what are you doing?!"

As an educator, her interactions with her students were incredibly painful to watch, and I spent most of the episode cringing behind a pillow (and not just during that traumatizing frenulum piercing scene, ew).

1. Getting too immersed in student drama

When you teach teenagers, it's impossible not to overhear snippets of "girl drama" at any point of the day.

You'll end up knowing which girls hate each other, which guys the girls have crushes on and what happened at Kevin's party this past Saturday.

The trick is always keeping one foot outside the conversation. Teachers are not supposed to be BFFs with their students.

There's a fine line between wanting a student to like you and trying too hard to become his or her bestie.

Hannah should not be having in-depth convos about which boys are "cute" and crush-worthy. Also, like, they're children. Gross.

2. Having private conversations in public places

It's hard to keep work and personal lives separate when you're crushing on someone at the office, or if your best friend works next door to you -- I get it. And, if you happen to start dating a coworker, this line can get blurry pretty quickly.

Even so, you have to keep your head on your shoulders.

Don't initiate the "why don't you want to go out with me anymore?" conversation when you're standing in the middle of a public hallway. That's probably best to save for closed doors.

3. Having borderline-inappropriate conversations with students

My jaw totally hit the floor when Hannah started talking about sex with her teenage student Cleo (played by Maude Apatow) right there in the hallway.

Obviously, this is a topic that comes up when you are an educator of teenagers, but you have to handle it like an adult, not how you would if you were at brunch with your girlfriends rehashing last night's hookup.

It's clear that Hannah is feeling some FOMO from her own high school years and she's seeking to make up for that by befriending her students. But by trying so hard to be the "cool" teacher, she's skating into creepy territory very quickly.

4. Playing hooky with your students

This is when I almost lost it. Cleo says, "Let's get something pierced!" Hannah responds by saying, "Get to class!"

Just kidding; why would she say anything that responsible? Instead, she's all in, and the two of them run off like giddy schoolgirls.

WHAT? On what planet is this okay? I started getting nervous for Hannah at this moment. Not only will she definitely get fired, she possibly could get arrested.

5. Taking an underage minor (who is also a student) to a tattoo and piercing parlor

I mean, this probably should go without saying, but it happened, so now I have to say it.

Can we just take a second to imagine what the conversation will be like when Cleo goes home at the end of the day?

Oh, wait, she probably won't be able to talk because her mouth is so swollen from her frenulum piercing she went to get with her teacher.

When Hannah first started her substitute teaching job, it seemed like a solid choice for her. Maybe this was the moment she was going to start getting her sh*t together.