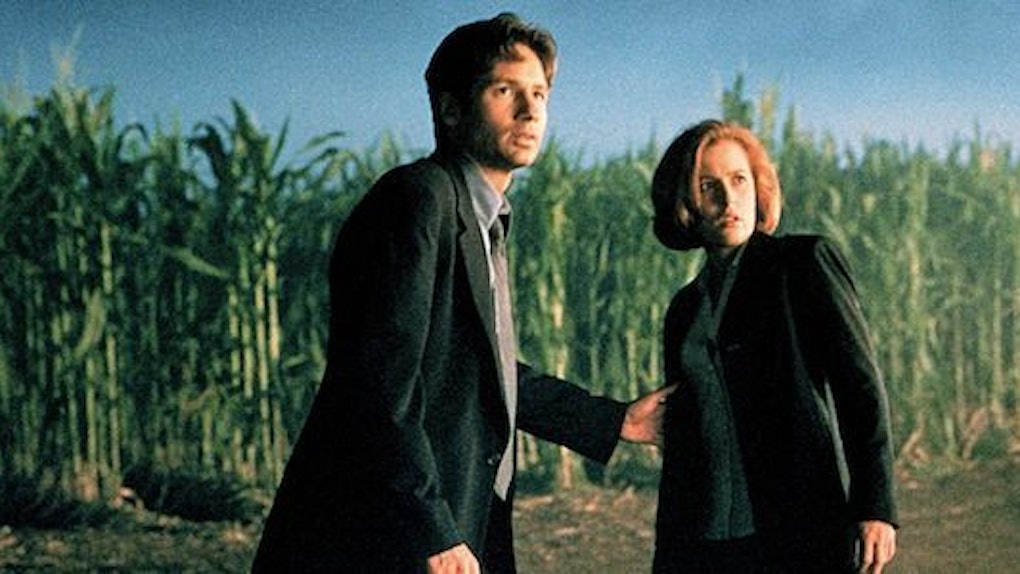 After much speculation, we now know for sure Gillian Anderson and David Duchovny will be making a comeback in a mini-series to reprise their roles as Fox Mulder and Dana Scully, the government dream team for solving the mysterious, extraterrestrial and often-ignored, unexplained cases that happen in the United States.

The six-episode mini-series of "The X-Files" will air on Fox, and whether you are a seasoned enthusiast or a newbie, you still have time to get your sh*t together and go on a serious Netflix binge ahead of the new season.

So, why should you be excited this series is coming back?

As a Portland resident, this is something I am very familiar with, but in the TV world, it started with the revival of "24," another cult classic.

Then 20-somethings started to realize how many of our favorite shows (like "Friends") were making comebacks, thanks to Netflix.

When sci-fi meets mystery, it often doesn't go very well; however, even in later seasons, Scully and Mulder don't disappoint. Get your butt to the nearest sofa and binge-watch some episodes; I promise, you will get hopelessly hooked.

2. Everyone Loves A Comeback

Let's be honest: This applies to everything and everyone involved in pop culture. They may have fallen off of our radar for a little bit, possibly even shaved their heads, but the fact is, deep down, we are always pulling for the return of our favorite stars. Bigger, better and back for more.

For us "X-Files" followers, the Twitter exchange between Gillian and David was almost too much to handle. Be still, my beating heart.

3. The Original Cast And Producer

Whenever there is a comeback in the world of TV or movies, we wonder if a new cast can do the stories justice, and often, they really can't. In this case, we don't have to worry because "The X-Files" is bringing back the original costars and producer.

This means we will likely see the same heart-warming, terrifying chemistry on screen as we did when the final episode ran in 2002. Bring it on.

There is something so uniquely wonderful about conspiracy theories coming to life right in our living rooms.

We are able to jump up and down, scream, yell at the TV and let our jaws hit the floor at all of the right moments, without having to worry about anyone besides our roommates seeing us in action (and, obviously, they've seen worse).

If you haven't seen "The X-Files" before, you may be shocked at how well these theories are brought to life. You may even find yourself questioning if aliens are, in fact, here on our planet, wreaking havoc where we least expect it.

5. The Excitement Is Palpable

All you have to do is check out the Google results for "The X-Files" to see the level of excitement surrounding this revival. From diehard fans to those just checking out the show for the first time, the excitement is so thick, you could cut it with a knife.

The costars are doing everything they can to further that interaction and thirst for new episodes.

So, I think we can agree your weekend has been fully booked. Grab a bottle of wine, some snacks, fire up Netflix and settle in for the world of Mulder and Scully.

Is there another reason you are excited for this comeback? Share below in the comments!