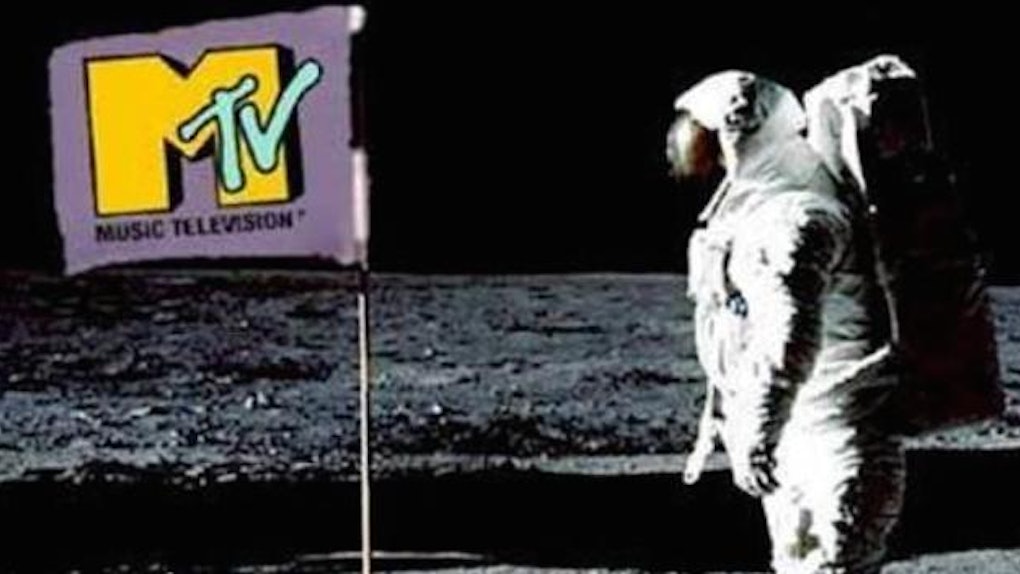 True life: MTV is no longer "Music Television," and nobody gives a sh*t about the left turn it took off the beaten path of musicality.

It's sad, but it's true. What does the "M" even stand for anymore?

But from what we can concur by turning to the channel that used to be a home for talented artists and performers, it definitely doesn't stand for "music" anymore.

In fact, our beloved MTV has gone from a music hotspot to a reality cesspool right before our eyes. And we seem to be settling for the change, accepting the channel's abrupt content transformation.

Of course, MTV's foundation wasn't only built upon music when it first aired. But in its younger years, the channel held a lot more true to the name than it does today.

Hell, you're lucky if you come across a good ol' fashioned video countdown in between the fist pumps and baby bumps.

Don’t get me wrong, though; I’m a sucker for a mind-numbing reality sitcom just as much as the next person.

In fact, I love nothing more than kicking back with a glass of wine after a long day and watching an episode of "Girl Code."

But, there’s a certain time and a place for these kinds of shows to air. It shouldn’t be on the channel that was created solely for music.

You know what should be aired on the channel created for music? Music.

Sure, we can squeeze a sitcom in here and there, but the channel should consist of mostly music-based productions.

Put it this way: We all know videos killed the radio star, so what the f*ck happened? Where did the videos go?

As evolving Millennials and dedicated viewers, the future of MTV is on our hands.

We need to take the right steps in order to bring the videos back and give the network the praise it deserves.

If we focus on these three steps, we would be back on track (no pun intended) to music television:

Of course, I'm not trying to take anything away from the talented go-getters with flourishing acting careers in the MTV originals. But, we're losing the concept of "music" on the network.

MTV has become a go-to channel for series that have flooded the schedule with scripted shows.

Don't lie; I know reality TV is your guilty pleasure, and MTV knows it, too.

In fact, it has you locked down with so many realty sitcoms, it'll make your head spin. Some can be arguably "real," while others are rumored as "staged."

Either way, you're hooked, and you keep coming back for more.

Yet, there is an easy solution to balance out the reality show craze that is sweeping the network: more live performances.

To bring music back onto the channel, there should be more live footage of concerts, shows, festivals and good old unplugged sessions.

Trust me; music lovers will rejoice. Who doesn't love a concert in a living room?

What else is there to say? To bring MTV back to its roots, the network needs to step up its video game.

Growing up, some of my favorite moments were sitting around after school with some friends, avoiding homework and watching "TRL."

It was an escape from reality that allowed your creative juices to flow. The imagination in music videos was endless, and the exposure to new artists and sounds was ongoing.

We need an outlet for musicians and directors to expose their art form, and MTV used to be that place.

Lately, the network seems to have lost its musical allure. The spark is gone, and most of the shows that reign the channel do not scream "music."

It's time to change the current situation and bring MTV back to life.