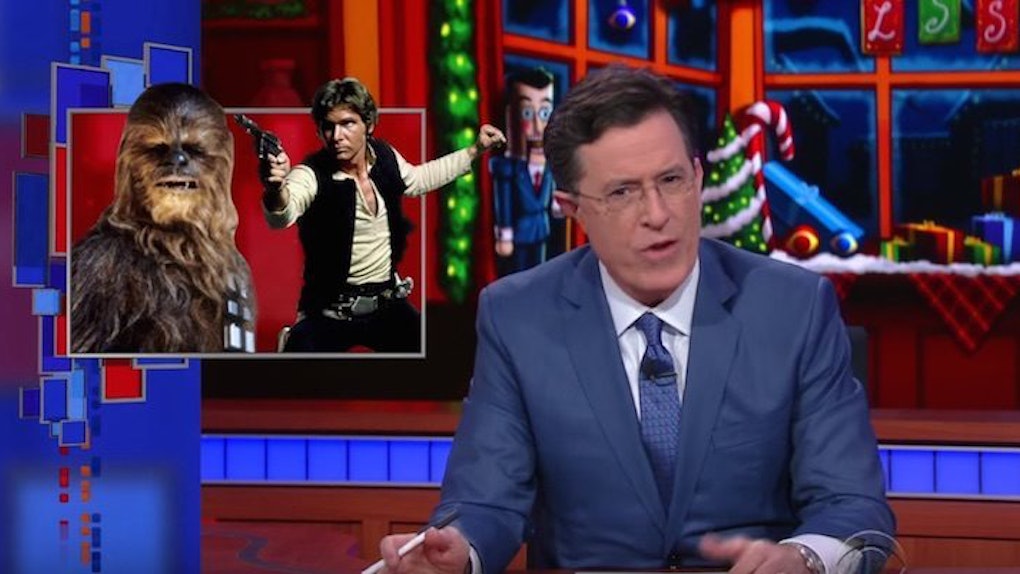 If you're planning on seeing “Star Wars: The Force Awakens” and need a crash course in "Star Wars" history, never fear, because Stephen Colbert is here.

On Friday night's episode of "The Late Show," the talk show host gave viewers a brief history of the “Star Wars” franchise, including a simplified summary of the movies' overarching storylines.

Though most people in the English-speaking world have seen the films by now (really, there's no excuse not to watch them), Colbert explained,

Apparently the franchise never got popular in China because the original “Star Wars” movie came out in 1977, back when Western media was suppressed in China… For the less-informed Chinese viewers out there, let me catch you up real quick.

In truth, Colbert's analysis won't save you if you haven't seen the first six films — it's just really funny.

Check out his explanation, above.