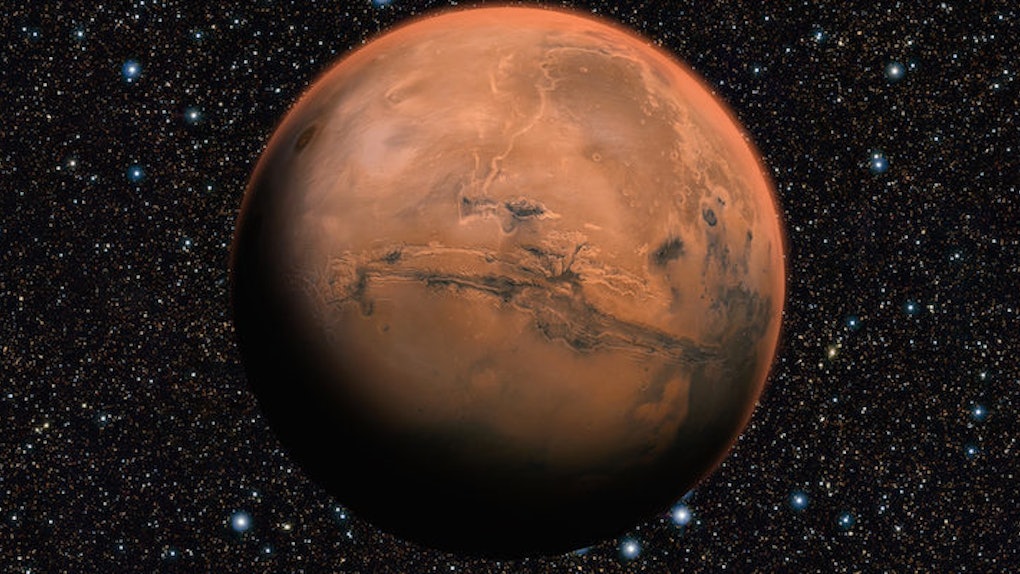 NASA Unveils Plan To Permanently Send Humans To Mars By 2030

It's been nearly 50 years since man first walked on the moon.

Since then, space exploration has grown exponentially: We've sent unmanned spacecrafts to the edges of our solar system, discovered distant planets and charted new stars.

We even have astronauts living in space full-time at the International Space Station. Yet we've still never sent a human past the moon.

But, that may soon change.

Earlier this week, NASA announced plans to send humans to Mars within the next few decades. In a 36-page-report, the space agency details everything needed to make human exploration of Mars a reality.

The goal, according to NASA, is not simply to send humans to visit the nearest planet, but rather, to stay and be “Earth independent.”

Like the Apollo Program, we embark on this journey for all humanity. Unlike Apollo, we will be going to stay... Our robotic science scouts at Mars have found valuable resources for sustaining human pioneers, such as water ice just below the surface... What we learn about the Red Planet will tell us more about our Earth's past and future, and may help answer whether life exists beyond our home planet. With humans on Mars, we will be able to advance science and technology in ways only dreamed up with current robotic explorers.

The Mars mission, which will likely cost several billion dollars and necessitate a “collaborative effort” with other countries and agencies, isn't expected to begin for another 15 years or so as there is a lot of prep work to be done.

NASA will first test human survival in space by having astronauts complete year-long stays aboard the ISS, then expand by sending humans into Martian orbit.

Only after these missions prove successful will the agency attempt a human landing on the Red Planet.

The agency is currently constructing the equipment needed for the long-haul journey: the Space Launch System rocket to take humans to Mars and the Orion spacecraft, which will be used for the return to Earth. Both are expected to be completed within a few years and tested in space by 2020, with the first human landing on Mars slated for 2030.