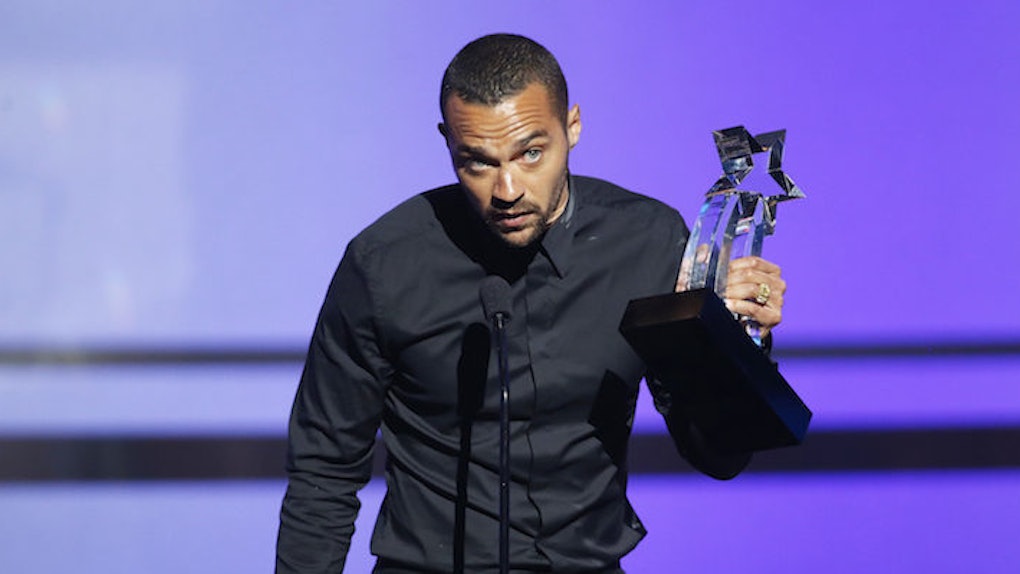 Why Jesse Williams' Speech Is What We've Been Missing In 2016

Last night, we were blessed with the passion, grace, eloquence and poetic intelligence that is Jesse Williams, the activist. BET rightfully honored an individual who may be known for his soulful eyes and an endearing smile but has actually been behind the lines of major political and social movements in the black community the past few years.

Williams, who is a former teacher of the African American Diaspora and has been a vocal supporter and advocate for the Black Lives Matters Movement, decided to give the congregation a sermon that left the crowd raising their hands. His speech was fueled by a unified response to the racial tensions that have grown in recent years in the wake of police brutality and the response to injustice.

In his powerful speech, he dedicated his award to all black women,

Now this is... for the black women in particular who have spent their lifetimes dedicated to nurturing everyone before themselves. We can and will do better for you.

This was a compelling ode to the strength, resilience and education many women have imparted on the black community in hopes of creating a better tomorrow for the youth.

He provided excellent argument and context for the ongoing practice of consuming black culture through music, media and entertainment, but somehow still managing to devalue black life.

We're done watching and waiting while this invention called whiteness uses and abuses us, burying black people out of sight and out of mind while extracting our culture, our dollars, our entertainment...and ghetto-lyzing and demeaning our creations, then stealing them, gentrifying our genius and then trying us on like costumes before discarding our bodies like rinds of strange fruit.

Does that hit home? The crowd met his vigilance and power with claps and supports of praise that echoed throughout the audience.

Williams challenges the idea black culture is up for public consumption but only at its leisure and on its time clock. His speech seeks to empower and draw attention to love/hate relationship America has with black culture and how that parallels to the support and injustices behind victims like Eric Garner, Michael Brown, Sandra Bland and Tamir Rice.

As he continued through the speech he spoke about branding and celebrity culture and he encouraged his audience to use their platforms to create conversations and dialogues that can further social and political equality.

One of the most quoted lines from his speech that has been reverberating on all social media stated,

Check out the full speech above.