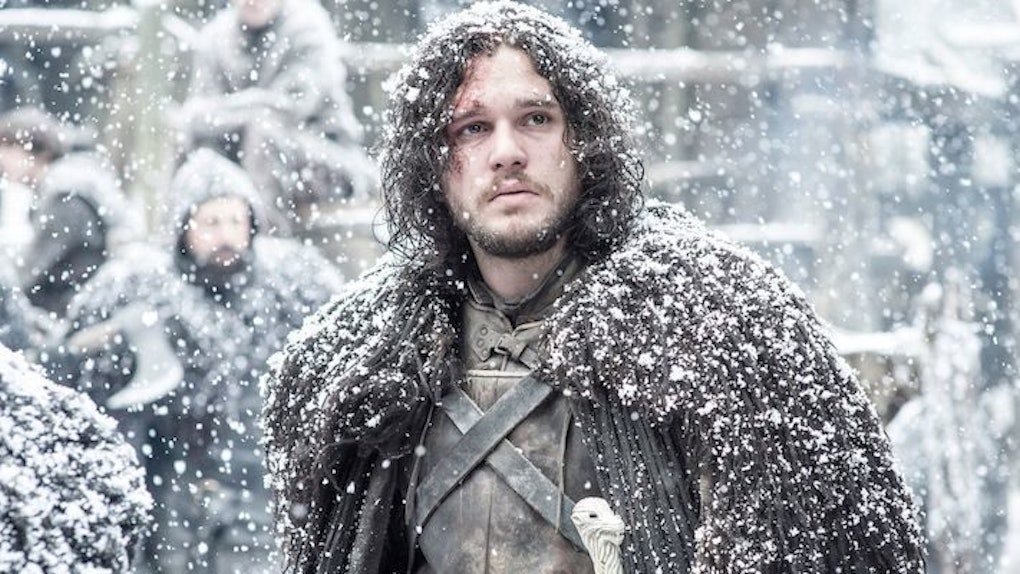 It seems as though everyone and their mother has seen "Game of Thrones" and fallen in love with it. There's even a series of beer created after the show for crying out loud.

If you haven't seen the show, you know people who do watch have no issue letting you know how awful of a person you are for not spending your Sunday nights watching HBO.

The exchange with someone who is a fan of the series usually goes a little something like this:

Fan: You watch 'Game of Thrones,' right? Innocent Bystander: Nope, actually I haven't. Fan: WHAT?! You should watch it -- it's awesome! I can't believe you haven't seen it! What's wrong with you?

You're surrounded by people who disapprove of your life choices and there's nothing you can do about it except run far, far away.

These are the three things all of us in the “No, I don't watch 'GoT'” tight-knit community experience at least a few times a week during the season.

1. You're called out regularly.

It usually happens when you least expect it. You're out with some friends at a bar relaxing and having a good time. Someone approaches your table to strike up a conversation and you think you have this shit under control. You think you're going to talk about music or perhaps even a new movie that just came out.

Before you know it, the conversation shifts to the new episode of "Game of Thrones" that aired the night before. There is one of two things you can do here: You can keep quiet and hope the topic changes soon or exclaim you have never seen the series before. Don't worry too much about it, though. There's no real way to win this game.

You choose the second option. It seems like the right move. These are your friends and you have the same interests. If you haven't seen the show then surely they haven't been keeping up with it either.

It is at this point you discover your friends have been leading secret lives and are huge fans of the show. Now, you're left alone looking like an asshole because you haven't read the third book.

2. Jokes about the show go over your head.

It's becoming increasingly difficult to turn on a television show without coming across jokes and references to "GoT." Various comedy programs, advertisements and late night talk shows joke about the series.

The creators of these television shows are clearly in on the joke. One day they're writing your favorite shows, and then they turn on you like it was part of their job description.

This is interesting because back in the day, people were judged for watching shows similar to this one. We've entered into what has been called a “nerd” subculture that keeps climbing in popularity. The tables are turning and we can't keep up.

When you say you don't follow the series, people throw low-key shade in your direction. I can't tell you how many times I've gotten something to the effect of, “What? Do you think you're too cool for the show?”

Well, sir. Let me tell you a little something. I can see you're upset and I apologize for inducing such distress. But I'll have you know I am not cool -- at all. I'm “nerdy” about things, but this just doesn't happen to be one of them. It's nothing personal, I promise.

A little advice: Don't try explaining to them it's not your go-to genre of television. It just makes it worse.

Don't feel bad, though. There are plenty of people who don't watch "GoT." Our voices are just momentarily overshadowed. We need to stick together and say it's OK to not watch. It's OK to not read. It's OK to not drink the beer.

Stand loud, stand proud and don't back down.

And if that doesn't work you can always tell them you don't like "Star Wars."