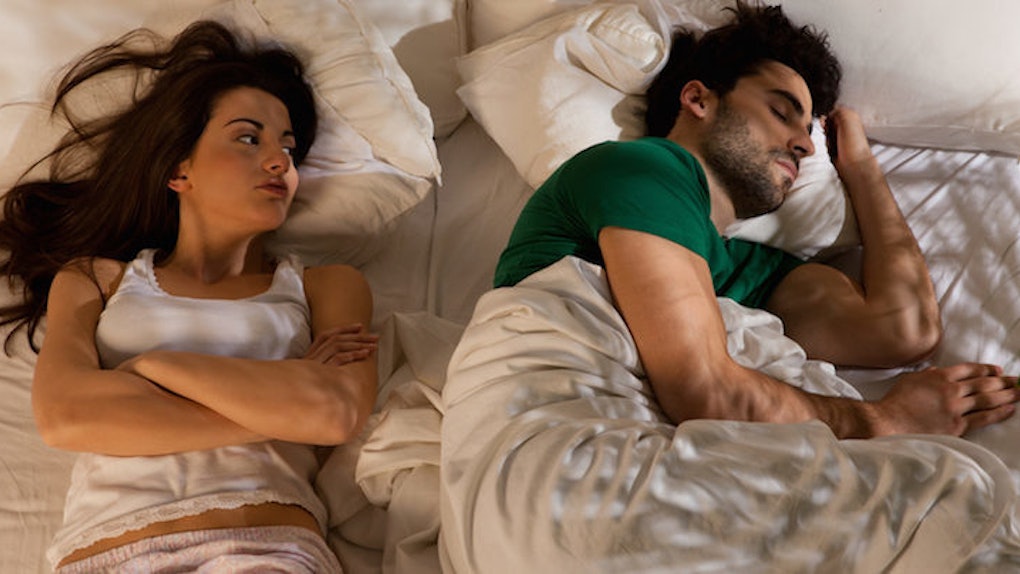 Breaking Down The Walls: 6 Signs Your SO Is Emotionally Unavailable

The "emotionally unavailable" man or woman is probably the biggest issue we deal with in the dating world.

The term "emotionally unavailable" usually refers to people who create barriers between themselves and others, in an effort to avoid emotional intimacy.

Emotional unavailability stems from a lot of different things. But no matter where it stems from, it always poses an issue when it comes to forming a lasting relationship.

A relationship in which both partners are "all in" is tough enough. But when you're dealing with someone who isn't even "halfway in," things are a lot harder.

You're committed to being vulnerable and putting yourself out there to get to know the person, but he or she doesn't seem to be reciprocating.

These are some some tell-tale signs you're at a dead end with your SO:

1. They've been in very few (if any) long-term relationships.

This is a red flag.

If they haven't been able to sustain anything that lasts past a few months, it's normally because they can't open up or don't want to commit to anyone long enough to form that emotional connection.

Anything less than that, and you may want to ask why your SO thinks he or she hasn't been able to sustain a relationship with anyone for longer than a few months.

This is especially true if you think dating is a high priority for him or her.

You try to make plans, and you always get a "maybe, let me get back to you." Your SO's schedule is always "so busy."

He or she can't commit to an event with you a month from now because he or she just "doesn't know what will be going on by then."

These people "live in the moment," and there's nothing wrong with that, if they're single.

For you, it will never work, especially if you're looking for someone who actually makes you feel special enough to make plans to see you.

These people like to text more than talk. Talking would require an actual emotional connection.

And when you do text them, they get back to you hours or days later (if they respond at all).

It's hard to figure out exactly what they’re doing other than, "they've just been soooo busy!"

We're all busy. Using the excuse you're too busy to even have a phone conversation makes you pathetic in my book.

4. They’re all about the sex, nothing else.

They tell you how important sex is to them, but they never say feeling emotionally connected is important.

They have no problem sleeping with you, but seem to have lots of problems talking to you or spending time with you in any other way.

If you've gotten to this point and haven't run already, you're braver than most.

5. Everything is about them.

They may come across like they care about you, and will even go out of their way to spend time with you in the beginning. But that lasts for a very short time.

Eventually, if you want to see them, it will start to be on their, when they want and always when it's convenient for them.

We all have schedules and routines, and dating isn't always convenient.

But people who are emotionally available put themselves out there a little, and try to work around you a bit more.

When you first start dating, small talk is the norm as you get to know each other. But after a few dates, your SO should be able to delve into some deeper topics.

If you find it's like pulling teeth to get him or her to open up about anything, he or she is emotionally unavailable. This person either don't feel comfortable getting into deep, intimate feelings or simply doesn't feel them.

They think eventually they're going to disappoint the person they're with, and so they don't even try. They remain distant and disengaged, so the relationship never develops into anything serious.

That way, they don't get hurt.

However, if you can't put yourself out there, you don't reap the rewards of deep connections with people.

When you really care about someone, it can be tough to cut ties, even when you see the signs.

But there are plenty of amazing men and women out there who are emotionally available. Don't settle for an emotionally unavailable one, if that's not what you want.

Have compassion for these people, let them go and move on. You deserve a whole lot better.