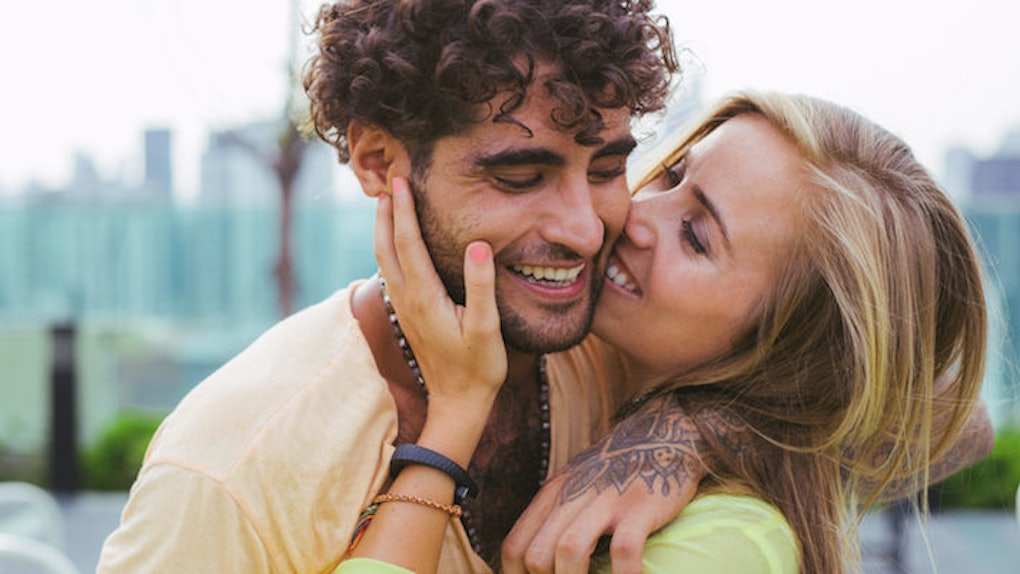 He Uses 'We': 36 Signs You're The Boyfriend In Your Relationship

We’re stuck in these traditional feminine/masculine identities within relationships. So what happens when you and your boyfriend don't fit these classic molds?

What if you’re the one who acts "like a dude" in the relationship? What if you date an atypical guy? He's a unicorn man. He's emotionally intelligent and caring in the way a woman is "supposed" to be.

Some women simply don’t fit the "girlfriend" trope. Many of us are fiercely independent, unemotional or completely invulnerable. We wear the proverbial pants in the relationship.

We don’t get jealous. We enjoy our alone time, and we like going out and having fun with our friends.

And there really is nothing wrong with that. Feeling the need to play some society-assigned role is damaging and just f*cking wrong.

If you’re naturally inclined to behave more like a man “normally” does in a relationship, more power to you.

Here are 36 signs you are the boyfriend in the relationship:

1. You always go Dutch on dinner.

I mean, yeah, this is because of feminism. But he literally never pays. And you’re cool with that.

In more ways than one. *winky face*

3. You check to make sure he got home safely.

You’re regularly sending a “Are you home, boo?” text.

4. You’re the less emotional one in the relationship.

You don’t really get dramatic about anything but a lack of wine.

And you’re really okay with it.

6. You’re the one who pushes sex when you’re not having it enough.

YOU ARE ALWAYS DOWN TO F*CK, and he is the one who complains he’s “too tired.”

8. His head is always resting on your chest.

In his defense, boobs do make great pillows.

He watches and sips rosé.

10. You’re the one who’s always ghosting.

You are not good with that digital communication, and it stresses him the f*ck out.

11. He’s the one who wants to watch chick flicks.

You’re down for "Transformers," but he wants to watch "Forgetting Sarah Marshall."

12. He’s always talking about the future.

He likes to talk about your future children and life in the country.

When he’s annoyed, you are not getting laid.

14. You are always in the doghouse.

You’re in trouble ALL THE TIME, and you don’t know why.

15. You make the dinner reservations.

You also pick the restaurant, because he can never make up his mind.

16. You always get in trouble for eye f*cking other people.

17. You can hold your liquor, and he's a lightweight.

Two drinks and homeboy is on the floor.

You start to expect those "good morning" and "good night" texts -- even though you never asked for them.

In this relationship, you’re the subject and never the object.

You’re the one to bring it up regularly, and he hasn’t vetoed it.

21. He’s the vulnerable one in the relationship.

To be honest, it’s actually pretty sweet that he’s so open.

23. He always wants to talk about feelings.

24. He tells really boring stories about his friends -- even the ones you've never met.

He also expects you to remember their names and backstories.

25. His skincare products are from Sephora.

He literally takes longer to get ready than you do.

But he’s definitely trying to make you join him.

He’s a whiz in the kitchen, and you’re a whiz on Twitter while he's cooking.

28. You have bigger balls than he does.

You’re the one bringing the dead mouse that you've trapped out to the dumpster.

29. You go out to party with your friends.

And he's calling every ten minutes.

30. He has a lot of platonic girlfriends.

Seriously, they are completely platonic. He has “wine nights” with his girls.

And he calls him his work husband. *Insert "not amused" emoji*

You are not a stranger to two-hour nightly phone calls.

33. He thinks you don’t communicate enough.

He thinks you party too much. He thinks you’ve f*cked too many guys. He does not really approve of your lifestyle choices.

He actively works to change you into a more grounded, more motivated person. He wants the best for you, but you just can’t change a person like that.