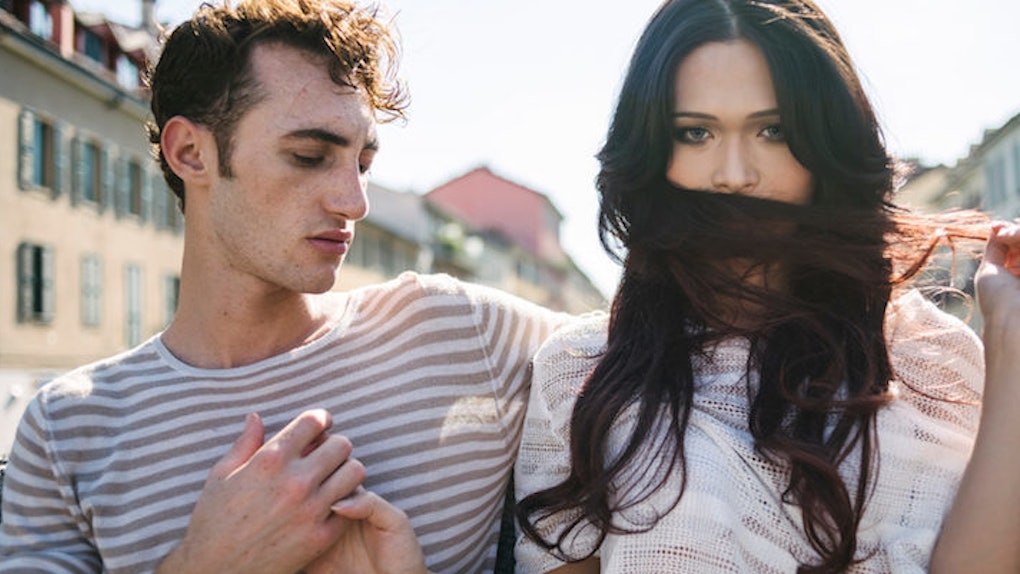 Time To Get Serious: 5 Signs Your Days As A Player Are Numbered

Players have a bad reputation and, perhaps, rightly so.

By definition, they're dishonest men who seduce women despite having no intention of committing to a relationship.

Breaking women's hearts ain't the best way to make friends, but every man enters a phase where he's either a player or wishing he were brave enough to be one.

Some say it's biological. Scientists suggest men need to spread their seed before settling down with a wife. Feminists suggest that's BS. Either way, it's an enjoyable time for many males.

Ultimately, there's always one special lady who wins a player's heart. And when a player falls in love, he falls hard.

Nevertheless, when they meet this amazing woman, many men will still worry whether it's the right time to settle down,

Most will fight against it at first, partly because being promiscuous is too much fun, but also due to fears of growing up too fast and wasting their precious party years with a partner.

It's a quality problem to have, but a common problem, nonetheless. How are men meant to know whether they're that into a woman?

Here are five signs it's time to sacrifice your player lifestyle and make a go of having a girlfriend instead.

1. You have sporadic thoughts of her throughout the day.

This is the first sign your player's card is reaching its expiration date.

At first, she only popped into your thoughts when she popped up on your smartphone. You were otherwise too busy texting other girls or going out.

Now, she's suddenly on your mind more often. You find yourself daydreaming about possible dates. You're wondering what it would be like to introduce her to your friends and family. You laugh at the little jokes she made when you last met up.

You'll probably still see other people at this point, but you'll find yourself feeling more affectionate with this particular female.

2. You have a twinge of guilt.

You'll probably fight these feelings. You'll tell yourself you're a true player. You'll flirt with other girls, and here's where the second sign happens...

She'll fleetingly flicker into your thoughts whenever you flirt with other women. It'll also occur the second the opposite sex shows some interest in you. It's a warning your special woman would not want to witness this.

This twinge of guilt might only last a millisecond to begin with. You might continue your crusade to get into another girls' knickers for now. Nevertheless, this stress won't go away. It will only grow until you address it.

At this stage, a relationship is surely just a few weeks away.

As a player, you were so proud of your party lifestyle. One-night stands were standard. Relationships were alien.

You used to mock mates who spent nights in with the misses. Even the most beautiful girls couldn't get you to settle down.

Shopping trips with a significant other, meals with her mum and dad, DVDs and cuddles on the sofa. It was the stuff of nightmares.

You swore you'd always need more to stimulate your mind. You'd always be about that club and bar scene, until at least your late thirties. But these supposedly-boring activities suddenly seem more appealing when they're with your special woman.

Sometimes, it's nice to spend some quality quiet time with her. You quite like having options other than clubbing in the city center. Soon, you might even be excited when you get the invite for a cozy Friday night in front of the TV.

This is the third and least subtle sign your time remaining as a player might be on the short side.

Players might have sex with more people, but it's usually the lacking-meaning, "that was fun, but let's not do it again" drunken fumble; the type of sex that's physically satisfying, but ultimately emotionally empty.

There's the stressful, "will she, won't she" when you get her home; the inevitable lack of chemistry that comes with wasted strangers; the awkward "walk of shame" and the wondering when to initiate it.

No wonder it's natural to get attached once you start having sex with someone to whom you're emotionally attracted.

It's so much better when you actually care about the other person. Not only is it more meaningful, but you'll also probably please each other in ways a stranger would always struggle to do.

Sex ends with orgasmic bliss, rather than gag-inducing awkwardness. If that's not a reason to end your days as a player, I don't know what is.

5. Sexy strangers can't compete with her.

The final nail in your player's coffin is when you realize even the sexiest strangers can't compete with your sweetheart.

She could have a bum like Beyoncé, boobs like Kelly Brook and a smile like Miley Cyrus. It wouldn't matter -- because even the most perfect physical attributes can't compare to the connection you've created with your woman.

No unknown chick could give you the happiness your girl provides. You'll appreciate she's well put-together, but your heart will no longer flutter for other girls. Once you see that, being a player seems somewhat pointless.

As fun as it was fooling around with an abundance of females, there's now no other option to take.

Unless you're Hugh Hefner, Diddy or Drake, you should probably discuss dating mutually.