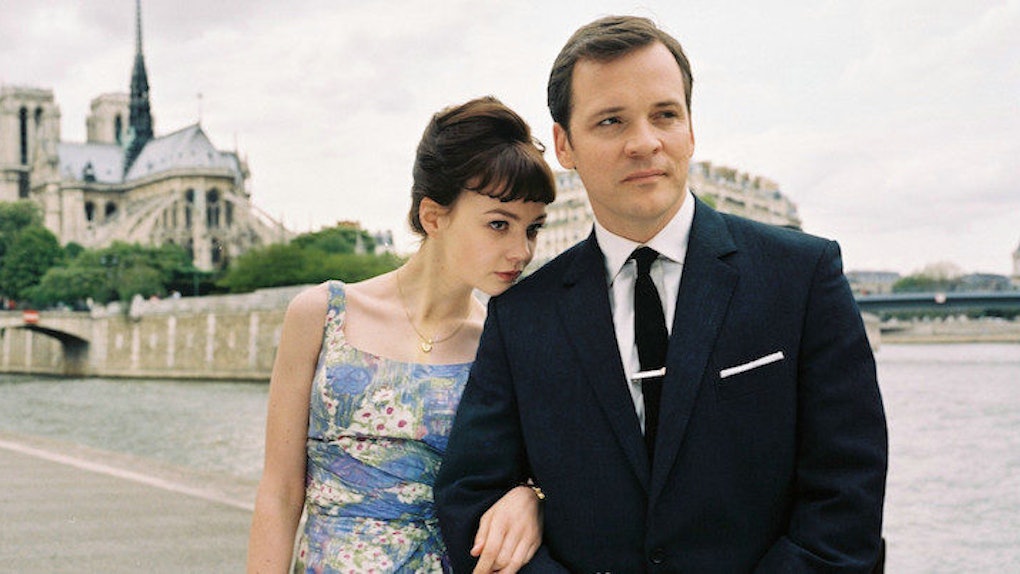 Our generation has been the guinea pigs of modern dating. We’ve Tindered and we’ve gone PlentyOfFish-ing; we have utilized every kind of dating app, website and other obscure resource to find a partner.

Yet, I still hear from my fellow 20-something women that the men they’ve met lack a certain level of maturity that is desired.

If you’ve dated an older man -- think 30 to 35 years old -- you’ll have experienced how a man 10 years older than you is exponentially more relatable than someone your age.

He wasn’t smart; he was intelligent. He wasn’t funny; he was witty. He wasn’t hot; he was handsome.

They’ve gone through college, lived the life of a party boy and have probably taken multiple trips to Vegas that are not to be spoken of, so they understand when you need a weekend to unwind and let loose with the girls.

It’s nearly impossible to shock them because if they haven’t done something stupid themselves, they’ve definitely had a friend of a friend who's done something even more insane.

They understand that at 25, you’re still learning, growing and becoming the woman you aspire to be.

They’re more willing to accept your flaws because they know that in time, you’ll outgrow it.

2. They live in an environment conducive for a relationship to succeed.

While younger men have roommates in rented apartments, older men may own their own homes. They are established homeowners who are living in a place that is welcoming to a partner.

A house is meant to be lived in for extended periods of time and make memories. It shows that he's not afraid of commitment and has made an investment in his future.

3. They have the means to take care of you.

I’m in no way saying that a woman shouldn't be able to take care of herself; it’s that older men are most likely more financially stable than younger men, and therefore can offer you additional things those younger men can’t.

By age 30, he probably has a solid career path and established goals. If he’s serious husband material, he probably owns his own place, car and if you hit the jackpot, his own boat.

Sure, money doesn't buy happiness, but it makes life a hell of a lot easier.

Being five to 10 years older than you, these men have an extensive understanding of how relationships are built and broken.

They’ve probably made mistakes as boyfriends and subsequently learned and become better partners because of it.

They’ve more than likely also been hurt by others, and had relationships fail. So when you act like a raging psycho for no good reason, they won’t return the favor, but rather, give you time to cool down then talk to you rationally. Again, they understand women.

5. They have old-fashioned values.

It’s the little things that get women to fall in love: opening the door, telling her she’s beautiful, showing up with flowers for no reason at all.

Dating has become so casual that hookups are the norm and dates are just a means to an end -- that end being getting laid.

Men who were raised with old-fashioned values understand your need to get to know someone before becoming intimate.

When YOU become someone’s long-term goal, he’s willing to work for you, respect you as a woman and build the foundation for a solid relationship.

6. They know what they want.

Once you eliminate mind games, it’s amazing how easy, enjoyable and successful a relationship can be.

These men know how to please a woman and they aren't shy to show off their skills. Sex isn’t just a solution to carnal urges and selfish satisfaction.

Sex is a way to bond physically through mutual pleasure. If you’ve been with an older man, you know: A well-placed thumb can do wonders, and it’s always, always, ladies first.