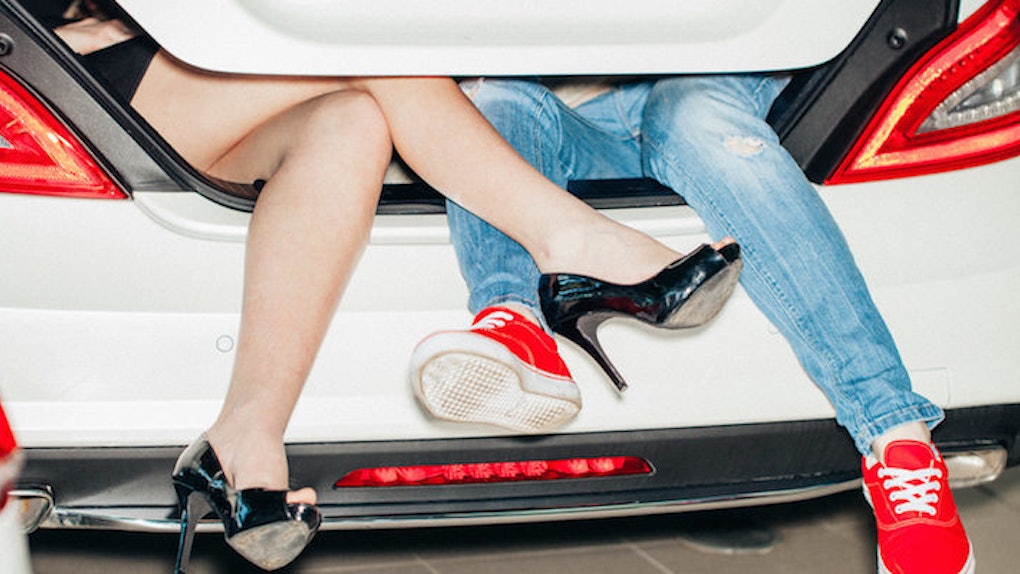 Sex Isn't Love: Why 'The Best You've Ever Had' Will Never Be 'The One'

It was lunch hour on a Monday, and I had been eagerly awaiting good food and good gossip all morning. My girlfriends and I got to talking about manicures, Millennials, men -- you know, the usual.

While on the topic of men -- my favorite, of course -- we found ourselves debating the value of great sex. Not just good sex, but great sex. I mentioned that I wished I could marry the guy who blew my mind in bed.

One of my friends laughed loudly.

“You’ll never settle down with the best you’ve ever had," she said. She sounded almost patronizing, and I felt irritated. This wasn't in my plan.

And then I remembered that she was married.

"I guess I should take your word for it," I told her.

It was a rude awakening. I’d always imagined my marriage would be filled with the wildest, craziest sex I'd ever experienced. I’ve always known that amazing sex isn’t what matters most in a healthy relationship.

But I definitely thought that the person who could make me scream the loudest would be the holiest of all Holy Grails.

At least, that’s how I’ve always felt about my "best." He was Lord Shiva incarnate. I couldn’t imagine not having that same sexual satisfaction for the rest of my life. Once I went "best," it was hard to go back.

I’m a die-hard cynic, so I've never put enough faith in feelings. See, feelings in romance change and fail us. We can fall out of love just as easily as we can fall into it.

But our bodies can’t think, and sexual chemistry is a powerful force to be reckoned with. I struggled to forgo my "best," figuring that if I didn't have mind-blowing sex, what day-to-day pleasures (besides flan and grandbabies) could I enjoy with my future husband?

But I was misguided. "The best you’ve ever had" wasn’t designed for the long-haul -- and it turns out that’s not the worst thing.

'The best you’ve ever had' changes meaning as you age.

It eventually includes more than just good sex. "The best you’ve ever had" will grow to mean the kindest heart, the hardest cuddler and the funniest conversationalist. There are simply some things in life that should take precedence over others. These are the things that can be felt -- just not touched.

You’re still meant to be with "the best you’ve ever had." Instead of being only really good at one thing, he’ll just be slightly good at everything. And that’s the way it should be.

Sex should be consistently good, not sometimes mind-blowingly great.

I love cookies. My favorite cookie shop is about the size of my fist, but it boasts the best damn cookies in the city. The chocolate peanut butter flavor is almost worth murder. The first bite leaves me feeling like I’m being crane-lifted to Heaven.

But the chocolate peanut butter cookie is too rich. The more I eat, the less exhilarated I feel. The first bite is unmistakably different from the tenth. After the tenth bite, I realized that only a quick fix had me feeling over-satiated.

It was definitely too much of a good thing.

Sometimes the greatest things are great because they make guest appearances in our lives and leave lasting impressions in our minds.

Sex isn’t a cure-all for every problem.

Ah, the angry f*ck. It can be maddeningly impossible to stop having angry sex when you've already started the habit. Having sex is easier than arguing.

I’d use sex to calm down the person who I considered my "best," and it was both wonderfully exciting and pleasurable.

In the room, a palpable heat built to a raging fire that needed to be extinguished before it could spread further. But after we put out the fire, I’d sleep like a baby -- only to wake up just as anxious as I'd been before. Sex was a small Band-Aid for a big boo-boo.

That’s the thing about arguments: You’ve got to hash them out. If you don’t, you’ll end up burning the entire place down.

A relationship based on the ‘best you’ve ever had’ is a fallacy.

"The best you’ve ever had" is a deadly trap. It’s a place that mercilessly keeps us lodged in its grip. I call this state of mind "the sex haze."

The haze blinded me. Getting sucked into the throes of the "sex haze" renders us incapable of making lucid decisions.

The decisions we make are instead foggy, misinformed and broken delusions of grandeur that don’t serve us well in the long run.

It’s easy to get physical, yes. But extreme physical bonds do not last. This is why they form so easily.

Once the heat wears off, you may get the cold shoulder. Oh, and don’t be surprised if that comes with a hefty pre-nup.