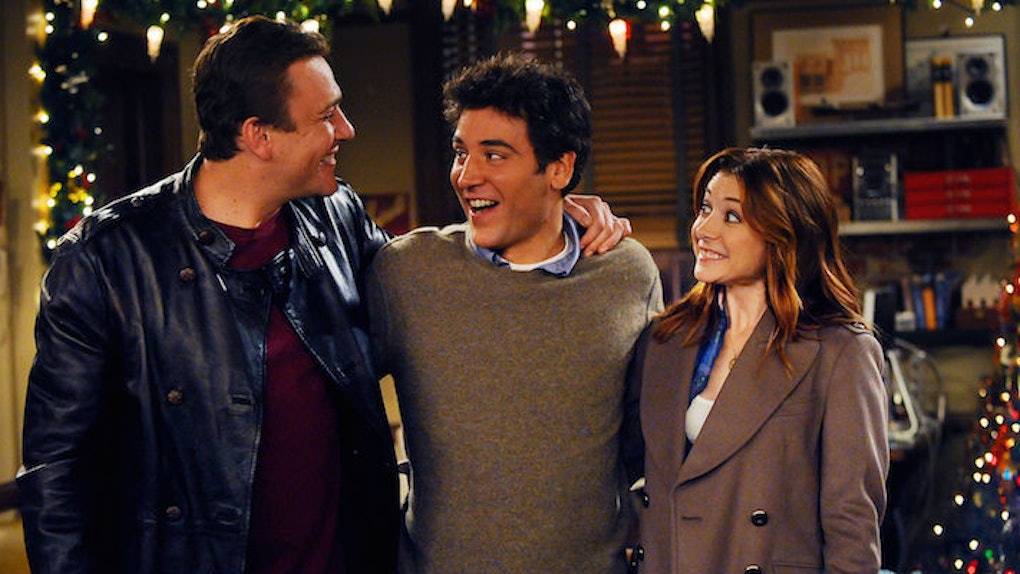 It doesn't matter whom you're dating, your age, your gender or your sexuality because there is always going to be a third party in whatever relationship you have. Don't worry; I'm not talking about the in-laws. But to some, it's something much worse. Even if you're the "chill" girlfriend, nearly every woman ends up in the custody battle for her boyfriend against her arch nemesis, otherwise known as his best friend.

Forget building a relationship with one guy because you're now dating two. I'm sorry to say this, but the notion we are the only gender to send screenshots of World War III between ourselves and our partners to the group chat are no longer correct.

Most of your texts, sexual activities, dates and all your hot friends' Facebook pages are about to be passed through a male (and sometimes annoying) filter, and you'll just have to get over it. A guy's best friend is the brother he gets to choose. Yet, getting to know his best friend can be one of the greatest love-hate relationships you've ever encountered. Here are five inevitable stages of getting to know your boyfriend's best bud:

1. The Awkward "You're The Chick Who Stole My Wingman" Introduction

Don't listen to anyone who ever says otherwise because the honeymoon stage is the best damn thing in the entire world. Prepare yourself for spontaneous gifts, multiple date nights and loved-up drunk (or sober) texts that will make you swoon left, right and center. In this stage, you are so happy, and all you want to do is attack your boyfriend with some good ol' fashion loving.

Meeting the best friend can sometimes be even more daunting than meeting the parents, and rightly so. As soon as you come face to face with the co-captain of most likely half your text messages, it's easy for things to get awkward as you try a bit too hard to make him like you. Let's be honest: You're continuously having flashbacks to the multiple Facebook photos of them in clubs, and your boyfriend is thinking of all the future Instagram photos of you and his best friend.

2. The Sharing Is Caring Stage

Now you're his chill girlfriend who is totally cool with her boyfriend hanging out with his best friend whenever he wants. So, sharing your hunk every Tuesday or Saturday night is completely OK with you because you're the three best friends that anybody could ever have.

Hell, you're even happy to do the 2 am pickup from the club to drive their drunk asses home with a McDonald's drive-thru in the mix, too. The best part of developing your relationship with his friend is bonding, and tequila is always happy to help with that.

It's time to accept that if you want to see your other half during certain times, you have to see his co-pilot as well. However, you've paid your dues, done enough drunk pickups and even gave him relationship advice that one time, so being the three amigos is completely fine with you. It has become easy to go out to lunch together or even to a club. You know when to turn down the PDA and affectionate talk in front of his best friend. You stay completely neutral, and without even noticing it, he starts to become your friend, too.

Friendships also have honeymoon phases, and the great part is, you get to have two in one relationship. Need help shopping for the boyfriend's birthday present? His friend will help you shop for it. He is now a contact in your phone, he's in your recently tagged on Facebook and he can even get an Instagram shoutout here and there.

Liking your boyfriend's friend is something that will always make your relationship easier, but sometimes you can forget about boundaries. So, be careful when you're bitching about how badly your hubby was snoring last night (or worse). Because 10 times out of 10, it's going to get back to him.

5. The "Set Me Up With Your Best Friend" Stage

If you haven't done it yet, don't. Integrating friendship groups is great. You guys can all go out together, drink some vodka and have a damn good time with everyone you care about. This is a good idea, so keep it there.

Once one of your friends seems to like one of his friends, the idea of a double date can be so exciting. But, think about how many dates you went on before you found the complete hunk you have right now. The chances of this date going well are not very high.

So, when those two realize that maybe they shouldn't have hooked up and they don't really have anything to talk about, your integrated friendship group is destroyed. So, just avoid the whole situation and tell your friends some lie that will turn them off him forever.

Like every relationship, it has its up and downs. So, even though you love your boyfriend, you might want to kill his best friend sometimes, and that's OK. Sharing your boyfriend and getting to know the best friend can be difficult, but it's the right thing to do for your relationship. He is your boyfriend's non-biological brother, and knowing your other half has a loyal friend to take a bullet for him is always something to smile about.