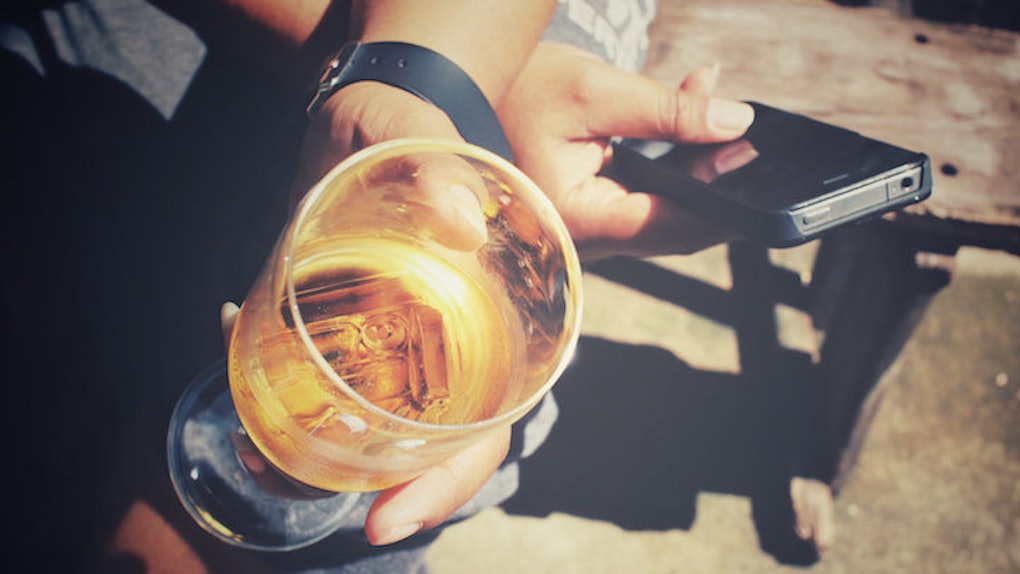 Drunk Dial: Why You Shouldn't Try To Make Sense Of His Late-Night Texts

Do you ever think back to a time when men had to go through more of an effort to mess with women’s minds than they do today?

When they had to write letters, instead of being able to just pick up the phone and press a contact name to talk to someone they are missing at the moment? Those are the days when pen and paper saved a lot of heartache, by being able to misspell an address.

Although you promised yourself you were going to ignore the call from your ex, you answer the phone. Somehow, you manage to convince yourself it will only be a five-minute conversation, just to see what he wants.

Five minutes turns into 15 minutes. He's letting you know he's "in town," and could really use a "ride home" from the local bar right down the street. You give in, because your will power for love sucks.

You're stuck picking him up, dropping him off and left to wonder what the hell the point of it all was. You don't hear another word until the next time he needs help.

In the meantime, you're stuck listening to some sad, broken-hearted country song, trying to pick apart lyrics to relate to, in the hopes of feeling somewhat better.

So ask yourself: Is it really your ex calling, or is it just the whiskey he reeks of?

There’s no getting around the inevitability of the call you're going to get from your ex, who is missing you, but not really “missing you,” after a late night of sins. Although he claims to be "ovur" you and make the fact that you're "jusch friens" abundantly clear, the fact he's calling you is truth within itself.

Quite frankly, you should feel bad for him and his liver.

The next morning, he'll feel guilty, but his pride will tell him it was nothing. The truth will catch up with him like the many nights of Jack and Coke, and eventually, he'll realize it’s not the buzz he’s craving. It's just you.

Men are easy to read, believe it or not. They revolve around two major emotions, pleased and proud.

As long as they are pleased, they are proud. If ever these two emotions fall short, they will do just about anything to make sure their pleasure and pride, under their circumstances, always lead the way. With their domineering nature, men take pleasure in feeling needed.

When they feel as though they aren't wanted or not getting the attention they think they deserve, that's when they start missing whoever was giving them that power (you). Control is a man's adrenaline rush for the ego, and the tables turning (him starting to miss you, not you missing him), sends his emotions crashing.

Their pride will then try to make up for their lack of pleasure by looking for it in other areas: the bar, the bottom of a bottle of whiskey and then you, once the whiskey hits.

When the phone starts ringing with late-night calls due to alcohol consumption, you've become just another place for his hurt pride.

These calls do not mean he's missing you.

If he's only calling you when he's drunk, his pride is still too big to really miss you enough to call when he's sober.

He doesn't miss you: He misses you missing him.