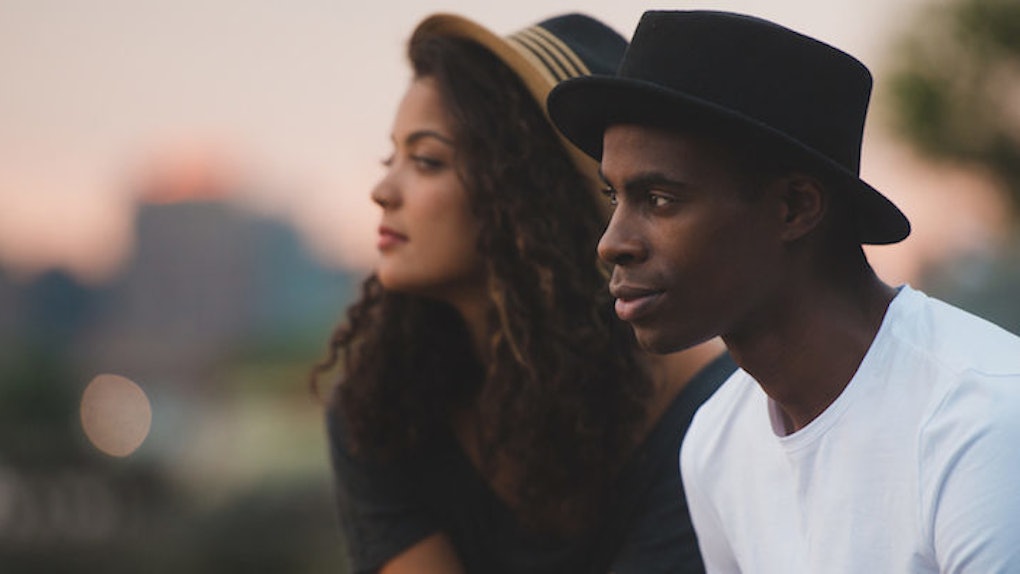 Millennials are the masters of Netflix binges, Chipotle orders and ambiguous dating.

You know how it goes; your romantic endeavor starts as flirtatious banter and texting throughout the day.

Then, you're drunk dialing, watching movies, hooking up, spooning and going on kind-of dates.

You're sharing the funny stories from work, falling into the habit of sending a goodnight text, meeting his friends and introducing him to your friends.

You craft your words carefully, so you don’t have to provide any sort of context as to who he is.

I mean, he's not your significant other; you’re just talking.

We love this phrase, “we’re talking.”

It evades commitment, avoids rejection, uproots the reality of a relationship and allows us to imagine what could be by avoiding what is.

After a while, it becomes what traditionally was referred to as "dating."

But here’s the catch: You have the feelings and the routine, but you don’t have the clarity.

Eventually, it becomes harder to ignore your lack of title when he introduces you.

The gap between sending and receiving a goodnight text is enough to make you question if it’s as important to him as it is to you.

You wonder if you’re the only little spoon in his life.

Then, you wonder who introduced silverware lingo to the bedroom, and why you’re thinking all of these things instead of sleeping.

You realize it’s because you’re an anxious mess.

But, you shove it all aside when you remind yourself you don’t have a right to worry about any of things. After all, he's not your significant other; you’re just talking.

It’s your responsibility to call it when the grey area is getting to be too much to handle.

Here are a few signs it's time to clarify WTF is going on between the two of you:

There’s an inevitable amount of time when you two don’t know each other. You don’t know who he is, what he likes or how he handles adversity.

You don’t know if you’re compatible, or whether or not you really have feelings for him.

At some point, his behavior becomes predictable. You can describe him to your friends.

You know if you’re into it, and if you want it to continue.

2. You’re considering this person when another opportunity arises, and he keeps you from pursuing it.

This opportunity could be a job, a weekend getaway or a hottie at a party who's trying to get your number.

It’s something the 100 percent single version of yourself would be all over.

But, you find yourself wondering if this decision would affect him, and you care if it would.

3. You’re considering this person when another opportunity arises, and you pursue it out of spite.

You catch yourself hesitating to do something you’re potentially interested in.

This hesitation — without the certainty he would consider you in a situation like this — propels a motivational rage.

4. You complain to your friends about it more often than you share fun stories.

Friends are great for venting, but they're better for sharing happiness.

If the majority of the conversations with your friends about this person are about how you aren’t sure if he cares, it probably means you do care.

(Pro tip: Your friends are going to like this person less because of this.)

He's become who you want to turn to for help with the bad and to revel in the good.

You have a unique companionship, and it has a different meaning than the ones you have with your other friends.

6. You’re holding him to relationship standards.

You’re upset with him for not calling enough. You’re hurt by the idea of him being interested in someone who isn’t you.

You assume he will prioritize fitting you into his schedule. Your expectations have elevated from where they started.

When you get to this point, you owe it to yourself to find clarity. Finding clarity doesn't necessarily mean you spend 30 minutes of a "House of Cards" episode psyching yourself up, and then finally turning and dropping the “what are we?” bomb.

Finding clarity can be asking what he expects of you, or expressing what you expect of him and asking if he's comfortable with it.

It can be asking if he's dating other people, or how he expects you to handle being asked on a date.

It’s opening up about what you want and asking if he wants the same.

Always express the desire to be on the same page. It's not irrational, clingy or deserving of any stigma.

It's honest, brave and grounded in self-respect.

You have built something with this person, and you deserve an understanding that is deeper than what your deductive reasoning leads you to assume.

Listen to what he says, and layer that with his actions. Believe what that points to.