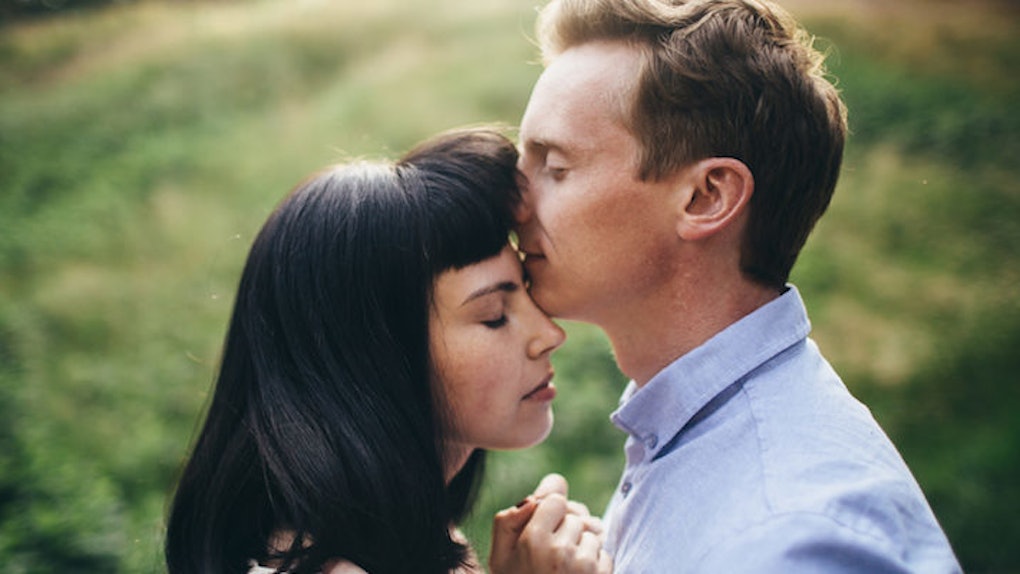 Here's What Really Counts As Emotional Cheating, According To Experts

Cheating in a relationship is unethical, no matter how compelling the argument is from the accused. When someone has committed this unlawful act, it's often implied in the traditional sense, meaning the affair was physical.

But there is another form of monogamous deception recklessly tearing couples apart -- the lesser-known and rarely discussed emotional affair.

It's an affair that may not involve any treachery in a physical sense, but instead involves intimate conversation outside of a relationship or marriage. This type of infidelity has progressively become more commonplace due to technology.

Just because things don't get physical in this kind of affair doesn't make the impact any less hurtful, nor does it make the party any less guilty. According to research, many actually find emotional infidelity more hurtful than physical.

A survey published in the Archives of Sexual Behavior polled 63,894 gay, lesbian, bisexual and heterosexual participants, asking which of these two affairs they'd be more hurt by.

For straight-identifying participants, men were found to be more hurt if a woman had a physical affair than an emotional one (54 percent and 35 percent). Women were found to be the opposite, at 46 and 65 percent. Bisexual men and women did not differ much from each other (30 percent to 27 percent) and the same goes for gay men and lesbian women (32 vs. 34 percent).

If your partner was watching you do whatever you were doing and he/she would get upset.

I first spoke to Heather M. Garner, a 37-year-old therapist who specializes in couples therapy. She believes an emotional affair is defined by the accused's partner's reaction to said behavior. She claims,

If your partner was watching you do whatever you were doing and he/she gets upset, you are committing infidelity.

While this may seem like a discordant definition, it allows for little justification by the engaged party for their actions, which rectifies the commonality that said questionable behavior is “not cheating.” Considering some people are more jealous and sensitive than others, this definition still has very blurred parameters.

If you go outside the relationship to fill a void because you feel emotionally disconnected and unfulfilled in your relationship.

Hoping to better clear these parameters, I spoke to Amber Turner, the 30-year-old founder of Deluxe Matchmaking in Colorado. She believes the opposite is true, that the onus is on the accused, who knows deep down -- through the context of their conversations -- that they're having what would be considered an affair.

If either party feels disconnected and unfulfilled emotionally, the person who goes outside the marriage to fill the void is having an emotional affair.

Because this type of relationship is not sexual in nature, Turner says the accused typically doesn't feel bad about it.

Any time you seek something out in someone else to fill a void in a relationship/marriage, it constitutes as an emotional affair.

If the verbal or emotional intimacy you have in your relationship is not exclusive.

Chris Armstrong, a 40-year-old certified relationship coach, has a more lax perspective on what constitutes emotional infidelity, one with an even broader grey area.

Armstrong believes an emotional affair is a relationship between two people that mimics the closeness and intimacy of an affair while never being physically consummated.

The problem here being that one could justify this kind of relationship as merely a friendship. Which I will address later. Armstrong rules,

If you are married to or exclusively dating someone then you should fully expect that verbal, physical or emotional intimacy is exclusive to you and that person. End of discussion.

At this point, I felt I'd received enough intel from the professionals, but I still hadn't reached a black-and-white conclusion, so I turned the mic to those who've personally been affected by emotional infidelity.

The greatest response I received came from Patty, 52, who addresses the issues that separate the similarities of an emotional affair to that of a friendship.

Emotional infidelity is a bit tricky to discern because you can have a deep emotionally connected friendship with someone other than your partner that is strictly platonic. If the person is withholding emotional intimacy or alienating their partner while investing emotional energy with someone else, I would consider that a breach in the integrity of the relationship.

This is where this aforementioned gray area gets a little more clear,

We can measure [emotional infidelity] by how we want to be treated. If I am OK with my partner behaving the way I am, I'm either not engaging in an emotional affair or I'm deluding myself into rationalizing my emotional affair. Either way, it just depends on the two people involved.

We can measure [emotional infidelity] by how we want to be treated.

Based on this considerate feedback, it would appear that we generally -- professionally and personally -- perceive emotional infidelity as intimate communication with a person that reaches a climactic, potentially dangerous, emotional peak.

As such, the person committing emotional infidelity feels as though it's best to keep this communication secret from his or her partner or to downplay what's actually going on. Here's some advice: If you feel the need to do either of these things, you're having an emotional affair. These are admissions of guilt.

Since emotional infidelity is such an indistinguishable landscape, just ask yourself: If this happened to you, would you be upset? If the answer is yes, you should know that what you're doing is wrong.

So if you want to keep yourself from being a cheater, here's some more advice: Don't do it.