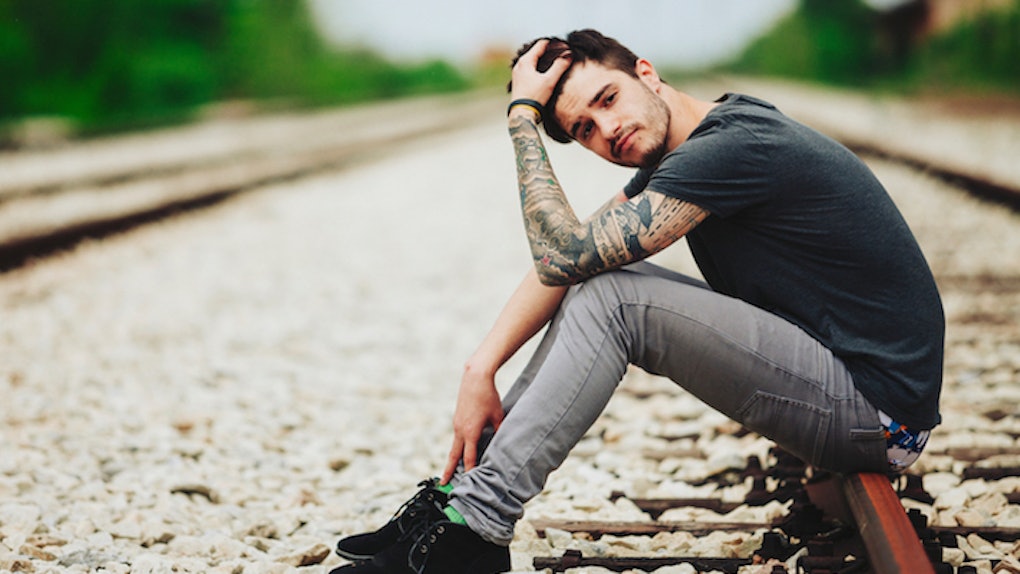 Old Souls Face The Toughest Challenge On The Dating Scene

With time comes experience, opinions and a greater understanding of the world around us. And for some, the part of understanding comes sooner than later.

As we grow up, we are influenced by the incredible world around us and it's from there that we learn about ourselves – our needs, dreams and goals. We start to identify our interests (which change at incredible rates), and at some point we start to create concrete ideas and plans for our futures.

The old soul, though few and far between, stands out like a sore thumb amongst the crowd during their adolescence. They pack the insight, vision and desires of those twice and triple their age into the frame of young adult reality forces on them.

For this lucky individual -- and I seriously do mean lucky -- happiness and success are rooted in different sources than those the typical adolescent may seek.

From an early age, I fell into the category of being an "old soul." I had an apparent level of maturity and responsibility that my peers lacked. I didn't have the interest or need to be a youthful degenerate and partake in all the dumb shit that kids in elementary school do.

I was more determined than others. I had plausible, intricate aspirations which apparently wasn't the norm. People often told me I was a "man amongst boys,” or that I was "born before my time" (how cliché, I know).

But, above all that, I was excited for my future. I was eager to grow up, to one day meet the girl of my dreams and to have a family. What sixth grader says that? Unbeknownst to me, apparently none.

To the old soul, love is something special. Emotion, affection and our energy and attention is sacred to us. They are saved for one, and only one, person.

When I found myself on a college campus, I was under the sheer expectation that relationships came easy. But let me tell you: Dating, for the old soul, is harder than the courses I enrolled in.

Old souls often feel misunderstood, misrepresented or just different. Our outlook on life, our values and our vision don't quite match up with the thousands of students around us.

Unlike my peers, I'm an old soul. I'm the old soul who swears by chivalry, is captivated by romance and truly believes in the idea of love.

I believe all girls deserve respect as people, not objects. I believe that one-night stands get you nowhere, and I know the value of a genuine date is more than to just "get some." I understand that an incredible night doesn't have to be forgotten in the morning. And even more unlike my peers, I can openly admit these things.

People will ask me how I don't have a girlfriend when I have the type of mindset that most people are looking for in a man. But it's not that easy. The people who ask me that question just don't understand the crazy idea that most 21-year-old girls don't think in the same way as 54-year-old Jewish mothers do.

For the typical college student, having such an old-style mindset is damn near scary.

With such polarizing differences, you can probably start to paint the picture of where an old soul like myself strays from the rest. Trying to have a conversation with a girl can even get difficult, as dumb as that sounds (or, I have no game, possibly).

We're the same age in the same community, yet our heads are in completely different places. Honestly, it gets embarrassing -- it's never fun to feel odd or different. However, these are experiences to learn from, and so we do. Our time will come. I know mine will. I certainly can't tell time but subtle optimism gets me by.

So as an old soul and hopeless romantic preaching for some reason about our struggles in the dating world, I hope you take one thing from this: We are different, but we are resilient.

According to Urban Dictionary, old souls are “Spiritual people whom are wise beyond [their] years; people of strong emotional stability. Basically, someone whom has more understanding of the world around them.”

Dating may not be the easiest for an old soul, but we're wise and understand the nature of the world better than most.

Clearly there's nothing to fret about.