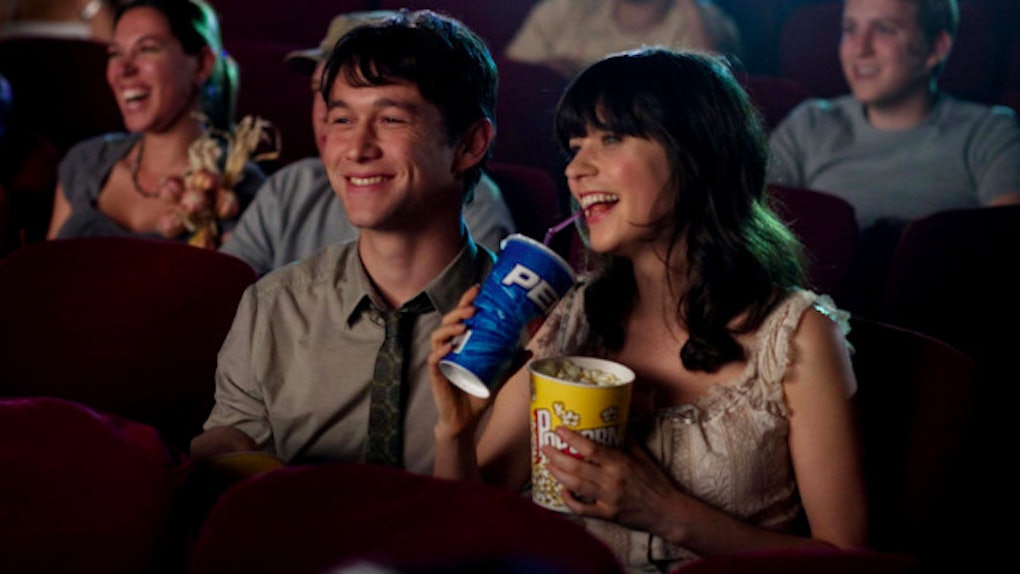 Hey! Nice guys -- yeah you -- this list is yours. It's the top ten things we hate hearing or receiving. Period.

We have heard it so often and quite frankly we are sick of it. They don't help, they are a bunch of clichés and they make us feel dead inside.

A note to the general public: Learn from your mistakes and stop it.

Thanks for the information. You could've stopped after sweet but you had to add single. Like being single is a bad thing sometimes? Now you've got us thinking there's something wrong with us. Thanks.

Nice guys: If this person is single and you happen to like them, immediately respond with, “Why don't you date me then?”

We have heard this way too many times! Hearing it is just nails on chalkboard. WE KNOW, we stopped looking, we probably just gave up while you were trying to make us feel better.

Nice guys: Just tell them you lost the map a while ago.

This just annoys anyone no matter what.

Why aren't we an option to you? We are literally right in front of your face and you want someone like us, but… but what? You know we would treat you right.

Nice guys: Make sure they know you are an option if you dig them.

This one is a little problematic. We are fine with favors, we will most likely follow through with them. But if you constantly ask us then we are going to get annoyed. Stop trying to take advantage of us.

Nice guys: Just stop saying "yes." We are always there for people, but sometimes they've got to figure out their own garbage.

If you know we like you, do not ask us to set you up with one of our friends. This just royally annoys us. We might do it, we might not. But thanks for letting us know we weren't an option… again.

This response usually comes from a close friend. First off, don't be that guy. Second off, anyone can get out of the friend zone.  Third, who knows what the other person is thinking? We could be totally in with a chance.

Nice guys: Punch 'em -- punch 'em right in the shoulder (only if it's another dude, obvs).

Don't tell us what we want. The heart wants what it wants, and if it picked you, then obviously we want to see where it leads.

Nice guys: Tell them you would absolutely want someone like them and list reasons. You can win them over, I believe in you.

Why aren't we allowed the same rules as everyone else? We want what we want -- the whole world is picky.

Nice guys: Say, “Whatever, you're just as picky." They most likely are anyway.

THANK YOU FOR TELLING ME THIS, I WAS ACTUALLY HOPING FOR A GIANT DOUCHE THAT MAKES ME FEEL WORTHLESS. We know what we deserve, we know what we want, we aren't dumb -- we are just nice.

Nice guys: Just say "I know," to end that conversation because we already do know.

Well there you have it, folks -- read this list, read it twice, learn from it.