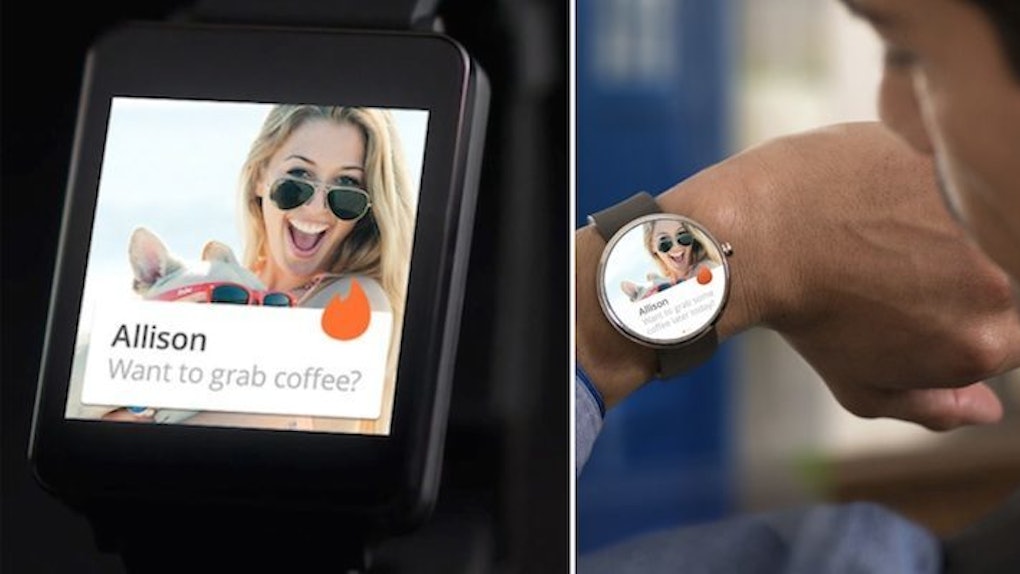 We're Not Hopeless: Why Tinder Hasn't Erased The Idea Of Marriage

I'm a romantic and I've always been one.

Like everyone else, I blame the Disney movies I grew up with.

I blame the Belles, Ariels and Snow Whites who convinced me romance is in every corner, and even the baddest of the bad boys will come around, so we can live happily ever after.

The second degree responsibility, of course, falls on Jane Austen and her stupid Mr. Darcy, the detached, rich, handsome and snobbish man who falls head-over-heels in love with Elizabeth Bennet, the not-so-rich and not-exactly-from-the-right-family maiden.

I hate to admit this, but one of my favorite sections from the New York Times is the Sunday Vows, where high achievers make their marriage announcements.

It's also the ultimate case-in-point for assortative mating.

However, this section also shows there are still people in their mid-to-late twenties who are getting married, and settling down to a life of a "we" instead of "me."

I'm pretty confident there are millions of women like me out there who are romantics, but who still went/go on Tinder, believing there's a potential mate out there.

Apps like Tinder have allowed us to break down the geography barrier and jump over the hurdle of the friend circle, where now we are able to meet people we might never have met before.

Of course, due to the shear number of potentials, there will be a lot more frogs we have to kiss before we meet the right frog who will turn into the prince.

However, this is not only a game of numbers; it also heavily depends on timing and where we are in our respective lives.

Being in a city like New York brings its own set of complications.

Not the food hungry, but the kind of hungry that makes a 20-something work 14 hours a day and still find time to study for the CFA.

It's the kind of city where what you do is way more important than who you are; where if you go out at 12 pm or 6 pm, you will find men and women dressed well enough to be on a magazine.

My answer is a resounding no.

Romance is not dead in New York. I expect both sexes are hoping to settle down with someone who shares their values, but it's not going to be anytime soon.

As this stage in our lives, we are on the trampoline, attempting to see how far we will go vertically.

Work your ass off, save money, go to grad school, maybe a stint oversees, travel, mess around, have (lots of) sex, fall in love for a few months, head back to the city you see yourself in for the next few years, meet the person you think complements you, marry and maybe have kids.

I don't see how a relationship would fit into any of these transitions.

I have moved around three times within the last two and a half years, and if something comes up that offers the opportunity to move to another city or country, I don't want a relationship forcing me to make a choice.

What my generation seems to have figured out is that relationships are not easy. They require sacrifice from one or both parties in the relationship, in terms of living and career choices.

Working 12-plus hours a day is not acceptable when you're in a relationship. Moving to a different country to pursue a freelance career is unimaginable, unless the person you're with has the same globetrotting aspirations.

Skipping weekends and holidays is out of the question, or it might lead to some uncomfortable bickering matches.

When one is not in a relationship, disappointment is not part of the vocabulary of our day-to-day lives.

If we fear disappointing our partners, succumb to their requests and start sacrificing our careers or aspirations, we only plant the seed of resentment and the eventual demise of the relationship.

We still want the intimacy sex provides, even if it lasts only for an hour and it's with a stranger.

We still want the feeling of being wanted and admired and loved, and Tinder and other apps like it provide that 24 hours a day, seven days a week.

Have we dwelled in easy dating to the point of ad nauseam?

Maybe. But I think we're just learning how to pace ourselves. Tinder is still a new phenomenon, and we are avidly learning how much we can handle.

But to those who say our generation lacks romance, or we lack interest in it, I say we are just focusing on who we are and who we want to become.

Yes, we've shelved romance in the bottom bookshelf, but it's only temporary. There will be a day when we will go searching for it.

Romance is not dead, and cupid has really not left the co-op for good, young Carrie Bradshaw.