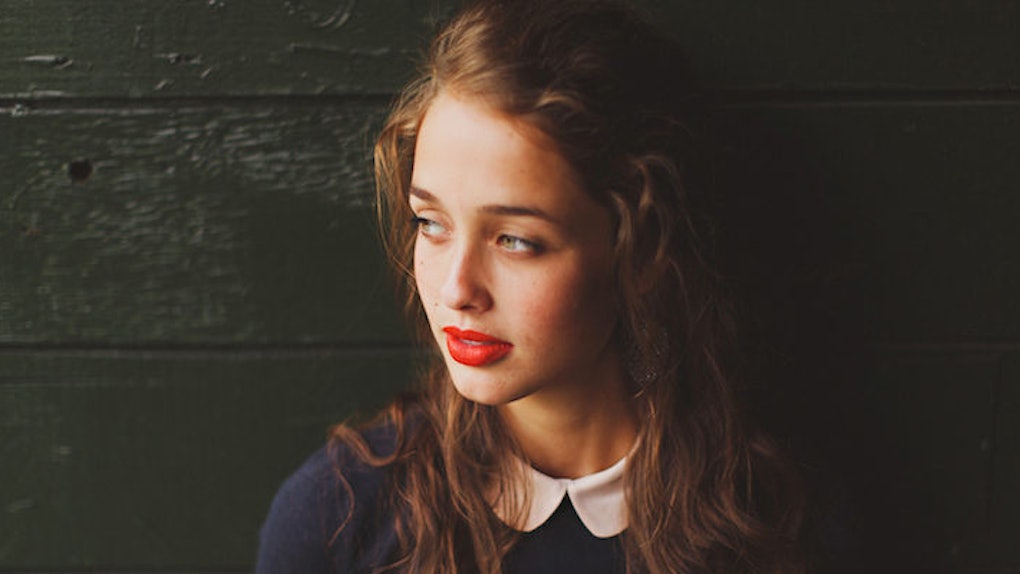 That, my friend, is something you’ve heard if you’ve ever been "hooked."

It’s the relationship you try to take to the next level, but for some reason, it never seems to go anywhere.

It’s your complete infatuation with someone who’s half-assing his feelings for you.

It’s the most extreme version of the friend zone because you are being led on.

It’s the booty call with hardly any satisfaction.

Being hooked on somebody who isn't hooked on you is quite possibly the most maddening scenario anyone can be in.

The hook-er is the one in control who leads you through a vicious cycle of baiting and hooking.

The bait starts out simple.

He lures you in with something that’s interesting enough to get you where he wants you to be, but not too interesting that you focus all of your attention on it.

It could be anything from his cool, laid-back personality to the fact he has Netflix, wants to watch a movie with you for an hour and a half and then “chill."

It could be someone you’ve just started talking to or an ex you’re still holding on to.

He’ll tell you he really likes you, but he can’t be with you right now.

The “right now” part is what really gets you because in your mind, “right now” says there’s a possibility of some time in the future where you’ll finally, uninhibitedly be together.

Newsflash: That will never happen.

Just when you start to realize you’re tired of his wishy-washy antics, he uses a cute pet name or finally commits to plans and reels you right back in.

He’ll continue to string you along and keep you around just in case the person who is keeping him on the hook disappears.

It’s a comfort thing for people who don’t want to commit, but can’t be alone.

The hook-er calls all of the shots.

You can invite him to a party as many weekends as you want.

He’ll say that he’ll “try to," but you’re 85 percent sure you won’t see him that night.

This is the kind of person who will expertly bail out of any kind of date party you invited him to.

He unapologetically ignores your texts, and better yet, he keeps his read receipts on.

But don’t worry; he’ll finally respond once it's past midnight.

He’ll sweet-talk you again, and you’ll forget about the fact he didn’t show up because he says just the right amount of nice things to keep you around.

Things like, “I don’t want to lose you” make it seem like all of the things he’s saying are genuine, but really he's just addicted to the ego boost your adoration is giving him.

The hook-er is smooth, suave and knows you’re wrapped around his finger.

Being on the hook is not something you should cry over.

Yes, it feels good to have someone around, but if you know you’re just playing games and your hook-ee is head over heels, the cycle needs to end.

When you think you may be hooked to a man who isn't hooked on you, ask yourself these questions:

2. Is he actually into me, or is he just into the idea of having someone around?

3. When was the last time he texted me when the sun was still up?

4. Is he addicted to the thrill of chasing me in my moments of doubt?

5. Am I just addicted to the thrill of chasing him?

If you find yourself needing to actually ask these questions, the answers don't really matter.

There's a big chance you're already the hook-ee, and that's your cue to leave.

It may temporarily break your heart, but it’s necessary.

Quit wasting your energy on someone you know is never going to be on the same page as you, and let yourself off his hook.

Don't wait around for him to toss you back into the water.