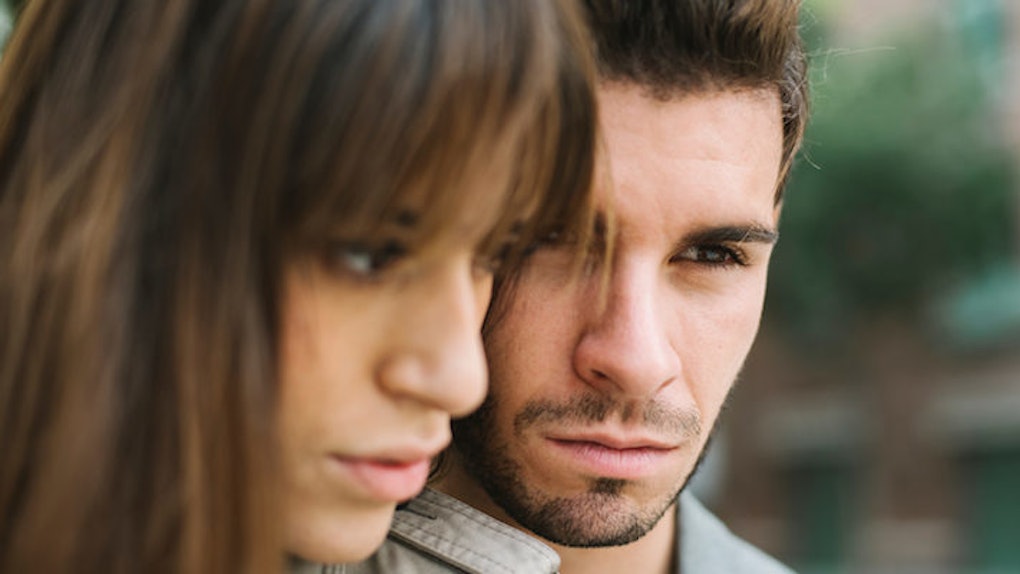 I've always had an excuse.

In college, I didn’t have time because school was my priority.

I was trying to graduate in three years, and I just had to get school done. I had no time for nonsense.

After I graduated from school, I focused on my career.

At 20 years old, I was the youngest employee in the non-profit organization. I had a lot to prove, in my opinion.

Instead of thinking about sustainability, I just worked 12-hour days every day.

I had no time for anything but work.

As I grew in my career, I became more focused on myself.

While I did have time, I wanted to do everything.

I started volunteering, joined a board, carved out time with my family and friends and most recently, did some private counseling.

My time was scheduled down to the hour, and I convinced myself “I had no time.”

The truth is, I was scared.

Somehow, I hit 26 and had never had a long-term relationship.

We could get into it, psychoanalyze my life and figure out all of my issues, but that isn’t the point of this article.

The point is, due to my lack of experience in dating, I had skewed views on what a relationship even looked like.

I had no idea what I was doing, and there were not enough romance movies to teach me what to expect in this whole dating world.

I basically did it all wrong with the wrong person.

I picked somebody who did not want to commit.

The funny and kind of embarrassing part of it all is he told me from the beginning he did not want to commit.

But, I thought, “Oh, this is just like that rom-com. We are going to keep it casual until he madly falls in love with me and realizes I am 'the one.' Obviously.”

Instead, I wasted nine months of my life with a man who would go from, “Let’s just be friends” to, “Let’s Netflix and chill” to, “You are the kind of girl I want to marry” to, “Tell me about your day” to nothing because he went MIA for two weeks.

On the bright side, I got away early.

I know even if this had turned into a relationship, these were signs of potential long-term lack of commitment.

This could have turned into the sad version of the Jennifer Aniston and Ben Affleck ordeal from “He’s Just Not That Into You,” which was a movie I referenced often in my turmoil of emotions with this man.

I know what you're thinking.

If I didn’t want to be a second, third or last priority, I should have ended it from the beginning because I should have known where it was going.

Well, there are a lot of things we should do.

Sometimes, we just can’t control what the heart wants, even when our rationale tells us otherwise.

So, this is for all of my fellow naive, hopeless, romantic, idiotic, like-a-challenge, slightly self-sabotaging, won’t-listen-to-anyone’s-advice 20-something women who have wasted time on somebody who was never going to commit.

Here are three things I think we all wish we could have said without seeming like a crazy person:

Okay, so this is a bit dramatic.

But, it is something I think about all the time.

There were several times when I made it clear I really liked this man.

At one point, I even got all teacher and had him repeat back to me what I was saying, to make sure he understood.

He said, “I think you have feelings for me.”

No sh*t, Sherlock. I just said that.

So now that we have established I have feelings, why do you continue to mess with my heart?

Why do you tell me you care about me, and then call me at 2 am just to hook up?

Why do you say you’ll see me soon, but then become busy for a month?

How do you tell me you think we should just be friends because our friendship is more important to you than hooking up, but then one week later, you tell me to send you a picture after I decide you coming over at 10 pm is a bad idea?

While it is my own fault for falling back into this little game every time, I just do not understand how you can do this to another person.

How can you take advantage of a naive individual who just unconditionally cares about you?

Why can’t you just let go, and let the girl you don’t want go?

I am told it is all part of the game, but it sounds like a bunch of BS.

Just because I allowed it doesn’t mean you should have done it.

I would never really ask this to a man who didn’t want me for two reasons.

One, I don’t want to know. Two, it sounds really pathetic.

Then, I remember I'm awesome.

So I think, "What is wrong with this man? He is basically an idiot. How do you pass up on a smart, funny, hard-working, independent woman?"

I thought I had issues.

3. Please don’t commit to somebody else before I do.

Because it will kill me.

That isn’t actually true. It will just piss me off.

It will build up my insecurities, and it will force me to waste a few weeks contemplating my life and my inability to have a relationship.

Dramatization, irrationality and emotions aside, I know perfectly well all of this is unnecessary.

We have already moved on, and this will become another insignificant experience in both of our lives.

It will become that funny relationship story I laugh about later in life, when I am in a healthy and happy relationship.

So instead of getting defensive, feeling hurt and taking it personally, I will just say it was a learning experience.

I learned I get to decide how I want to feel, and no man can make me feel bad unless I let him.

I learned I am a lover, not a hater.

Being mad and angry just makes me sad. So instead, I will kill him with kindness and tell him how he made me feel.

I will wish him the best, remember everyone has areas of growth and hope he learns from his issues.