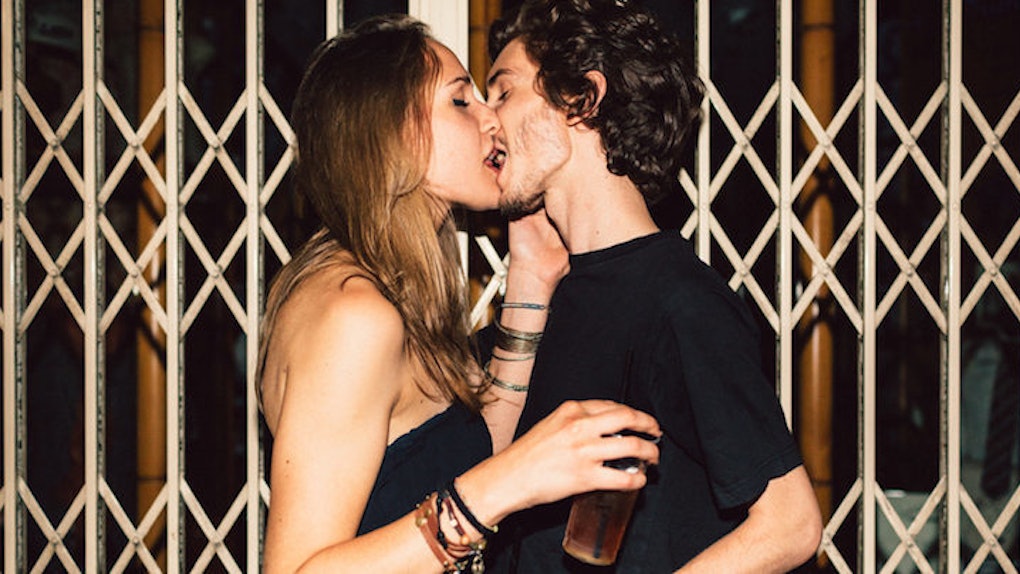 I understand the appeal of dating when you peel away its layers. Having a friend is great; someone to talk to, to support you, someone whose life you can affect in a positive way.

It’s also great to have a single person to have sex with regularly; I get that, too. For those who are driven and keep very busy, it’s difficult to schedule in a good romping.

And sleeping around with just about anyone isn’t very fun because the sex isn’t very good. So I get all of that. I understand wanting to date someone because it makes you feel good; it has plenty of benefits.

But if you ask me, dating, more often than not, is outweighed by the negatives, which, in a nutshell, boil down to the fact that what most of us believe to be dating is simply a waste of time… and money.

You are presumably dating an individual because the relationship gives you something you either need or want. It could simply be sex. It could be social interaction.

But most often, it’s a combination of both sex and social interaction, plus one very special ingredient that just about every single person currently in a relationship is lacking: real intimacy.

Intimacy isn’t sex. You can have sex without it being intimate. Believe me, I’ve done it plenty of times. Most of us call it "f*cking."

And that’s what most relationships end up being: two f*ck buddies who believe it's wrong to want to only have sex with each other so they give themselves a nice, neat label. “We’re boyfriend and girlfriend, so it’s okay for us to be f*cking on the regular.”

The problem is, because you won’t admit that you simply want to be together because you like the sex and each other’s company enough to continue having sex, you have to do all those other things included in the boyfriend/girlfriend package.

You have to spend more time and more money than you should because, be honest, you just like your partner enough to keep having sex with him or her, but you have to keep up appearances with your friends. You guys may very well be friends, but you’re not lovers… only friends with benefits.

Lovers actually love each other. That’s the biggest difference and the most important reason as to why dating is almost always a complete waste.

Human beings want intimacy. Is it because we were designed that way? Probably not.

It’s most likely only an idea that we created not too long ago in order for us to make more sense out of our carnal urges, making us less animalistic and more "special." But you know what? It’s the best damn idea that man has ever come up with.

The concept of love and intimacy is so incredibly beautiful that once you understand the concept fully, once you realize your brain can create the feelings associated with romantic love, you’re hooked on it for life.

It’s the intimacy we are truly after and it’s the one thing almost always missing from a relationship. Of course, one could say there are different levels of intimacy one can have, but in reality, I don’t believe there are.

True intimacy is a complete unraveling of all our defenses. It’s allowing someone else to see us for who we really are, not just for who we let on to be. And for intimacy to truly be present, it has to flow from both parties. A majority of relationships don’t even come close.

What’s better, yet, is that we know we can’t be intimate with most of the people we date. Nevertheless, we drag on the relationships for as long as we can.

You want someone who truly does make you a better you. The only way is by first stripping down bare, not just metaphorically, and allowing someone else to see you for you.

This empowerment doesn’t exist in most relationships. Most people never reveal their true selves to their partners, always holding on to their egos so, just in case things don’t work out, they wouldn’t have been entirely exposed; their façade left intact. Dating is only worthwhile when it adds to one's life, not when it takes away from it.

By being in a bad relationship, you are hurting yourself, just as you are if you’re settling for a good one. Great love does exist. A great version of you does exist.

Near-perfect is attainable and what that means you will understand when you find the right person. Stop wasting your time dating people you don’t really care about or don’t connect with on a deep enough level.

I never understood this, but that’s only because the first time I fell in love, it was the real deal. I now can never settle for anything short of “wow.”

Thankfully, there isn’t just one right person out there for us. The odds are in our favor, so be honest with yourself and with your partner. You’re not only wasting your time; you’re also wasting theirs.

Photo via We Heart It Tumblr