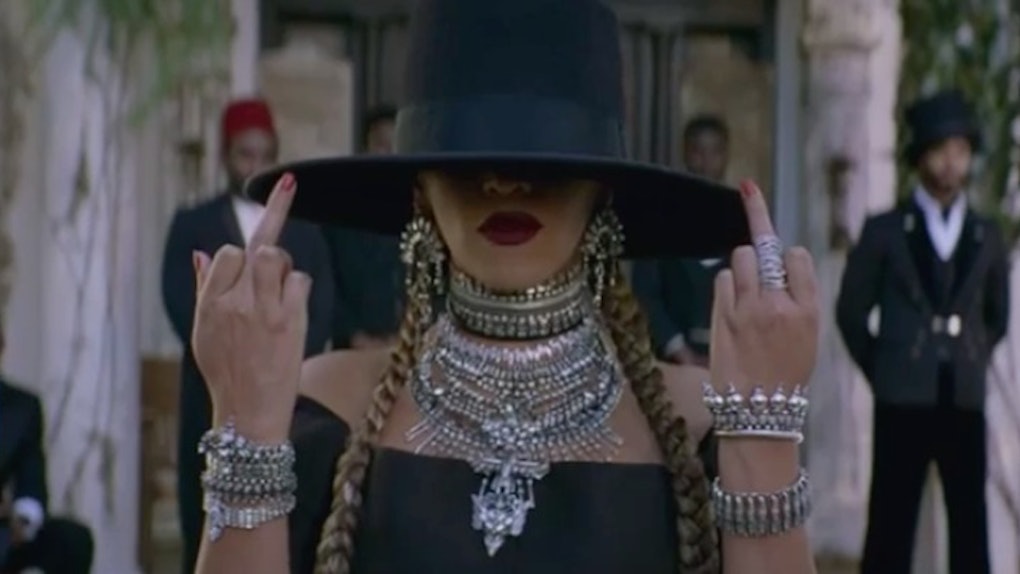 He's not your soul mate, unless your soul is like, really dark, shady and unreliable.

We have a coffee coaster in my office that reads, “It's better to have loved and lost than to live with the psycho the rest of your life."

As a professional Matchmaker based in Beverly Hills working with some of the most incredible women in the world, I see it every day. As a woman, I've been there.

It's better to have loved and lost than to live with the psycho the rest of your life.

The butterflies. The constant low-key checking of your phone to see if he's texted when you're out with friends. The euphoric high when you're with him and the soul-crushing, Netflix binge-inducing low when he mysteriously disappears for four days. The “relationship” that's been undefined for months. The constant feeling that you're not good enough for him even though, honey, you are TOO good for him.

You read articles where the experts say that you've been “benched” or that he's “bread-crumbing" you. But guess what? In the words of the fabulous Samantha Jones, “As far as I'm concerned, the test of a good relationship is: Are you like this? *frowns* Or like this? *smiles*."

This feeling of uncertainty is mistaken for sparks… but let me tell you something about sparks.

Sparks are when a guy actually does what he says he's going to do. He picks you up at 8 pm, not 8:30 because he was "running late sry." He asks to see you on a Wednesday, not Friday with a "what r up 2?" text. He plans day activities with you and is not shadily out of town every other weekend.

Let me tell you from personal experience: Sparks totally trump the feelings of dread and uncertainty induced by your current man.

As a generation of the most incredibly accomplished women in centuries, we need to rethink what “sparks," “soul mate" and “your person” actually are.

Rom-coms will have us believing that the emotionally unavailable bad boy will magically change his ways the second he meets his Kate Hudson.

But here's the thing about these men: If they went to therapy, many of them would be clinically diagnosed as narcissists.

According to psychologists, narcissists are people who are completely enamored with themselves. It's not that they are not into you, they are just into themselves more. They utilize your affections for their own self gratification and, in many cases in our hook-up generation, to get what they want from you to meet their *ahem* physical desires.

There is nothing more enamoring and intoxicating than the gaze of a narcissist when they want something from you. Although they can be incredibly charming at first, beware: lying, manipulation and the inability to make an emotional commitment is just in their brain makeup.

Unless they get into therapy and make a deliberate effort to change their ways, this is one guy that you need to just say #BOYBYE to.

Here's the thing about men: The more men you date, the more you realize how many great guys are actually out there. But, you'll never meet these great guys if you're pining over a narcissist.

If you're wasting time attempting to change the guy who you're infatuated with, prove yourself worthy of his affections or figure him out, it's time to make a significant change.

A healthy relationship makes you feel fabulous, not like you've been hit by a bus.

Whenever I'm date coaching a woman who's dealing with a narcissist, I like to bring her on a little "Magic School Bus" ride into the future.

"If the guy you're dating is always late, how is he going to be when he has to pick up your future son from basketball practice?" "If you're already suspicious he has a wandering eye, how will he be five years into your marriage when your body isn't quite as tight as it was before you pushed out two kids?" "If he's always busy with work, how will he make time to go with you to your cousin's wedding in Montana?"

When a guy shows you who he is, believe him.

When you let go of chasing waterfalls, you'll feel an incredible sense of freedom. Just knowing and recognizing that this man is not “your person,” and you aren't supposed to feel so unsettled for the rest of your life, is a love-life-changing realization.

I've been there (a few times TBH) where I thought that the most incredible feeling in the world was being with this guy because how could anything top it? Your judgement is clouded, you're hopped up on dopamine and serotonin.

But I've also been on the other side so I can clearly tell you this: Letting go of a guy who doesn't treat you the way you deserve to be treated is one of the most freeing experiences that you'll ever encounter as a woman.

Even if this guy does give you the minimum to keep you holding on by a thread, understand that you deserve to be with one of the good guys, and there are PLENTY of them out there just looking for a girl like you.

When you say bye to a man who's been taking up valuable headspace, precious time and energy, you free yourself up to new men whom you can build a healthy relationship with.

The beauty of this experience is that you will never again take a good man for granted. Tell the dud #BOYBYE so you can say hello to your real Prince Charming.