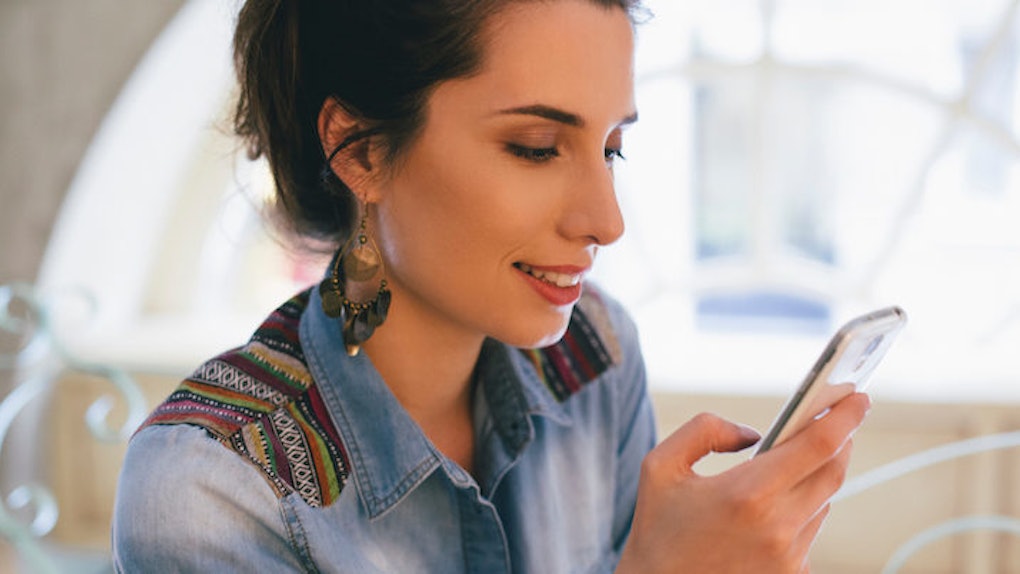 The Harsh Reality Behind The 'We're Talking' Phenomenon

Remember what it was like going on a date with someone for the first time and not knowing virtually anything about him or her? Yeah, me either.

We all know how this phase goes: You meet someone, think he or she is cute and swap numbers. Something along those lines, right?

Well, what happens after that? Does he ask you on a date? That’s probably what should be happening, but it isn’t. Most of the time, you text for a couple of days, or worse, Snapchat.

The majority of our society is guilty of this, myself included.

Now, that’s all fine and dandy, but what happens when you actually go on a date? Assuming you ever make it to that stage...

Dating is about getting to know someone.

The whole point of going on dates is to get to know people for who they are. You ask about hobbies, interests and life stories.

However, the talking stage of "relationships" has completely ruined this step. Ultimately, there is no need for the stage of "dating" because you have already gotten to know this person through text.

You may be thinking, okay, so how is this a bad thing? The problem with this is in the "talking" stage, you are mostly texting/Snapchatting.

This doesn’t allow you to see the person face-to-face and interact with him or her on a personal level.

You hear the chime on your phone and immediately get overwhelmed with this sense of self-worth or happiness, instead of actually seeing a smile sitting across from you at a table.

You don’t need to talk to someone every second of the day.

Most people nowadays have their phones glued to their hands. This means if people aren’t responding to you, they are most likely ignoring you.

Ever get the dreaded “read receipt” or some equivalent to that? This was probably one of the worst things ever invented. It induces a sense of power that isn’t actually there, by making the other person wait, while it's blatantly obvious you saw the message.

It is completely unhealthy to talk to someone for every minute of the day because, after a while, you run out of things to talk about.

Let's face it: Someone is going to get bored after a period of time while the other person clings to the phone waiting for the next message to pop up.

The “talking” stage is basically for people who have commitment issues.

This stage of relationships brings out the commitment issues in everyone.

This stage is normally when the question, “What are we?” comes about, and it's arguably one of the most dreaded questions of all.

Why? Because, most of the time, people aren’t ready to answer it. This stage of dating allows people to get what they want, without actually having to make anything official.

Sometimes, this is for personal gain on one side, or possibly, insecurity.

Some people don’t like to be tied down, and this stage is one way for them to keep their freedom and not feel guilty about it.

While some don’t have a problem with this, it can drive others crazy. If you're going to make the bold decision to date someone, do it exclusively.

"Talking" is just another way for people to justify cheating on each other.

I’m not sure about you, but when I’m trying to see if I want to be with a person romantically, I’d rather not have him or her looking around for other options while I’m trying to give it my all.

Let’s face it: Because we live in the 21st century, we are almost all guilty of this phenomenon.

The "talking" stage of dating is here to stay, no doubt about that. No matter how much we might try to change it and go back to the old ways of dating, I believe it is irreversible because of today's technology.

Everything we want is controlled with the push of a button, even people.