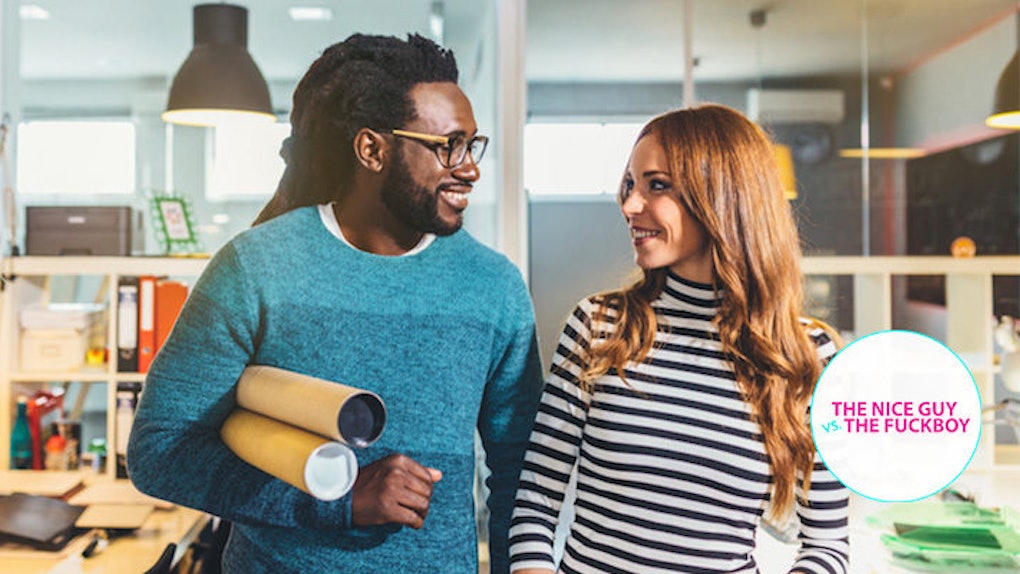 The 'Talking' Stage Of An Almost Relationship Is Actually Great

Somehow in 2016, we became the generation that has emphasized finding love, rather than giving it.

Somewhere along the lines, the chase of acquiring a relationship became the goal rather than the destination for two people who want to be together.

We changed the definition of what it meant to be dating someone, and now we have several steps before a relationship can become official.

As Drake put it, “we live in a generation of not being in love, and not being together. But we sure make it feel like we're together, because we're scared to see each other with somebody else.”

The thing is, people are giving up on dating, the same way they give up on themselves. Instead dating is replaced with the term “talking.” Try explaining the difference between the two to tweens, I dare you.

The one problem? No matter if you're in the stage with no labels or not, you're still tied to a relationship where you're unsure of its validity. You're still getting butterflies over that one person who texts you at 2 am. One of the most freeing feelings is to identify who has the most power over you, and let them go.

For better or worse, it is essential to identify if there are relationships that have no objective. If he does any of the following, he's not in it for the long haul.

1. Snapchat messages you 2. Reads your messages and responds when he's ready to hangout 3. WYD texts 4. Doesn't ask follow up questions 5. Bad eye contact 6. You haven't met or hung out with his friends 7. Says his ex is “crazy”

I met this guy a year ago, let's call him Zachary. By the book, he was perfect: attentive, compassionate, humorous, built body, dark hair and dark eyes the whole deal.

All my friends liked Zachary, and it helped that we ran in the same circle. He was a great guy. So naturally, I wasn't into him, but his friend, Tyler, was the complete opposite and had gotten my attention.

I think what intrigued me the most about Tyler was that he was a breath of fresh air. He said whatever he wanted whenever he wanted, but made sure it wasn't hurting other people's feelings.

He loved to socialize if there were events, but you could also count on him to be chilling with a small crew at home. He was gentle and charming, but also blunt and spontaneous.

The weeks turned into months, and soon enough Tyler and I became an item. I use the term "item" very lightly because we never spoke about our label and we never set boundaries on our relationship.

My friends thought the idea of us was ludicrous, “We all know how 'no strings attached' ends,” they would say. Regardless, I ignored them. Tyler and I spoke about what was obvious, which was the fact that we liked each other and wanted to continue hooking up.

Simplicity worked for a while.

As our “relationship” progressed, due to how casual everything was, I didn't think it would ever end bad. How could it? We were friends, had little to argue about (and little in common) and had an “out of sight out of mind” agreement.

It wasn't ever explicitly said but to my understanding we both wanted the benefits of being in a relationship, but we didn't have the time or energy to develop one.

Six months into “talking,” I realized I spent time on someone who could be so easily replaced in my life, and I didn't mind that fact. There was no foundation to our relationship, and with that in mind, it was hard to make Tyler a priority.

This may sound a bit selfish, but there became no point for me to have a capacity of caring for someone who wasn't challenging me to be the best version of myself that I could be or improving and impacting my life. I had no expectations for Tyler, and with that came no disappointments.

A casual romance with a temporary person made me value myself more because I wasn't trying to please anyone else. I was making myself priority.

Instead of feeling the need to impress someone else, I caught myself wondering if he would do anything to impress me on the contrary. Instead of wondering why we did not have a relationship status, I knew we didn't have the “official” discussion because deep down I didn't really want to be with him.

I was never looking for his approval; in the mean time, I was making time for the people that meant something to me. To this day, Tyler is still a great person in my opinion and there is no bad blood between us.

Maybe in another life we were meant to be more, but our relationship came and it ended and it was never meant to be more than what it was in our generation. It worked for Tyler and I because we both never pressured the other party to be serious. We didn't have a goal or an objective to Instagram each other #couplegoals.

We liked spending time together, but we also liked our lifestyle as individuals and not in a relationship. We accepted each other as people first, and didn't have an idolized image of what the other should be doing.

I wasn't looking for love, but I found someone I was talking to and it really wasn't all that bad.