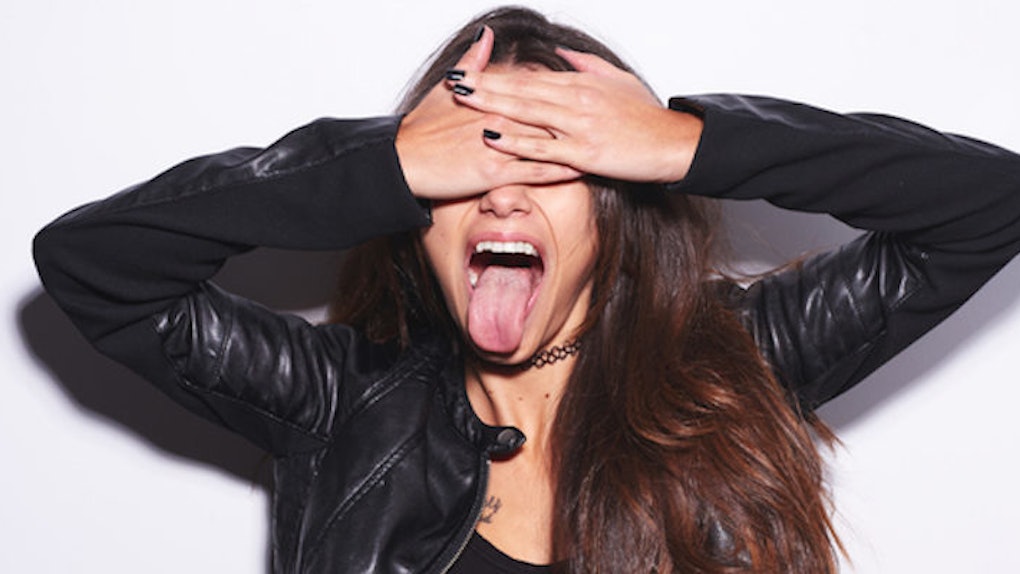 What It Means To Have 'Sudden Repulsion Syndrome' In Your Relationship

The other day, I found myself in the female internet-stalking vortex. I fall into these dark holes, usually around 4 am when I can't sleep because I'm shame spiraling over something idiotic I did that day.

The internet has always been my source of comfort when I feel all alone in my feelings of embarrassment, misery and sadness, baby. Nothing like a hot and savvy female internet writer to put into words the horrible feels that are consuming your soul and keeping you up late at night.

Especially when you've sworn off the Xanax and the Ambien and are forced into feeling your feelings without the filter of prescription drugs. It's awful.

Somehow in my sorrow I came across an old article from my favorite Vogue.com column, "Breathless," by Karley Sciortino of the legendary Slutever blog.

As soon as I saw the headline, I wrapped the comforter way up to my face and sunk deeper into my bed. I knew I was in for a good one because the title was: "There's a Name for My Problem and It's Called Sudden Repulsion Syndrome."

In the article, Karley talks about how she met this guy named Dan who she was super into, intoxicated by even. Then one day she noticed he had sheets tacked to his windows in lieu of curtains and no books in his apartment. Suddenly she was overcome with a powerful emotion,

I looked at Dan and felt an overwhelming nausea. Not only did I never want to see him again, but I suddenly couldn't remember why I'd ever liked him to begin with.

Ugh. This has happened to me many, MANY times and thanks to Karley I now have a name for it: Sudden Repulsion Syndrome.

A condition many people experience after dating an individual for a short amount of time. The individual is probably polite, nice, and generally pleasant to be around, but one day, you suddenly find yourself disgusted by his or her appearance. You cannot ever see yourself establishing a physical relationship with this individual, and when you imagine it, you vomit in your mouth a little. The consequence of SRS is that you end up feeling as though you must break it off immediately.

I remember the first time I experienced SRS. I was 15 years old and dating a boy we'll call Max*. Max was a few years older and worked at Hot Topic. I thought he was the coolest boy ever and I was the envy of all my friends.

Life was pretty good with Max, until one day I read his LiveJournal and found out he liked some Christian punk band. I was instantly repulsed and never wanted to see his face ever again.

And I never did. Because I broke up with him via a long-winded poetic email where I used moon metaphors to tell him I was the problem and it wasn't his fault. I did this all in ripped fishnets and a Slayer T-shirt because I was a little teenage goth back in those days, hence the moon metaphors and the LiveJournal blogging.

It's happened to me several other times as an adult, and it hits when I least expect it. One time it was a yellow tooth and BAM, I instantly wanted to vomit and run away from this wretched person.

Another time it was learning she was pro-life and I was stuck in the car with her in San Francisco and suddenly had traumatic visions of running into the traffic because that seemed like a better option than being in her presence.

Another time it was just seeing the girl drunk acting like an idiot, which is hypocritical AF because I get drunk and act like an idiot all the time and would be wildly offended if I gave some SRS as a result.

It's the worst because you shame spiral for days afterwards, wondering how you thought you had such intense feelings for such a vile person. Or you feel guilt because you have to be a giant bitch and break the heart of an innocent human being you briefly fell for. Either way, it's no fun.

So what do we do? Well, kittens, I don't have the answer but I did do you a great service by putting a name to this epidemic I know a lot of my fellow high maintenance entitled girl creatures deal with.

I mean, the first step to recovery is just acknowledge the problem, right?