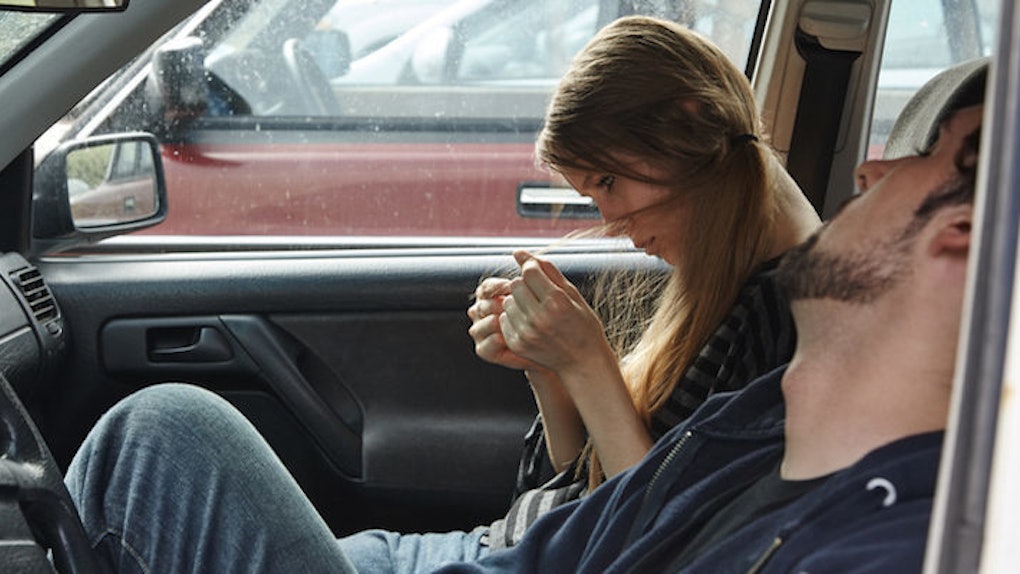 10 Signs Your Boyfriend Is About To Break Up With You

In the dynamic world of Tinder and online dating websites, finding true love may seem impossible.

So when you find a boyfriend and feel loved, you hold on to that feeling for as long as you can. Love is certainly not always about flowers, butterflies and endless dinner dates. It's about compromise, trust and building your lives together.

It's hard to let go. We hold on to things we don't want to see leave us. It's painful to finally realize you're not enough for the person you love and that he no longer loves you.

1. He stops being interested in the little details about your life.

Instead of finding you interesting and asking you about everything in your life, he dismisses it and talks to you like you're a nuisance.

Before, he'd ask you all about your life and find every little thing about you interesting no matter how small, but now, that interest seems to have disappeared.

2. He stops trying to include you when he hangs out with his friends.

You and his friend group are two worlds that rarely collide.

Although it's healthy to have your own group of friends away from your partner in a relationship, the fact that he started going out without ever bothering to include you in any part of his life is just hurtful.

He forgets about you and purposefully does it because he's stopped caring.

3. He starts making excuses to hang out less.

He'll find every excuse in the book not to see you. Whether he's using "tired" or "busy" as the cop out, you shouldn't buy it. If he wants to make time for you, he will, regardless of how difficult it may be. If he can't be bothered to come and see you, he has some explaining to do.

4. He starts going out way more than he ever has before.

Sure, at every stage in your life, you'll end up meeting new people and will want to go out and have fun, but that certainly doesn't mean he should be hitting the club every single night instead of spending quality time with you.

5. He seems to blame everything on you.

If he didn't come and see you, he'll somehow blame it on you whether it's your fault or not. He starts turning the tables and making it your fault every time.

Instead of apologizing and admitting he's wrong (you know, the act of trying to make things work), he'll drag out the argument and blow it into something much bigger.

6. He makes you feel like you aren't good enough.

You could be the most beautiful and intelligent woman on this planet yet you'd still feel like you wouldn't be good enough.

You're worried that one day, he'll just leave you for someone else and fall in love with that person the same way you love him because she has something you don't.

From lying about his whereabouts on Saturday night to deleting his Facebook messages with another girl... lying about anything in a relationship is unacceptable.

If he finds it easy to lie to you, he doesn't love you. And the worst part is, even if he lies to you again and again, you know you shouldn't settle for a relationship like this.

You tell yourself that he loves you and that it will all change (one day) because you love him.

You feel that he doesn't care about anything or how you truly feel. He neglects your feelings and doesn't listen to you about anything. He doesn't respect you, hear you or value what you say and feel.

9. He gets angry with you over the things he used to let go.

Every time he's around you, he sounds frustrated, bored and tired. It can make you feel as if he's stuck with you.

If there is the smallest fight to be made, he'll create an argument because he's just moody and annoyed. He takes out everything on you and doesn't care about how it will make you feel.

10. He doesn't prioritize you.

You feel like there's no space for you in his life. He has friends and everything else going well for him yet you feel like you have to squeeze yourself in the smallest cracks and crevices in his life.

However, this should never be the case. He should be putting you as his first priority, making you feel loved and cherished like any guy who truly loved you would.