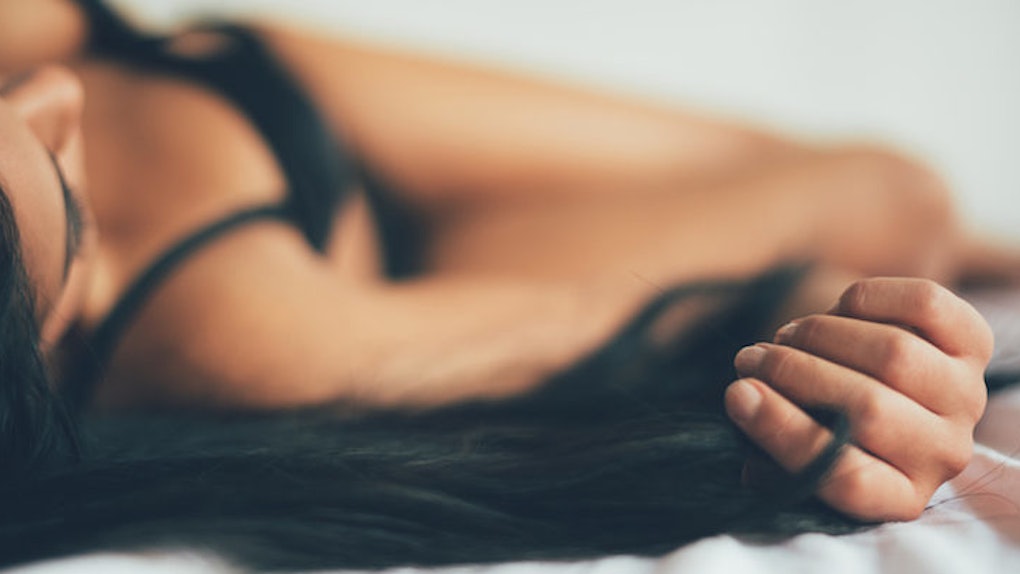 5 Reasons You Keep Getting Stuck In Friends With Benefits Relationships

Once upon a time, I was friends with a girl who was love's biggest fan. She loved hard, and she would have done anything for someone who had her heart. Her love was genuine, pure and authentic.

But after she fell in love with someone who didn't offer the same kind of love back, no one could tie her down. She started to end up in situations that didn't make it past "we're friends who have sex." She either only wanted sex, or she wanted more from the person with whom she originally only wanted sex.

Here are a few reasons why people always end up being friends with benefits, even during the times they don't actually want to be:

1. You haven't decided what you really want.

It's easy to get caught up in messy situations when you aren't 100 percent sure of what you want. You have to make up your mind about what your goal is before you go out into the dating world.

You can't agree to be FWBs and try to slide your heart in too late. You'll only get mad that you didn't get the response you were looking for.

2. You haven't discovered what else you have to offer.

Good sex isn't that hard to get. But for some reason, people think they have it all just because they're good in bed.

Are you a good listener? Can I talk to you about my day, or are you going to stare at my tits while I'm talking?

Are you a provider? Can you make my life a little less expensive, or are you just going to ask me if I'm wearing any panties? You probably give great head, but do you have a great credit score?

You want to be more than a friend with benefits. But, good sex is the only benefit people get from "dating" you.

3. You haven't made it clear that you want more than sex.

In order to get different results, you have to do different things. When you weren't interested in having a relationship, you had sex with whoever you wanted to have sex with. You didn't care if the person would make a good partner or not.

You didn't care if he or she had kids, ambition or goals because all you wanted was sex. However, when you're ready to commit, your actions have to prove that.

Even if you aren't talking to someone, you'll start getting into the mindset of being a boyfriend or girlfriend. You'll have to cut back on entertaining people. You'll have to up your standards and cut back on the people you're "just having sex with" because now, you're looking for someone you actually want to commit to.

4. You've let other people determine what you'll bring to the table.

You don't know what to demand from the people trying to be a part of your world. You don't demand anything, or your demands are inconsistent. Therefore, people give you what they want to give you.

You didn't really want a FWB, but you didn't make it clear you weren't down for that. So now, you're stuck in a situation that you realize you never really wanted.

The sex is good, though. You guys have fun together. So, you gave up on trying to demand more than what this person brought to the table.

5. You're scared of falling in love again.

The thing you don't realize is you expected that person to f*ck up from the beginning, so you never really gave him or her a chance. If you don't allow yourself to fall, you won't. To keep yourself from doing such a horrific thing, you only allow yourself to go as far as no strings attached. You like him or her, but friends with benefits keeps your emotions intact and you in control of the situation.

If you want to be more than just the friend this person is having sex with, make it known. Stick to your word. Don't be cool with it today. Give him or her an ultimatum tomorrow, and then be cool with it again the following week.

If a relationship is what you really want, and he or she is not trying to be in one, you guys are playing on two different fields. Stop settling for a piece of someone.

This post was originally published on the author's personal blog.