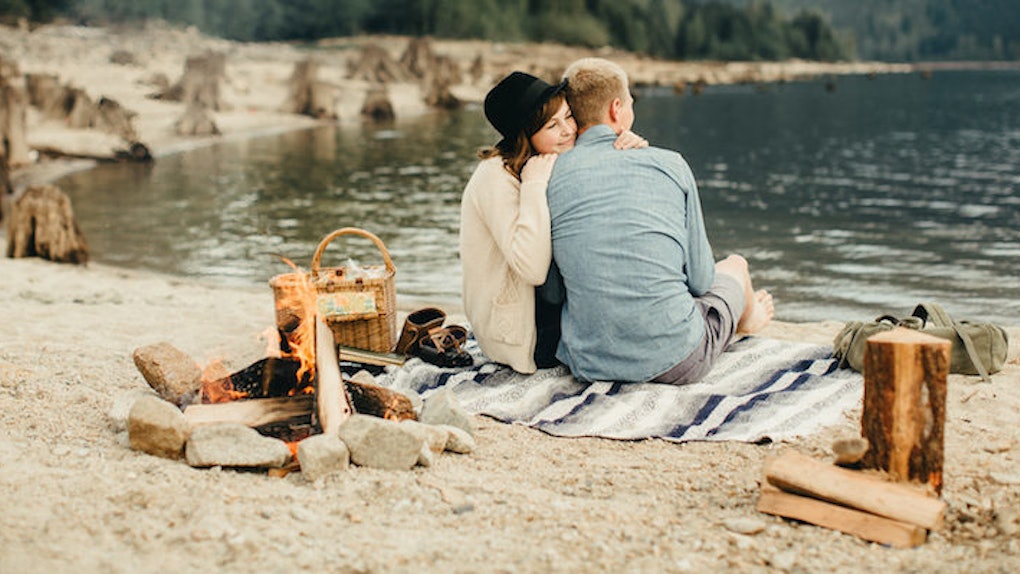 Stop Saying You're 'Talking' To Him, You Guys Are F*cking Dating

If I hear one more person tell me he or she is "talking" to someone, I'm going to lose my sh*t. What 25- to 28-year-old person defines his or her intimate relationship with another person as talking?

If you're f*cking a guy, I sure as hell hope you're talking to him or else that would be pretty damn weird.

You know what this used to be called back in the day? Before Instagram and Snapchat and cell phones? That's right -- dating. So, despite all of these technological barriers you use as a buffer, you are, in fact, dating the person you are "talking" to.

This entire process doesn't even make any sense. You want to be with a person, so you use every twisted form of communication to make it seem as if you aren't interested in this person to get him or her interested in you.

It's a game of who cares the least in which everyone loses.

Sorry, but if any of these occur in your little "talking" phase, you're not just talking -- you're dating.

1. If he gets mad at you for flirting with other people, you're f*cking dating

The only people who get pissed off when you flirt with people in front of their faces are people who hold some claim over you.

Of course people tend to get jealous over the smallest of things, but when it comes to personal interactions, this only means one thing -- this person has feelings for you.

And when mutual feelings come into play, it's because you're dating, whether you care to admit it or not.

2. If he has met your family, you're f*cking dating

Why would you waste your time, another person's time and your precious family's time? Meeting the family is basically a way to say you're officially dating without actually having to utter the words out loud.

There really is no clearer sign, and if you think otherwise -- you're just lying to yourself.

3. If you're automatically assumed to be his plus one, you're f*cking dating

If you get an invitation to any outing, and your friend invites your girl or guy along, guess what? You're probably a couple.

If you get a formal invitation to an event such as a wedding and his name is on the envelope (not talking a nice plus-one card), you're definitely dating.

4. If you get that “good morning” text, you're f*cking dating

You don't even text your best friends good morning, so clearly you have a different type of relationship going on with the person you're firing off these messages to.

5. If you put up pictures of just the two of you, you're f*cking dating

Don't kid yourself, it's not because the sunset behind you is too beautiful not to post.

6. If your sober-to-drunk-hangout ratio is 3:1, you're f*cking dating

As sad as it is, the art of the sober hangout is practically dead. That is, unless you're a couple, which -- SURPRISE -- you are.

7. If you leave anything at his apartment without prior consent, you’re f*cking dating

Why would you even leave your belongings behind if you didn't trust this person enough?

8. If you have a show you watch together, you're f*cking dating

9. If he knows your food quirks, you’re f*cking dating

Picking up on little behaviors is just another way of expressing love, no matter how you look at it.

10. If you don't feel pressure to leave the next day, you’re f*cking dating

If you wake up in a person's apartment and don't feel the immediate urge to leave, there has to be a reason. In this case, it's because you're a couple, and this is what couples do.

11. If his roommates know all about you, you're f*cking dating

Guys don't talk to other guys about girls unless they give a sh*t about them...

12. If he is holding your hand, you're f*cking dating

Because no one else would ever want to do this.

13. If you talk on the phone, you're f*cking dating

Who does this anymore? Oh, that's right -- couples.

14. If you take your makeup off before bed, you're f*cking dating

This is the ultimate sign you've reached peak comfort in your relationship.

15. If you sleep together more than you sleep alone, you're f*cking dating

If you spend the majority of your nights sleeping at each other's spots, you, my friend, have a significant other.

17. If you have full access to the apartment, you're f*cking dating

You wouldn't just give a key to anyone, now would you?

18. If he doesn't bring his phone into the shower, you're f*cking dating

Basically, if a guy lets you open his messages or answer his calls without looking at who it is first, you've got a boyfriend, babe.

20. If you've deleted all of your dating apps, you're f*cking dating

Why else would you delete them, hmmm?

22. If you don't panic thinking about the future, you're f*cking dating

Why? Because this is your future.