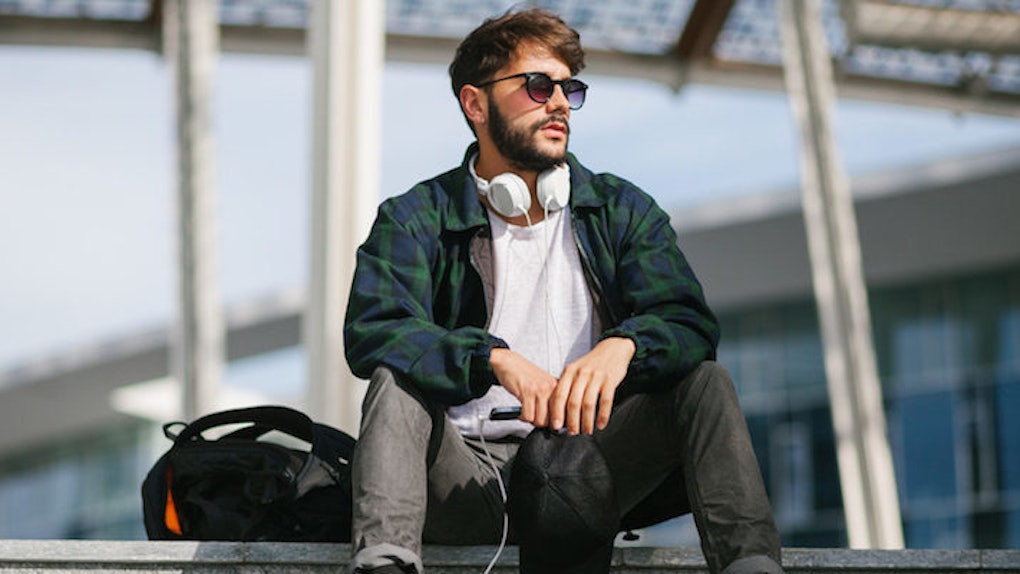 I'm Still In Love With My High School Girlfriend

My experience with love is shaky at best. Not the scientific love (meaning the release of chemicals and hormones in the pineal gland), but the hard-to-explain phenomenon known as love.

I've only been in love once. And in all actuality, by the time I figured out I was in love, it was far too late.

Back in high school, I met a nice young lady named Sammy. She was captain of the cheerleading team, popular and absolutely gorgeous.

Initially, I didn't even acknowledge her as a person. I've seen "Clueless" and "Mean Girls," and it was a safe assumption that she was a pretentious bitch. To my surprise, I was wrong. Way wrong.

I took a liking to her, and she reciprocated. I wasn't sure why. After all, I was the kid from the other side of the tracks who grew up too fast and only showed up to gym class (because gym was awesome). She looked passed all that, though.

Once we really got to know each other, my original impression of her changed drastically. She was extremely smart, and she helped me realize I was smart. Before her, I had never talked with anyone who challenged or stimulated me, mentally. She stimulated me physically, too, but I won't get into that.

I felt emotionally connected with her, which was another first for me. Things were going great for a few months, but then, in good fashion, I did something stupid. Another story for another time, but because of what I did, she dumped me.

When Sammy was gone, I really didn't care. It might sound cold, but that's the truth. That was my first real relationship, so I kind of assumed all of them were like that.

My thinking was, if there was one, there would be another. Good, old logic and rational thinking came to my emotional aid, methinks.

So, I did what any man would do: I started drinking more and sleeping with random women. I found solace in that for the next seven plus years.

Not long ago, I saw on Facebook that she was getting married. All of the sudden, it hit me.

It took me almost 10 years to realize I was in love with the girl who dumped me in high school, and I still might be in love with her.

It took me almost 10 years to realize I was in love with the girl who dumped me in high school.

I came to find that what I was really doing, subconsciously, was looking for her in other women. Looking back on the women I've been with since I graduated from high school, most of them have at least one feature that reminded me of Sammy.

Actually, the majority of women I've been with over the last seven years work in the same field as Sammy. They have similar hair color to Sammy's. I have basically slept with, like, eight other Sammys.

Straight up, I was looking for her in other women. It's kind of like that old cliché, "You don't know what you have until you lose it," except, in my case, it's a little more like, "I didn't know what I had until I never found it again."

You don't know what you have until you never find it again.

My biggest mistakes were not being able to identify my feelings, assuming all women would make me feel the way Sammy did and a blonde named Vanessa who tempted me, resulting in the termination of my and Sammy's relationship.

Truthfully, I still love her to this day. I'm not hurt or anything, though. We still keep in touch but, mostly in Spanish. (We use each other to practice linguistics.) We even meet for lunch from time to time. Neither of us is sour about our past; we're friends now.

She's a happily married, pregnant doctor, and I'm a happily drunk bachelor. She has a good life, and I do, too.