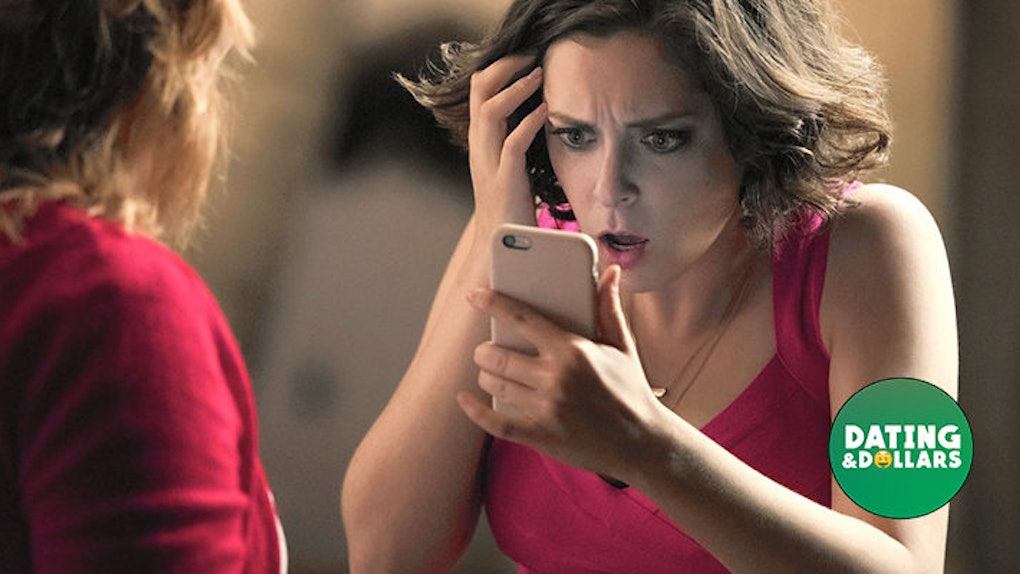 One of my favorite pastimes is endlessly stalking someone on one of my many social media apps.

If I go on a date with you, odds are, I've perused through the entirety of your Facebook photos, a few of your most recent tweets and who you're following on Instagram. (The hunt for your social security number doesn't happen until date two.)

Sure, this research can be done when you're currently seeing someone, but really, investigative efforts are best reserved for when you're no longer with the person.

If things ended on a sour note, you're probably curious to see if their new partner is hideous and fat, their life is in complete shambles and if they're failing at just about everything.

Instagram and Facebook have always been able to provide clear evidence of that. But so does Venmo.

The app allows you to send and receive immediate payments from friends, acquaintances and even secret lovers. All of your payments are out in the open, typically accompanied by witty captions or emojis for the world to see and decipher.

That is, unless you make a transaction private. But let's be honest, no one does that. If you make your payments private, you're just weird.

So, if you're interested in finding out more about your ex (or a brand new crush), all you need to do is swipe through that "Discover" tab on Venmo.

Though the payment amount is unavailable, you can still take an educated guess as to why Jon L. keeps sending eggplant emojis to Julianne C. three times a week.

Are they banging, and she's buying the condoms? Or do they just have a weird thing for vegetables?

A Venmo feed is also a surefire way to figure out someone's day-to-day activities. Consecutive payments with lightbulbs and computers are probably apartment-related, while several dancing red ladies with beer mugs probably means someone just spent their month's rent at the bar and are currently regretting it.

I won't get into what the #8 pool ball signifies. (Hint: It's hardcore drugs.)

Since everyone loves to play private investigator, a few women gave me their input as to why Venmo is so resourceful when it comes to stalking (and some told me why it's useless):

One day, I went to Venmo a guy I was dating for food, and I saw a girl had Venmoed him the spaghetti emoji. I dug deeper and saw different transactions with a sushi emoji and a beer one. Eventually, I called him out on all the times he canceled on me (to spend time with his Mom), and it was because he was hanging out with this other girl. He didn't even give a shit.

My ex doesn't use social media very often so Venmo is basically the only way I see if he's still dating his new girlfriend. Looks like things are going well — they just bought groceries together.

I always stalk my ex on Venmo. I get grossed out because it's always like chicken wings at some restaurant I hate, and I'm like, 'Did I even know this person?'

I stalked my current boyfriend's Venmo, like, after our very first date, but it wasn't that exciting. I wanted to learn more about him, like what he does, how often he goes out and stuff like that. It wasn't anything malicious or out of jealousy.

I was trying to stay good friends with a crush/guy I use to hook up with, but I was convinced he was hooking up with this girl I hated. He kept telling me he never really talked to her, but I kept an eye on his Venmo, and lo and behold, he charged her for, like, a margarita or something. I used that charge to prove I was right.

An ex who blocked me on everything since he started dating this new girl popped up on my Venmo feed. I saw him and his new girl paying each other for something with the TV and lightbulb emoji, which I can only assume are utilities, which I can also only assume means they're living together now.

I'm still friends with my ex on Venmo, but not on any other social media (Instagram, Facebook, etc.). If I'm curious, I'll go on from time to time to see who he's been Venmo-ing since we still share a lot of the same friends. It reveals so much — who he was with, when and, if the emojis are specific enough, what he was doing. Seeing that stuff doesn't really affect me, unless I can piece together the info and it's clear everyone was out without me. Then that means, on that night, they chose him over me. That sucks, but that's the reality of having mutual friends post-breakup.

Scroll as you may, interpret what you want and keep stalking your ex.

But just remember, Venmo never lies. And once you find something, you have to deal with that new knowledge. Even if it's eggplant, peach, O-face emoji ugly.

Citations: Have you ever stalked an ex on venmo before? (Reddit)