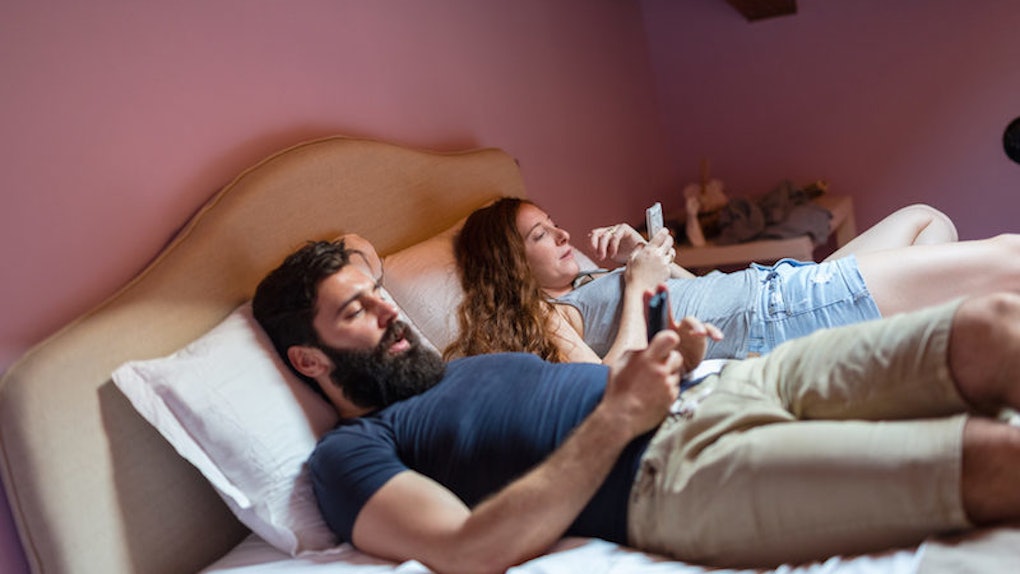 Here are eight reasons you should lay off the social media if you don't want to ruin your relationship and suffer a breakup that's even worse than it should be.

1. It's distracting us from actually spending time together.

I can't tell you how many times I've been out at a bar or restaurant and I see couples on their phones.

Maybe it's a first date that isn't going well, or maybe there's a huge news story going on that I'm missing out on. But most likely, you're just ignoring each other.

We are all addicted to our phones and soon, we may actually forget how to meet people in real life.

2. We're stalking each other.

At this point you already know everything you need to know, right?

And that's before you go into how we all stalk our exes...

Part of being in a relationship is being able to share things with each other that we may not share with anyone else.

Now that we have social media, people are telling EVERYONE literally EVERYTHING about their life.

Oh, your grandma is in the hospital and you need prayers? You got it.

You were offered the job you really wanted? Congrats!

When you tell people who are basically strangers these details about your life, sharing these things with your significant other loses its value.

You're lying to yourself if you don't get pumped when you reach a new all time high on likes on your latest Instagram post.

All the notifications, comments, likes, and follows are making our brains addicted to attention. We're looking for the newest way to get engagements on our social media instead of being happy with just the attention in our relationships.

Tinder launched and we started being able to connect with someone at the swipe of a finger.

A couple tough days in a relationship can lead to curiosity, which leads to wandering, which leads to actually matching with someone and maybe even meeting up with them.

Apps like Tinder have made it too easy to stray from a relationship when things get tough, instead of communicating and working through whatever the problem is.

And there are studies that say Tinder is ruining our self-esteem. Nah, girl.

6. We compare our relationships to others.

Just because a couple posts a picture on a beach at sunset does not mean they have a perfect relationship.

Anyone can post a cute picture with their significant other on social media. It doesn't mean their relationship is better than yours, so stop comparing the two.

7.  We jump to conclusions.

Just because your boyfriend's or girlfriend's ex liked their Instagram picture doesn't mean they're seeing each other behind your back. It also does not mean they are falling in love all over again.

A lot of people can't let go of the past and social media allows them to continue feeling connected.

A lot of people also like to create drama. Liking a picture, commenting on a post or even following or friending them will do just that. When we see two people connect on social media, we often jump to conclusions even though in reality, it's unlikely that they ever even speak.

8.  We focus on strangers' lives rather than our own.

It's hard to focus on ourselves when there are so many people sharing every single problem and achievement they have on social media.

We are starting to live vicariously through travel blogs and posts, instead of actually traveling ourselves. We're watching other people experience life through our computer and phone screens instead of living in the moment of our own lives.

Sad, right? Get off your phone and start talking to the person who's in front of you. Your relationship will thank you for it.