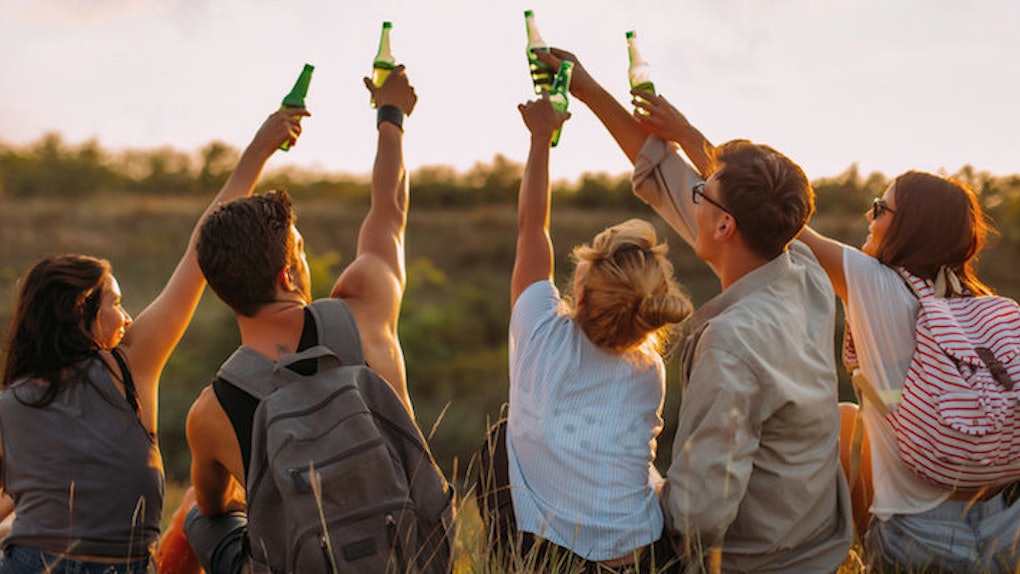 Bridal Party Drop Out: Why Single People Deserve Their Own Day

When someone gets married, there are a lot of presents involved.

There’s the bridal shower gift and the actual wedding present, not to mention the money you spend on travel to and from the various celebrations.

If you're in the wedding party, you could easily spend $2,000 when all is said and done.

When someone is having a baby, you again shower the couple with gifts.

You're buying wipe warmers and expensive little onesies the infant will eventually puke on.

Of course, you want to celebrate major life milestones with your friends, so these expenses are okay.

But here's the issue: If you haven't found a life partner or decided to have a baby yet, it's like society as a whole doesn't think you count.

You're still at the kids' table of life, even if you're doing important and amazing things on your own.

Sure, I suppose you could throw a party to celebrate yourself.

But can you imagine registering at Bed Bath & Beyond because you got a promotion at work or decided to move to a new city?

Your friends and family might have a few questions for you.

In reality, singles deserve celebrations just as much as newlyweds and parents-to-be.

In fact, I might argue we deserve even more encouragement because single life can be so hard.

The other day, my friend called me in hysterics because she saw a cockroach while she was taking a shower.

We live in Charlotte, North Carolina, and Southern roaches legitimately look like something out of "Jurassic Park." The panic was certainly warranted.

"How did you kill it?" I asked, mostly because I'm always trying to learn new methods of roach murder.

"Oh, my boyfriend was home, so I just screamed for him."

If that were me, I would be in the nude, scrambling to find Raid, crying and hoping to get the kill shot before the monstrosity disappeared into some tiny crack or crevice.

I would receive no type of reward for the bravery I would have shown.

You don't get a party where you register for Raid, Xanax and extra paper towels. You simply suck it up and do it because you're an adult.

A while ago, I was seeing a guy I thought I liked. I knew our relationship wasn't exactly on the "If you're a bird, I'm a bird" level, but I had hopes it would grow into something serious.

One day, after several months of dating or something, he told me he liked my stories, but he preferred I just listen to his instead.

Later on, it became clear he didn't know how to pronounce my last name properly. He hadn't bothered to retain this information.

Needless to say, we stopped seeing each other shortly after.

This was a valuable experience for me.

I learned a relationship can be fun, but not functional.

Yet, there was no ceremony where I wore a beautiful dress, and our friends and family gathered to celebrate the end of our short-lived union.

He and I didn't venture away to some exotic island together after.

Mostly, I just deleted him from Snapchat and put him in my phone as "Do not text."

Yet, the whole thing was an important life milestone for me.

I was growing and realizing I wanted more out of my relationships.

I was also discovering I deserved more.

This called for some positive attention.

I'm thrilled to rejoice in your desire to come together in holy matrimony.

I would love nothing more than to celebrate with you before your baby arrives.

But, I think we should be just as excited for single people, too.

Life is full of major moments that include more than just getting married and having a baby.

That instance when you suck it up and prove to yourself you can face an unpleasant task without help?

That's certainly something worth noting.

That moment when you begin to seek out healthy, loving relationships?

It's totally deserving of a party, complete with mini crab cakes and a DJ.